Skip to content
Home > CO > Loveland > Love Where You Live > Love Advice From the Valentine Stampers of Loveland, CO

Love Advice From the Valentine Stampers of Loveland, CO

Every year, 50 volunteers stamp thousands of valentines routed through the Loveland post office. We went to the mail room to meet them. 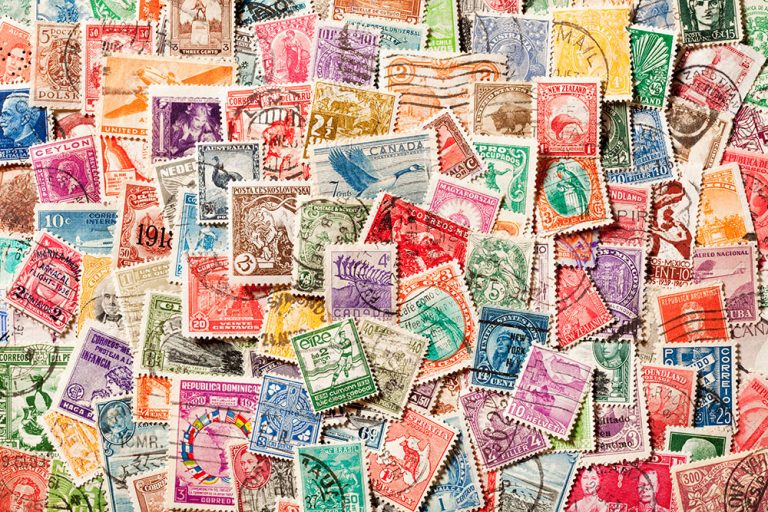 Every year, thousands of valentines are re-routed through Loveland, a northern Colorado city that enthusiastically embraces its charming name. For two weeks leading up to Valentine’s Day, 50 volunteers — mostly retired folks — hand stamp cards that arrive from all over the world.

In a makeshift mailroom, the festive volunteers are dressed in shades of pink and red, giving special treatment to the valentines. Each envelope gets two stamps: a romantic verse that’s selected in an annual contest, and a second one that shows the card traveled through “The Sweetheart City.”

“When February comes, this is where I belong,” says Delaine Phillips, who has been a volunteer stamper for 24 years. Her veteran status shows: while most volunteers sit down to stamp, Phillips prefers standing up because she’s found the technique helps her achieve firm, steady and consistent stamps.

Playing the role of Cupid, after all, is a coveted duty here in Loveland. The waiting list to volunteer is 98 names deep, and it’s rare for an opening in the Valentine’s mail room to open up.

Volunteers are mostly longtime Loveland residents, who share both a love for their city as well as the February holiday they’ve essentially been bequeathed by way of living here.

“In any relationship, you give more than you take,” says Phillips, a widow who was married for 64 1/2 years.

The story of how Loveland got its name isn’t romantic per se: the city’s name pays homage to William A.H. Loveland, the president of the Colorado Central Railroad. But over the years, residents of Loveland have assigned special meaning to their city’s name by adopting lovely traditions.

One of the February traditions is to adorn the city’s street lamps with giant hearts that, in exchange for a donation, can be dedicated to loved ones. A budding tradition is a “group wedding” on Valentine’s Day, in which lovebirds from all over the country flock to Loveland to say “I do” or to renew their vows. Of course, Colorado is a mecca for craft beer, and Grimm Brothers Brewhouse brews a special Valentine’s beer each year. This year’s is a cherry chocolate brown lager called, “The Bleeding Heart.”

But it was Loveland’s valentine re-routing program is what got everything started. The program began in 1946.

Anywhere between 100,000 to 200,000 Valentine’s Day cards get re-routed through Loveland each year, says Dixie Daly of the Loveland Chamber of Commerce.

The Valentine’s Day verse selected to make its way onto the 2018 envelope reads:

“Our Sweetheart City has a magical way to brighten up your Valentine’s Day. When you open your card, it will reveal the spirit of friendship and love we all feel.”

“Just the name Loveland is filled with so much love,” Daly says.

Volunteer Darlene Rivas waited almost a decade before it was her turn to volunteer as a valentine stamper. “Valentine’s Day is special to me,” she says. “I met my husband on Valentine’s Day.”

Her “how we met” story, though, is more romantic comedy than it is fairytale.

“He was a bartender and saved me from a drunk!” says Rivas, who, with her husband, moved to Loveland nearly three decades ago.

Jerry Westbrook and his wife Ruth Palmer volunteer together, stamping valentines while sitting across from one another. The two met in college, and have been married for 56 years. Westbrook began stamping in 2005 after retiring from a career in public service, because, he says, he wanted to continue serving his community post-retirement.

He and his wife established their family in Loveland because they appreciated the smaller community, good schools and friendly people. Each year, Westbrook takes his wife out to a new, local restaurant — preferably one on Main Street — for a Valentine’s Day date.

Betty Lamoureaux has been a volunteer stamper for a decade. A widow now, she and her husband enjoyed 67 years of marriage and moved from Minneapolis to Loveland in 1988.

A key to their happy and long-lasting marriage? She credits the ballroom dancing studios and square dancing halls in and around Loveland.

“We did a lot of dancing together.”