Slyhoff has been Pueblo chamber president since 1994 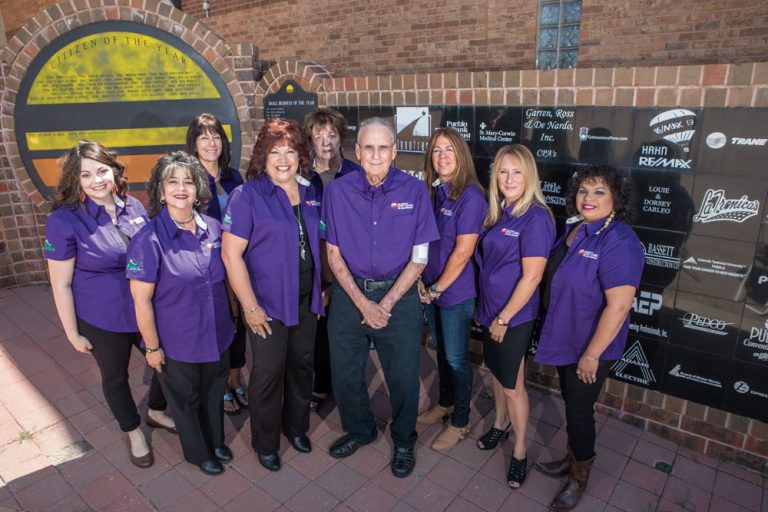 Rod Slyhoff came to work at the Greater Pueblo Chamber of Commerce in June 1988 as a 100 percent membership salesperson, so if he didn’t sell a membership, he didn’t make any money.

“It was that way for about one and a half years before I moved up to a salary plus commission,â€ he says. “Back then, I had two little girls and it was a bit tough, but we made it.â€

Slyhoff says things were especially difficult in those days because Pueblo was suffering through a 21 percent unemployment rate due to the downturn of the steel mill. He got through those years and in 1992 became vice president of membership, then in June 1994 was named interim chamber president.

“In October 1994, I became the permanent president and it continues to this day,â€ he says. “In 2019, I’ll be celebrating 25 years as chamber president.â€

Slyhoff has seen many positive changes in Pueblo since his early days as chamber president.

“For example, Union Avenue back then was a bunch of empty, rotting buildings that were facing demolition, but today it’s made up of historic buildings that have been refurbished and are just about all full,â€ he says. “Union Avenue is a thriving part of our Riverwalk district.â€

Slyhoff adds that downtown Pueblo was in a similar situation with several empty buildings, and the Eagle Ridge exit off I-25 had virtually nothing around it – just tumbleweeds.

“Eagle Ridge now has a Sam’s Club, American Furniture Warehouse and several hotels and restaurants, and the same progress has occurred along Pueblo Boulevard and in the Pueblo West part of the city,â€ he says. “In addition, we also have a beautiful St. Charles Industrial Park for attracting businesses.â€

In 1994, Slyhoff also played a big role in coming up with the slogan “Experience the Flavor of Puebloâ€ that is still used by the city today. To market that flavor aspect, he helped introduce a Chile Festival in 1994 to celebrate the harvest of the chile pepper that is unique to the area.

“The annual Chile & Frijoles Festival is still going strong every third weekend after Labor Day, and it has grown from a few thousand people in attendance to about 140,000,â€ he says. “It is one of the many reasons why it’s been fun being chamber president all these years. I’m happy to be part of this Pueblo community that had a great vision, and today is a great place to live and raise a family.â€