Pueblo covers the full color spectrum when it comes to the arts. 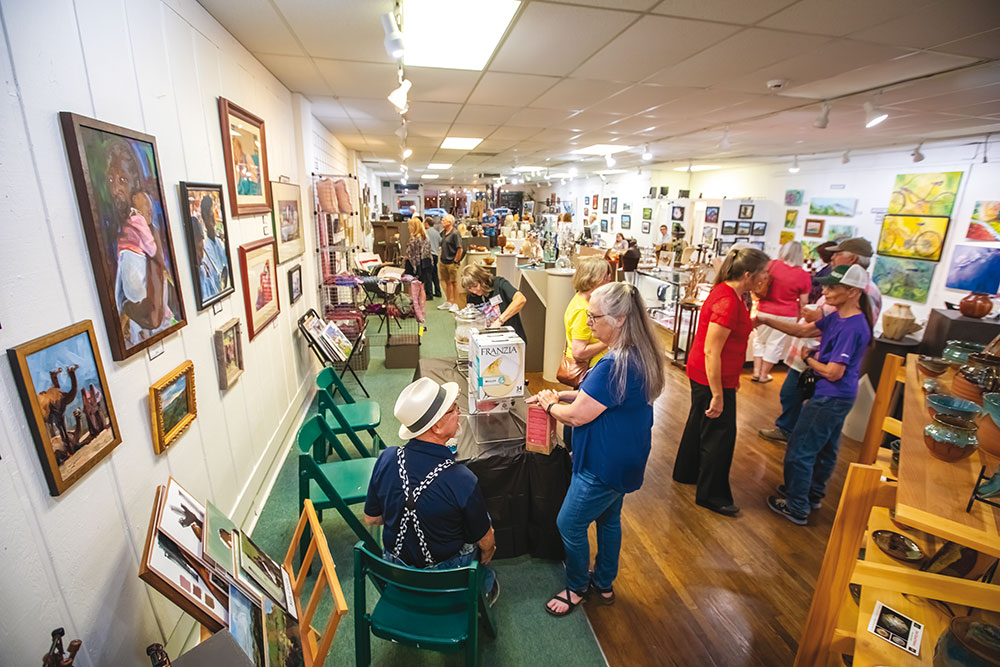 Many might think a community once primarily dependent on steel production would be anything but bright and colorful, and perhaps that’s why people are so blown away upon discovering the ever growing creative culture in Pueblo. Use this quick guide to explore the arts scene in a variety of ways, whether your preference be visual arts exhibits or performing arts presentations in music, dance and theater. 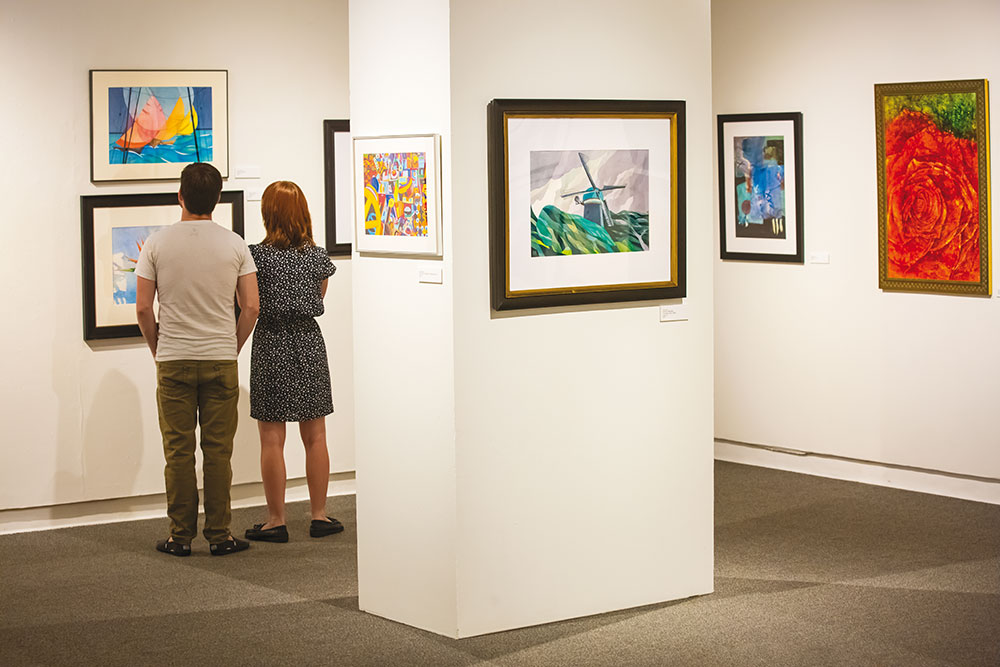 The Art Alliance Hub is part of the Arts Alliance Studios, a collective that provides affordable business or studio space to the Pueblo creative industry. For short-term needs, from an hour to a weekend, the Hub offers 1,000 square feet for classes, a gallery exhibition, meetings, rehearsal and workshop activities.

Drinks. Dinner. Drama. All are available under one roof for budget-friendly prices at the Steel City Theatre Company, where the spotlight is on productions for the entire family as well as shows for adult audiences. The Performing Arts Academy here offers small classes in dance, singing and acting for all levels. 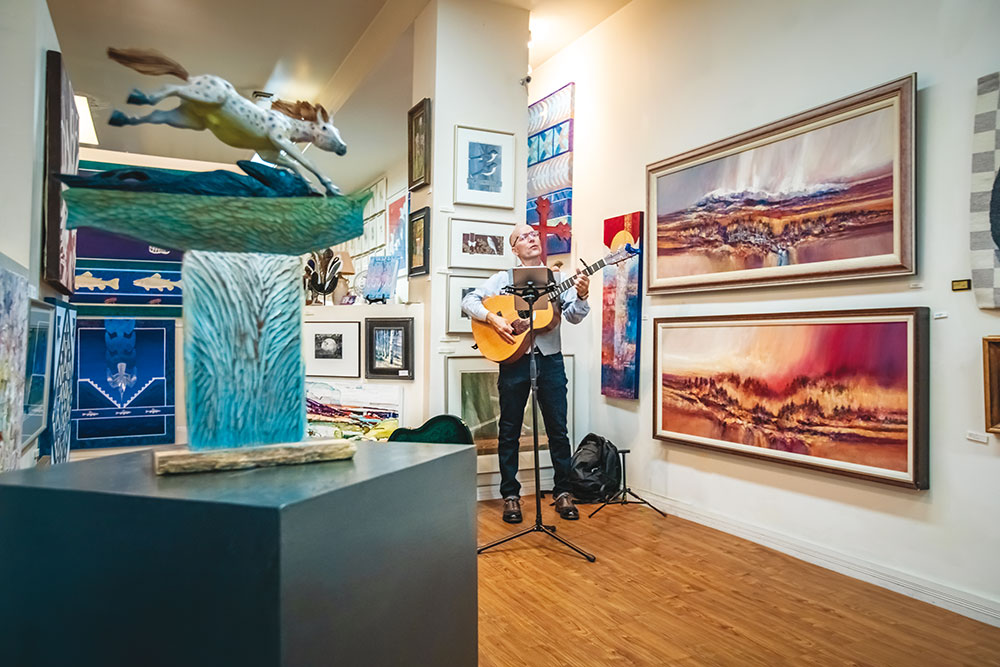 The Sangre de Cristo Arts and Conference Center stage sparkles every holiday season with “The Nutcracker,â€ a holiday tradition presented by this community-based, pre-professional youth company. Part of the center’s dance program, camps and beginning-to-master-level classes are taught with professional instruction at affordable rates.

The Watertower Place, located in the heart of the Grove area, is transforming a former meatpacking plant into a historic, mixed-used property suitable for business, retail and art events, such as the Change Your Mind Art Festival. It’s also a popular backdrop for video and photo shoots. Tours offered. 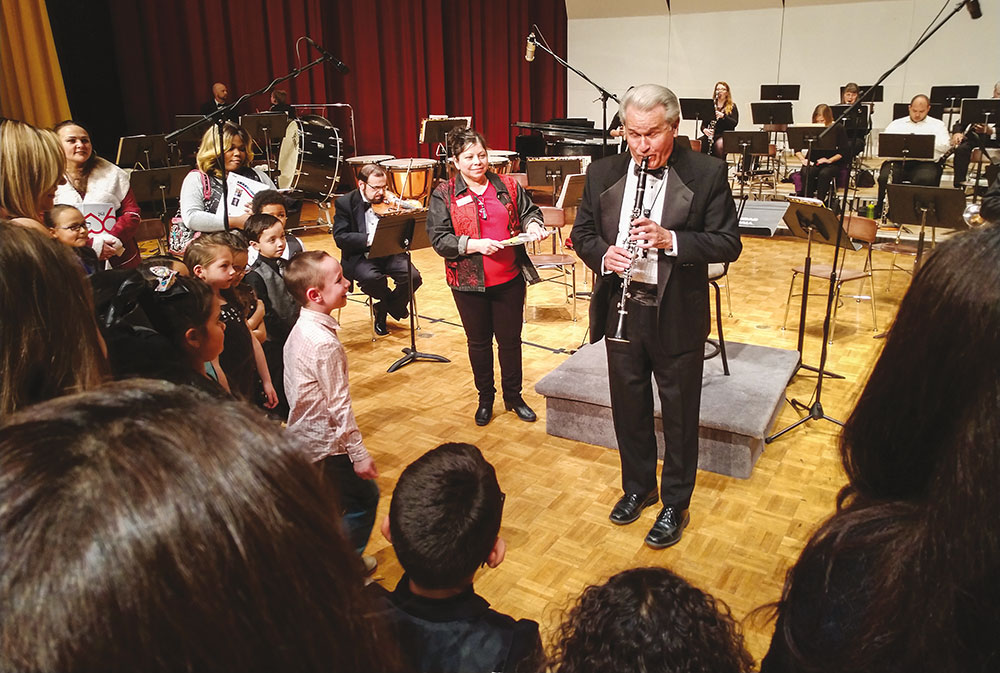 Under the direction of innovative conductor Jacob Chi, the Pueblo Symphony Orchestra will soar into its 92nd season in 2020. Seasons include a series of matinees, evening concerts and the popular July 4th performance. Music education is

a key component with the Pueblo Youth Symphony and free annual concert for all area fourth graders.

The curtain rises three times a year in historic Pueblo Memorial Hall on professional, live Broadway touring productions like “CATSâ€ and “The Color Purple,â€ brought to southern Colorado by the Broadway Theatre League. The organization celebrates its 60th season in 2019-20. 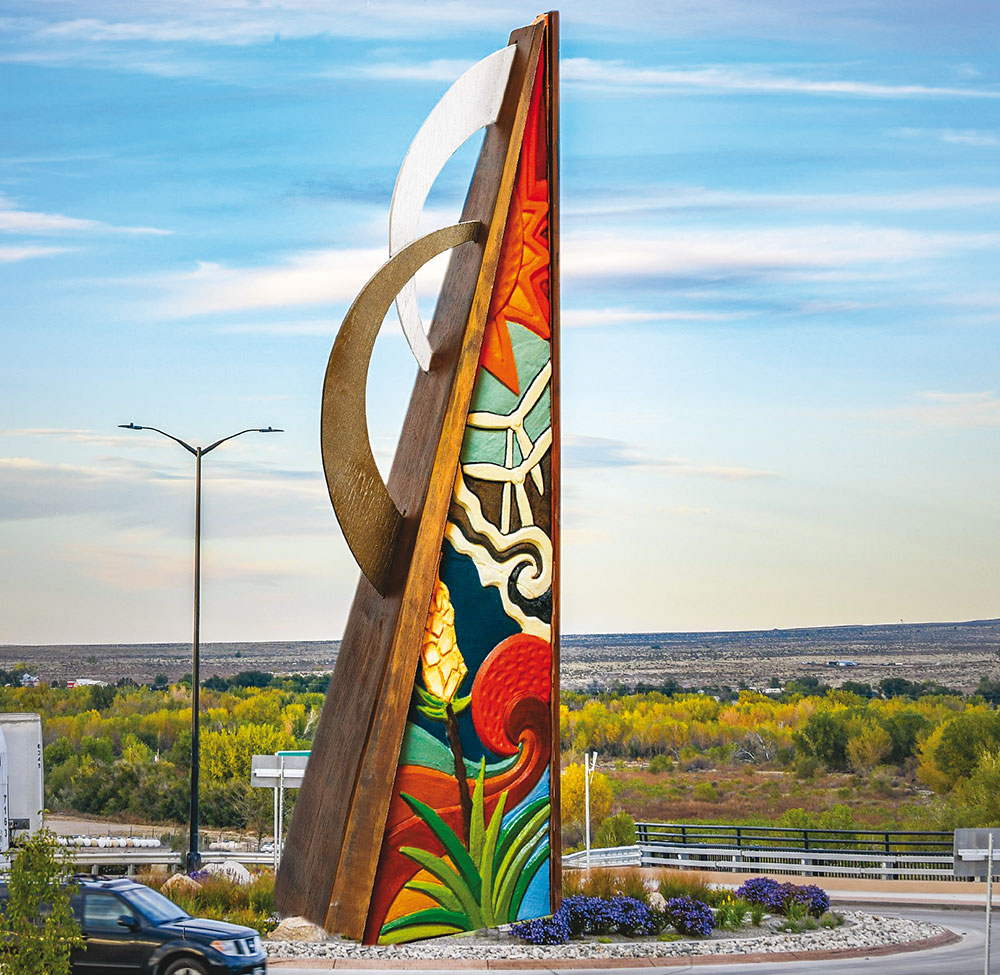 Courtesy of City of Pueblo

Whimsical sculptures of children and animals, respectful military monuments, stylistic benches, murals, reliefs, fountains and other creations of more than 160 pieces of public art enrich the city’s visual appeal. The Historic Arkansas Riverwalk of Pueblo is home to 50-plus works alone.

Recent additions include two magnificent 45-foot sculptures named “Gateway to the Southwestâ€ installed at the west and east roundabouts at Dillon Drive Bridge near Interstate 25. The pair of colorful obtuse triangles feature artwork from the area’s history, industry and landscape and serve as a symbolic entrance to the region. The new installation beckons arts lovers to explore the many sites that are part of Pueblo’s ever-growing creative dynamic. Virtual tours and installation details are available online. 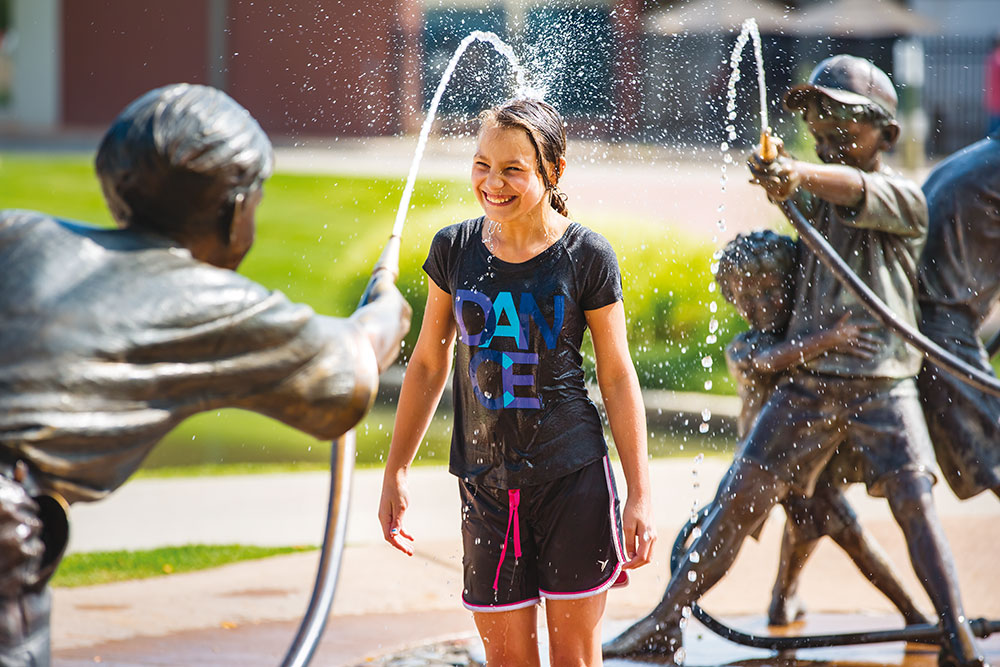 Voted the best museum in Pueblo, the multifaceted Sangre de Cristo Arts and Conference Center opened in 1972 and is an arts anchor, as it is home to the award-winning Buell Children’s Museum, Helen T. White Galleries, Jackson Sculpture Garden and a 500-seat theater with a varied bill of performance, comprehensive arts educational programing and a school of dance.

Visual storytellers can submit their short film, feature film and short script to the annual StoryMode Independent Short Film Awards or SISFA Fest, an event that celebrates the power of indie films nationwide. A combination of screenings, conversations, live entertainment and inspiration culminate in the Main Event awards show.

This private fine art school, whose name is an acronym for “See Art Grow in Everybody,â€ is making a bright brush mark across the city on nine murals students designed and painted. Voted Pueblo’s best art school, professional artists teach classes to all ages in various mediums and also host camps and workshops.