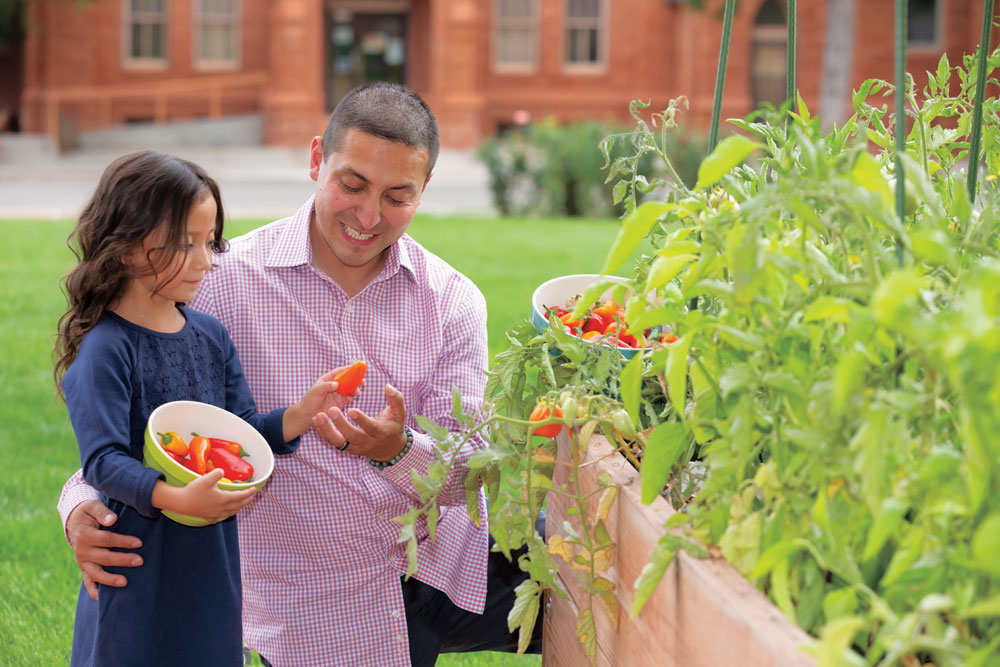 Even if the first bite is taken with great anticipation, the real flavor kicks in a moment later. And when it does, an already tasty dish becomes something special.

That is true for both the Pueblo Chile and the city that shares the name. Pueblo, CO combines several ingredients – a diverse population, affordable cost of living, deep cultural traditions, mild climate and, yes, delectable local cuisine – to create a community that provides spice for the slogan, “Experience the Flavor of Pueblo.”

“That’s not just about the food. We’re talking about the people, the climate, all the amenities,â€ says Rod Slyhoff, president and CEO of the Greater Pueblo Chamber of Commerce. “All that makes up the flavor of Pueblo, and we’re very proud of that flavor. It makes for a great place to live and visit.”

Hollyn Stephens discovered as much shortly after moving to Pueblo in 2016. The Louisiana native did exhaustive research on Pueblo moving to determine whether it had the characteristics she was looking for in a new city to call home. Then after arriving, Stephens discovered she had not factored in the secret sauce of Pueblo’s people.

“I was already excited about Pueblo, then once I got here I absolutely feel in love with the place, and a lot of it is because of the people,â€ says Stephens, sales manager for the Horseshoe Lodge and Retreat Center at Pueblo Mountain Park. “They talk about Southern hospitality, and we do have that in Louisiana. But Pueblo has its own level of hospitality. The people are so nice. It’s like they’ve known you for years. It’s been that way with every single person I’ve met.”

The Ins and Outs

Pueblo literally has a different feel from much of Colorado, since the weather in the high-plains portion of the state generally is warmer and less snowy than in the mountains to the north and west of the city. So the winters are relatively mild, while summer nights can be pleasantly cool.

“The weather here is beautiful,â€ Stephens says. “Coming from Louisiana, I didn’t want go have to deal with 8 feet of snow. Pueblo will get snow, which is nice, but it usually melts by the end of the day, and you can still get around.”

Because of an affordable housing market, it also is easy to stay in one place in Pueblo. Single-family home sales are increasing (up 12 percent in 2017) but still maintain a buyer-friendly average cost of approximately $200,000, according to real-estate broker Dennis Carey.

“One of the reasons Pueblo is a great place to raise a family is because of the home values,â€ says Carey, who also serves as chairman of the Chamber of Commerce Board of Directors. “Families can get into a very nice home at a very reasonable price. I’ve witnessed firsthand the great things happening in our neighborhoods with all these families coming in.”

Stephens says the affordability factor was a major incentive for her.

“I knew I would be able to buy a house, pay the bills and have a successful life here,â€ she says.

Going Silly For the Chile

Adding to the allure of Pueblo is the rich history of the region. There are 70 historic structures just within a half-mile-long section of the Union Avenue Commercial District. Several museums spotlight the city’s past, from the culture and traditions of the people (Pueblo Heritage Museum) to the growth of business and industry (the Steelworks Museum).

Pueblo also loves a good festival. In fact, the city has been the site of the annual Colorado State Fair (since 1873) for longer than there has been a state of Colorado (since 1876). The NSRA Rocky Mountain Street Rod Nationals, with more than 2,000 souped-up cars, has been rumbling into Pueblo each June for the past 35 years. In addition, numerous smaller events are held nearly every week at the 32-acre downtown Riverwalk along the Arkansas River.

And then there is the Pueblo Chile. This meaty pepper bursts with flavor after it’s roasted, making it an essential ingredient for many local dishes. In fact, the pepper is so popular that it is celebrated in the annual Pueblo Chile and Frijoles Festival, which draws approximately 150,000 people.

“All the food in Pueblo is amazing,â€ Stephens says. “Coming from Cajun cuisine, I was a little apprehensive about what it would be like here, but it’s been great. I don’t have one favorite restaurant. We make the rounds. That’s one of the many things I love about living in Pueblo.”

Experiencing the flavor of Pueblo can mean so many things, but clearly it applies to the city’s delicious food. Here are six must-try dishes to get a literal taste of Pueblo.

So Many Sloppers: The Green Chile Slopper is an iconic dish for Pueblo, but it’s not made the exact same way by the many restaurants that have it on their menus. Try them all to pick a favorite!

Lace Up Your Brews Shoes: Do a walking tour downtown and try all the local beer by visiting Walter’s, Shamrock Brewing and Brues Alehouse.

Dip ‘Em and Chomp ‘Em: For a quick app with kick, order a round of blistered shishito peppers (there’s ranch dip to cool them off) at Brues Alehouse.

Italian Goodies on Elm Street: Visit two of Pueblo’s oldest Italian establishments, which are within eyeshot of one another, Gus’ Place (est. 1933) and Gagliano’s Italian Market & Deli. At Gus’, do the famous Dutch lunch – an assortment of cold cuts, cheese, bread, onion and peppers for DIY sandwiches, then pop in across the street for imported and homemade treats plus tons of kitchen gadgets.

Bingo Burger: A cheeseburger cheat meal never felt so good, in part because most ingredients are local, including beef patties infused with green chiles.

Perfect Pizza:  The most authentically Pueblo pizza is Angelo’s Musso Farms style with sausage, pepperoni and Musso Farms green chiles, but it’s all good. Enjoy it on one of three outdoor patios on the Riverwalk.