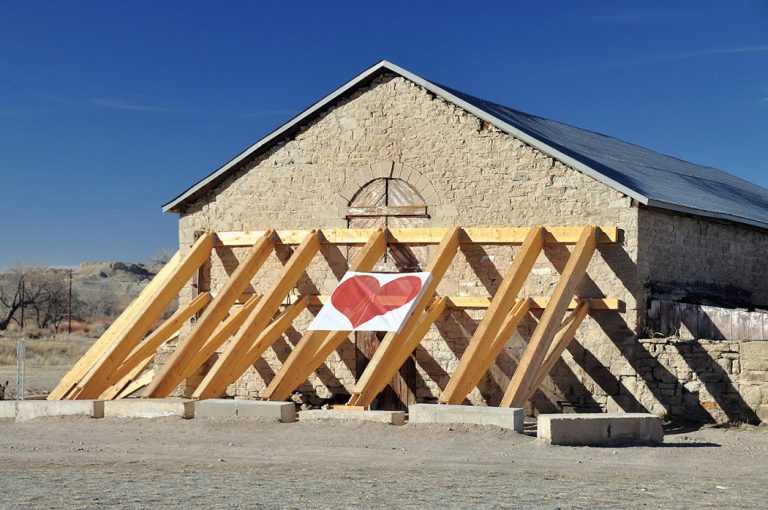 Courtesy of the Goodnight Barn

If you’ve read Larry McMurtry’s Pulitzer Prize-winning novel Lonesome Dove, then you are probably familiar with cattle driver Charles Goodnight and partner Oliver Loving, on whom McMurtry’s book is based, and the role the two played in settling the American West. But what many may not know is the pivotal role Goodnight also played in shaping Pueblo’s history.

As Pueblo was being settled in the 1860s, famed cattleman Charles Goodnight was herding cattle that had roamed free during the Civil War from the Texas Panhandle to Denver. In 1869, he brought his cattle drive to Pueblo, fell in love with the land and decided to settle there, building his Rock Canyon Ranch near Lake Pueblo. Goodnight and his ranch hands built the ranch’s cattle barn by hand from sandstone quarried from the nearby canyon. The barn, which still stands, is the oldest barn in the region and is one of the most significant agricultural structures in Colorado. Though the barn was listed on the National Register of Historic Places in 1974, it fell into disrepair.

In 2012, Historic Pueblo Inc. became interested in the barn’s restoration. The Goodnight Barn Historic Preservation Committee was formed and began raising funds to restore the barn, which is owned by the city, to its original (circa 1870) state.

“Goodnight and his partner Oliver Loving brought ranching in a big way to Pueblo, introducing the first longhorns to the area,â€ says Laurel Campbell, co-chair of the Goodnight Barn Historic Preservation Committee and standing member of the City of Pueblo Goodnight Barn Stakeholders’ Group. “The barn signifies the Western heritage of southern Colorado. It’s what really defines the Pueblo area. Before the steel mills came in, it was one of the largest employers.”

In addition to fundraising, Campbell says the group also wants to raise awareness of the barn’s significance in Pueblo history. The organization developed a PowerPoint presentation for other community groups and schools to educate the public about Charles Goodnight and the role he played in Pueblo history.

Goodnight Elementary School, for example, voted to change its mascot from the Goodnight Gophers to the Goodnight Longhorns after viewing Campbell’s presentation and learning more about the school’s namesake. The Goodnight Barn Historic Preservation Committee also was named the 2016 Colorado State Fair Parade Grand Marshal.

Campbell says they hope the barn will become a signature structure for the city as well as a major tourist attraction. The barn and the 1.5 acres it sits on belong to the city of Pueblo, but are also part of the Lake Pueblo State Park.

“The plan then is for visitors to the barn to have access to the state park’s resources, such as restrooms and walking trails and parking spaces,â€ she says. “We want to make it a stop for tour buses. Another group in town is organizing field trips for school children. We also want to have interpretive signs around the barn. Western history is a big tourist attraction right now. Many people love learning about the Old West.”

The organization is writing grants to raise money to complete the masonry. The group also hosts fundraisers, such as the annual Goodnight Chuck Wagon Dinner.

The barn signifies the Western heritage of southern Colorado. It’s what really defines the Pueblo area.