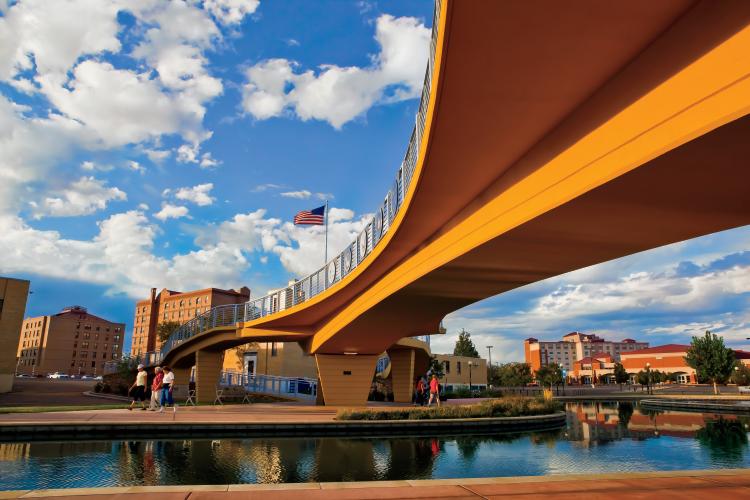 Pueblo has long been attracting fun-seeking tourists who enjoy the city’s picturesque scenery and vibrant culture, as well as annual events such as the Colorado State Fair and the Chile & Frijoles Festival presented by Loaf ‘N Jug. But now it’s easier than ever for tourists to explore the city, thanks to the launch of a new smartphone app, Visit Pueblo.

Launched by the Greater Pueblo Chamber of Commerce in August 2015, the Visit Pueblo app is designed to help visitors and residents easily find great places to eat, stay and play.

“The Visit Pueblo app will not only benefit visitors, but also people in our own community,” says Donielle Gonzales, Visit Pueblo coordinator for the Greater Pueblo Chamber of Commerce. “We often hear people say they have lived here all their lives and never experienced all Pueblo has to offer.”

With just a touch, app users can explore Pueblo’s restaurants, find a hotel that best suits their needs, or browse all of the city’s attractions, museums, galleries and recreational activities. It also has an itinerary builder that arranges a user’s selected restaurants and attractions into one agenda, and it sends notification reminders about upcoming events.

“It’s a great way to keep Pueblo in front of people before they come and after they leave,” Gonzales says. “People are relying more and more on their smartphones as they travel, whether for mapping or to search where the best place to eat is. It’s important for Pueblo to stay ahead of the game, because travelers crave that interaction; it makes that trip stand out.”

“With 100 acres and 57 buildings, the fairgrounds can host a large variety of events, from big-name concerts to camping for over 500 RVs to national horse shows,” says Dani Griffith-Traweek, event marketing and sponsorship director for the Colorado State Fair. “The grounds are easily accessible from Interstate 25, centrally located nationally and can handle multiple events at a time, if necessary.”

The Colorado State Fair happens in late August, drawing more than a half million people for carnival rides, fair food, livestock shows, PRCA Rodeo and more. The next largest event at the fairgrounds is the Rocky Mountain Street Rod Nationals, where 2,000 cars from across the nation converge on Pueblo for three days at the end of June.

“We also hosted nine national horse shows over the course of the year, with the potential to add two more next year,” Griffith-Traweek says. “The Professional Bull Riders in January is always a huge hit, as well as the Bluegrass at the Fair festival at the end of May.”

Besides drawing these visitors to local businesses and attractions, the app is geared toward helping enrich the experiences of the many people who attend Pueblo’s popular festivals.

“Our whole downtown has that chile aroma in the air for the weekend, and people come from all over the state to buy roasted Pueblo chilies,” says Rod Slyhoff, president of the Greater Pueblo Chamber of Commerce. “It’s a fun family festival where more than 50 different bands play. We average about 180 vendors, 50 of which are food vendors. We’re known as a foodie city.”

Another highly anticipated downtown event is the Boats, Bands and BBQ Cook-off in June. More than 50 cooks compete in the Kansas City Barbeque Society sanctioned cook-off on the Pueblo Riverwalk, where the whole family can enjoy food, live music, a kids’ fun zone, boat rides and a hot-wing-eating contest.

For more information on Pueblo events and attractions, download the Visit Pueblo app.