Enjoy excellent outdoor recreation (almost) all to yourself 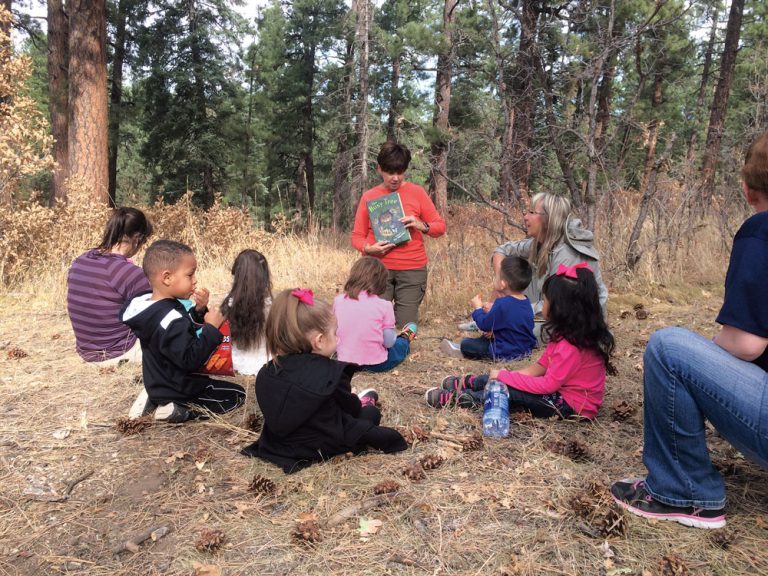 People who want to get away from it all can actually do so in Pueblo. Unlike some outdoor recreation hot spots, there are not overwhelming crowds packing every trail and waterway in the area. Instead, there is the opportunity to truly enjoy the peace and quiet of nature, whether it’s hiking at Pueblo Mountain Park, fishing the Gold Medal waters of the Arkansas River, or boating and camping at Lake Pueblo.

“Every trail is not filled with people. Every natural place doesn’t have 50 cars parked there,â€ says Bob Walker, owner of The Edge Ski Paddle & Pack outdoor equipment store. “With very little effort, you can have some beautiful places around here almost to yourself.”

That was one of the things Alex Zipp noticed when he moved to Pueblo in 2006 after spending 17 years living in and around Denver. A fishing and hiking enthusiast, Zipp says he appreciates the more relaxed atmosphere that can be found on Pueblo’s trails and waterways.

“You’ll go out and see other people, but it’s really not crowded,â€ says Zipp, who has owned and operated the Drift Fly Shop since 2011. “I’ve lived some places where it’s not as relaxing to go out on the trail systems because they’re almost like mini-highways with the amount of traffic they have. The quieter pace of life in Pueblo is something that’s harder to find these days. We’re kind of spoiled with that.”

A lack of large crowds does not necessarily mean a lack of popularity. Fly fishing in particular is one of the biggest outdoor recreation draws in Pueblo, as anglers from throughout the nation flock to the region, especially during the mild winter months.

For many, their destination is a 9-mile stretch of the Arkansas River running from the dam at the Pueblo Reservoir to the confluence with Fountain Creek. Known as the Pueblo Tailwater, this section offers some of the best trout fishing in the nation. In fact, the upper 4 miles of the tailwater was featured in the book, “The 50 Best Tailwaters to Fly Fish.”

“The Pueblo Tailwater has really grown in popularity, primarily as a winter fishery because of the mild climate and ease of access from November through March,â€ Zipp says. “It’s definitely gone national and been written about over the last couple of years. We see a high number of people traveling here from neighboring states, and some from as far away as New York.

“It’s the most convenient and best winter fly-fishing conditions in the state. That’s what draws a lot of people here initially. But it’s the quality of the fish that keeps them coming back. Some of the best fishing of the year comes in the spring and fall, when it’s less crowded.”

Of course, there is much more to do on the water than just fish. There also are plenty of opportunities for kayaking, canoeing, boating, jet-skiing and tubing. Lake Pueblo alone has more than 4,600 surface acres of water and 60 miles of shoreline, as well as nearly 10,000 acres of land with approximately 500 camping spaces.

Water recreation can even be enjoyed in downtown at the Pueblo Whitewater Park. This half-mile stretch of the Arkansas River features a total of eight manmade drops of varying sizes.

“That is one of the fastest-growing sports I deal with,â€ Walker says. “The Pueblo Reservoir also provides great paddle boarding in closed-off areas where you’re not dodging motorboats and jet skis.”

And while Pueblo itself sits on a high desert plain, it is an easy half-hour drive to get to the surrounding mountains. In addition, the Monarch Mountain snow ski area is less than two hours away.

“Pueblo sometimes gets overlooked for its outdoor recreation, but it’s a great place to be outside,â€ Walker says. “The weather is perfect for it. There are only a few days out of the year that you can’t get out. When everybody else is frozen up, we’re outside enjoying all the things there are to do around here.”

So which is better? Reading a book to preschool-aged children while sitting under the florescent lights of a climate-controlled classroom, or reading that same book to them from under the shade of a towering maple as a light breeze blows?

That, in essence, is the concept behind the new Earthkeeper Nature Preschool, which made its debut this past August at the Pueblo Nature and Wildlife Discovery Center. It is a typical preschool class, but without the room.

“A lot of it is simply doing what you normally do inside at a preschool, except you do it outside,â€ says Dave Van Manen, founder of Pueblo’s Mountain Park Environmental Center. “It’s a belief that the outdoor environment is a natural learning place for young children. We want nature to the primary classroom for them.”

The preschool, which is licensed by the state of Colorado, is open to children ages 4 through 6. Classes are held twice a week, with the choice of a morning or afternoon session each day. And while the curriculum includes elements of nature awareness, other traditional subjects such as reading, math and language skills are taught as well.

“Basically, we’re just trying to get kids outside,â€ Van Manen says. “We have a generation of kids who we’ve just plugged in. They know more about the rainforest in Brazil from their computer than they know about the types of trees that grow in their own yard.

“So we’re really trying to introduce children to their local nature, and to unplug them. We’re not anti-technology. We just want nature to sometimes be an alternative to technology for these young children.”