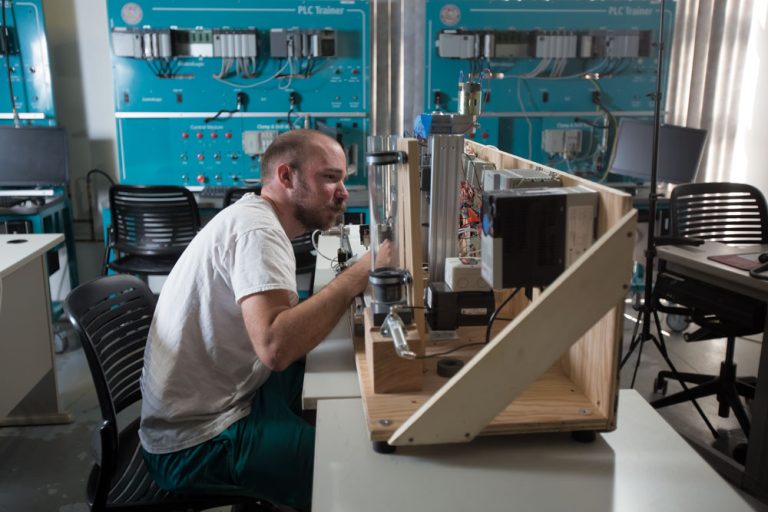 Pueblo’s workforce development leaders in the business community and in higher education are working together to give students the training they’ll need in the job market and employers the trained workers they need, from welders to nurses.

“By increasing nursing we are increasing access to care, and quality of care – one of our major drivers. And we’re impacting the workforce too, putting out 40 more nurses a year,â€ says Dr.  Joe Franta, associate dean of the School of Nursing, Colorado State University-Pueblo.

The Pueblo campus has been growing undergraduate enrollment for several years, admitting 130 students in 2018 for an enrollment of 360 students.  It also offers a two-year master’s degree program and is opening a four-year doctoral program which will focus on “the proactive side of nursing and quality improvement in patient care,â€ Franta says.

After a four-decade effort by many, the department of nursing was finally elevated to School of Nursing status in January 2017, which Franta says will greatly increase the quality and accessibility of health care in the region.

“By offering the university’s first doctoral program, the School of Nursing will stimulate the local, regional and university community and be a point of pride for students and faculty as we continue to evolve and grow,” he told an audience of more than 400 at the announcement of the new nursing school.

“For Pueblo, I think I saw one number that there are 300 open nursing positions,â€ Franta says. “Business Insider in 2016 listed registered nurse as the No. 1 best job of the future for 2024, with an estimated increased need of 439,300 new positions nationally.”

“The Mobile Learning Labs are fully stocked with the same equipment you’d see in an on-campus lab. We can take the lab on-site and be set up and ready to go within an hour,â€ says Amanda Corum, executive director of Pueblo Corporate College. The labs bring state-of-the-art training, whether it’s practical math applications for wind-tower manufacturing workers or welding techniques for several area employers, allowing workers to step outside the classroom and immediately use the skills they’ve learned.

To date, the Mobile Learning Labs have helped create 975 new jobs and have been used to train 2,136 people, who now earn an average of $52,000 annually, Corum says.

In addition to its significant impact on the local economy, the Mobile Learning Labs program has earned PCC several prestigious honors, including the Economic Development Partnership award from the Economic Development Council of Colorado and the Community College Futures Assembly Bellwether Award saluting cutting-edge programs. In July 2018 it was one of only two winners of the Exemplary Program Award from the National Council for Workforce Education.

“PCC has been nationally recognized for our unique ability to offer training programs to a diverse population of learners,â€ says PCC President Patty Erjavic. “More importantly, we take pride in our educational contributions to a much-needed skilled workforce. This initiative is not just a fleeting fancy. It has proven to be sustainable, replicable and impactful.”