One person who made a big difference in Pueblo. 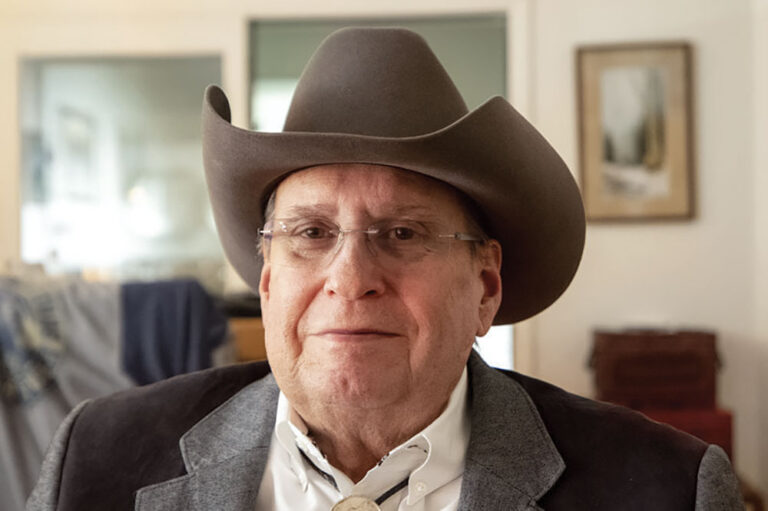 Courtesy of Pueblo Chamber of Commerce

Rod Slyhoff resided in Pueblo for over 50 years and served the Greater Pueblo Chamber of Commerce from 1988 to 2021. Before becoming president and CEO in 1994, Slyhoff held the positions of vice president of membership and small business development, membership director and account representative. Before his work at the Greater Pueblo Chamber, he served as the executive director of Junior Achievement of Pueblo and worked as Pueblo’s KC Furniture Store manager.

Rod served as a juror for the International Brock Education Award, president of Colorado Chamber of Commerce Executives, chairman of Pueblo County United Way and chairman of the Southern Colorado Business Partnership. He received several awards over the years, including the United Way Ambassador Award of Excellence, Mel Harmon Community Award by Southern Colorado Press Club and Distinguished Service to the Community Award from CSU. Rod was a member of the Lions Club for over 20 years and was involved in Rotary 43.

As president of the Greater Pueblo Chamber of Commerce, he saw membership grow from 800 to over 1,300 members. He lobbied the Chamber’s Legislative agenda at the state capital and presented several times at the National Education Trust Conferences on business involvement in systemic changes in education to improve the future workforce. Rod facilitated the Legislative Breakfast to connect elected officials with the Pueblo business community. He also organized the Legislative BBQ on the opening day of the state fair, bringing over 700 community members and state leaders together. He was instrumental in building Pueblo’s Sister City relations with Chihuahua, Mexico, by developing opportunities for business and tourism exchange.

the community. The Greater Pueblo Chamber of Commerce created Leadership Pueblo from those difficult times to raise up new leaders. Under Rod’s direction, over 1,000 Puebloans have since taken part in this six-month, in-depth, behind-the-scenes look at Pueblo.

Touted as one of Rod’s craziest and most genius ideas is the creation of the Pueblo Chile & Frijoles Festival. He pleaded with farmers to agree to roast their chiles and sell their produce in Pueblo for a one-day harvest celebration. Twenty-seven years later, the Chile & Frijoles Festival has grown from 2,500 people on one downtown block to over 160,000 over 10 city blocks.

In 2009, the state of Colorado created the Regional Tourism Act (RTA), a piece of legislation designed to help fund large tourism projects by allowing communities to keep state sales tax funds that are generated over a 30-year period within designated zones and to put the money toward infrastructure and other costs associated with the projects to attract new visitors from out of state. Rod quickly assembled a team of community leaders and put together a unique downtown development project intended to attract club sports events, trade shows, conventions and military reunions, among other things. In 2012, Pueblo became one of five projects approved by the Colorado Economic Development Commission, paving the way for a $35 million investment in its future. In 2019, Pueblo celebrated the grand opening of a 52,000-square-foot expansion to the Pueblo Convention Center that featured the state-of-the-art PBR Sports Performance Center. Other project components included the new Main Street parking structure, expanded Medal of Honor Memorial and Walk of Valor, and Heritage Events Plaza.

In 2016, parlaying the momentum of the RTA Project, Rod once again rallied local leaders and chaired a campaign that successfully passed ballot initiative 1A, allowing Pueblo to capture expiring tax incentives from Vestas wind towers, Black Hills Energy and GCC of America Inc. and use up to $66 million in revenue until 2032 to fund a list of 20 county-wide projects. This initiative allowed for essential improvements to areas that likely would not have seen funding for years.

Rod was an avid baseball fan and thoroughly enjoyed Pueblo and promoting it as a great place to live and raise a family. Rod passed away on March 1, 2021, at the age of 66. He is survived by his wife, Alice, two daughters, five grandchildren and one great-granddaughter. Rod left a lasting inspirational impact on this community to “Experience the Flavor of Pueblo” – the tagline he created to promote Pueblo.