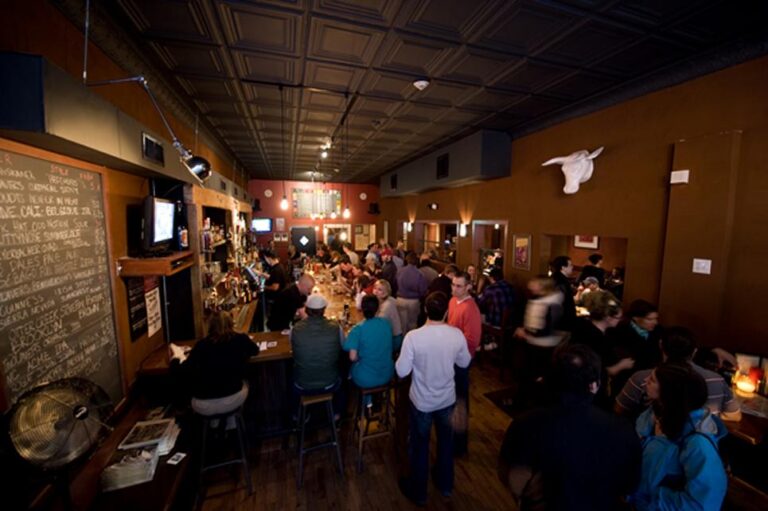 Home to Yale University, one of the nation’s most prestigious educational institutions, New Haven, Conn., offers a sophisticated mix of entertainment options that appeal to those with discerning tastes. With the university’s renowned art gallery and esteemed Center for British Art, New Haven is a bit more elevated than the average college town, and its restaurants testify to that fact. New Haven was ranked as one of the Top 10 Foodie Cities in 2014, and after much studying, we’ve identified five of the best restaurants this city has to offer. Take a look, or better yet, take a taste.

Caseus’ goal is simple: bringing a respectable neighborhood fromagerie and bistro to New Haven. And they mean to all areas of New Haven – the Whitney Avenue French restaurant has their very own food truck. Simply dubbed “The Cheese Truck,” the fromagerie-on-wheels serves souped-up grilled cheeses that include gruyere, Swiss and add-ons such as bacon, arugula, and even mac and cheese. Back at the restaurant, diners can expect an array of cheese pairings, from a sampler cheese board to Swiss chard with whole-grain mustard. Caseus also offers baby beet salad, onion soup gratin, and poutine with frites and Chicken Jooz Maplebrook VT Cheese Curds. If you like what you eat, Caseus also has a store with an array of cheeses and other spreads available for purchase.

This brasserie, located minutes from Yale’s campus, upholds the prestige of the Ivy League area. With an ambiance that is described as “infused with modern sensibility,” the cafe is a desirable spot for weddings and private events. With a raw bar and seared Irish salmon, Union League Cafe can be a destination for a celebration or an upscale lunch with the three-course prix fixe lunch.

We know that New York and Chicago have everyone’s favorite savory pie covered, but if you ask a New Haven local where to find the best slice of pizza they have had, they will probably direct you to Frank Pepe Pizzeria in Wooster Square. Truly a family-oriented restaurant, Frank Pepe set up shop at the Wooster Street location in 1937 and lived with his family above the restaurant. Ever since then, his family has been serving New Haven and the surrounding area trademark favorites, such as the original tomato pie with mozzarella.

Prime 16 doesn’t look like your average burger joint, and it isn’t. Besides using Angus beef with no added hormones and antibiotics, Prime 16 keeps it fresh with weekly specials, such as the Turkey IPA burger and a burger dubbed The Black Mac – a blackened beer burger with fried mac and cheese, smoked applewood bacon, and chipotle-tobacco sauce sandwiched between a sweet potato roll. Burgers like the Smoker – a gouda, bacon, mushroom, onion, veggie and garlic aioli-adorned sandwich – and the build-your-own burger are consistently guaranteed to keep you coming back for more. And for vegetarians, the Temple Street restaurant offers an array of sandwiches and salads, such as the pesto grilled cheese and spicy Caesar salad.

Those coming to Miya’s Sushi to find sushi staples may be a little hard-pressed to find them. On the menu, they will find eye-catching unique rolls such as Catfish Blues – catfish, asparagus, apricots and black beans – and Crickleberry Brie rolls with crickets, brie and apricots. For those not feeling adventurous, a few interpreted classics such as California Roll Royale are offered. Besides holding the title of New Haven’s first sushi bar, the sushi spot also has a James Beard Foundation Award nomination and uses all sustainable seafood.