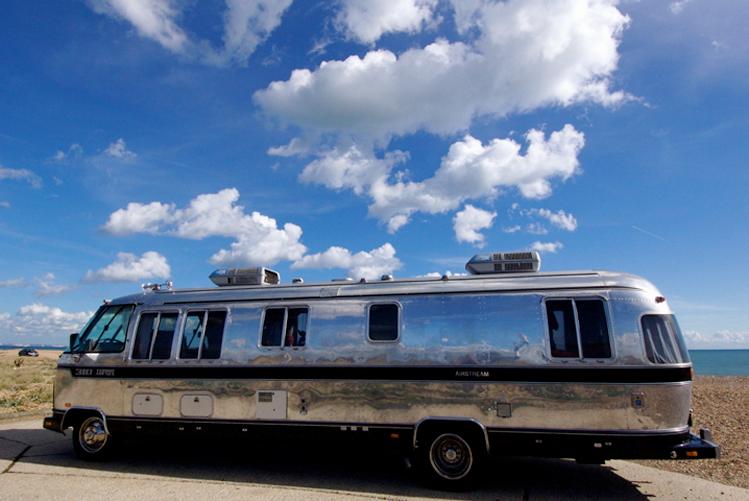 Airstream owners from around the country can travel just about anywhere their GPS will take them, but there is one destination that stands out among all others.

In fact, it’s more like a sacred expedition when they take off for Jackson Center, Ohio, the place where the Airstream recreational vehicle has been manufactured for more than 60 years. It may be a town of fewer than 1,500 residents, but it’s a mecca for those who live and breathe the Airstream lifestyle.

“If you’re traveling and you talk to people who own an Airstream trailer, they know the plant is in Jackson Center,” says Scott Klopfenstein, the town’s mayor. “So yes, Airstream has brought a lot of identity to our community.”

Klopfenstein, who worked at Airstream for 13 years, says the company has not only become a cultural icon of sorts, but it has also had a profound impact on Jackson Center’s economy and lifestyle.

“It’s been a real staple in our community, something we’re real proud of in Jackson Center,” he says. “Just about everyone here has either worked there or knows someone who has. It’s one of the area’s largest employers, and it has been the largest corporation in Jackson Center for years.”

Such is the popularity of Airstream that a club of devoted owners was formed back in 1955. Known as the Wally Byam Caravan Club International, Inc. (WBCCI), the Jackson Center-based club is one of the world’s largest recreational vehicle organizations with more than 12,000 members. Local units are found across the United States and Canada, with the home office offering a variety of caravans, rallies and activities.

And the Airstream company itself, along with Luhr’s Airstream Life magazine, holds a festival in town every year known as Alumapalooza. With 2014’s event scheduled for May 27-June 1, Airstream owners and enthusiasts can enjoy a variety of seminars, live entertainment, factory tours and other activities.

“With Airstream being iconic, it’s sort of a passport,” Luhr says of the perks of owning one of the trailers. “You get to go places and see things that you might not have been able to otherwise.”