An overview of businesses in the Wilkes County, from Tyson Foods and Lowe's to Smokey Mountain Avionics. 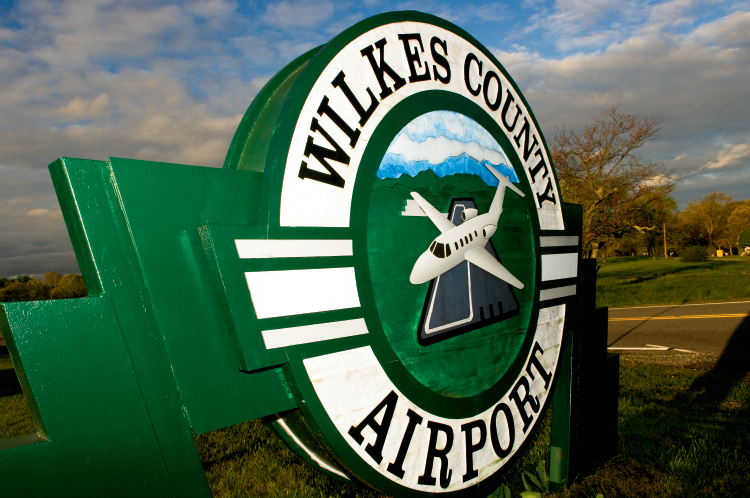 Over and over‚ small-town America continues to crank out various renditions of the American dream. But‚ light years away from “hometown boy makes good‚” Wilkesboro’s dream-come-true story seems never ending.

It's the story of a World War II veteran named Carl Buchan, who created one of the largest home improvement retail chains in the nation – Lowe's. The story illustrates the entrepreneurial spirit that Wilkesboro continues to foster.

Wilkes County is also where Tyson Foods got its start, and is home to Gardner Glass, Key City Furniture and AJC. In addition, the Advanced Materials Cluster was formed in 2004, when county managers in Wilkes, Ashe, and Alleghany came together with Wilkes Community College for the purpose of creating a sustainable and forward-reaching economy in northwest North Carolina.

Manufacturing of high-strength nickel alloy, fiber reinforced polymers, thermoformed plastic components and the transitioning of traditional materials for use in advanced materials products, have proven to be ideal industries for northwest North Carolina. They create clean, safe, high-paying jobs, that can be located in a region built upon cooperative competitiveness.

But back to Buchan's story, which begins in the mid-1940s. That’s when he returned home from the war to take his place as half-owner of North Wilkesboro Hardware‚ a store his wife’s father had incorporated in 1921.

A few years later‚ Buchan bought out partner and brother-in-law James Lowe’s share of the store, enabling Buchan’s dream of creating a chain of hardware stores that eventually gave birth to Lowe’s. Over 1,700 superstores later‚ the story of Lowe’s Companies Inc.‚ a home improvement chain that stretches across 50 states and locations in Canada and Mexico.

“It takes big plans to do big things‚” Buchan was fond of saying.

The men and women who run Wilkes County Airport have big plans, too. The airport is what has attracted several businesses to the area, including Smokey Mountain Avionics and MX Aircraft.

DoveAir is a small business jet sales company that maintains an impressive inventory of its aircraft at Wilkes County Airport. Smokey Mountain Avionics produces and installs instrumentation and radios that pilots need for safe and successful flights. MX Aircraft builds sports, aerobatic and race planes, then tests the aircraft at the airport before selling them to customers who hail from throughout the United States and beyond.

A total of 23,000 flights fly in and out of Wilkes County Airport every year, for an average of about 50 every day.

Find more on the business climate in Wilkesboro, NC.