Discover how Greater Baltimore health-care sector and colleges are driving innovation in cyber security, information technology, and other fast-growing fields. 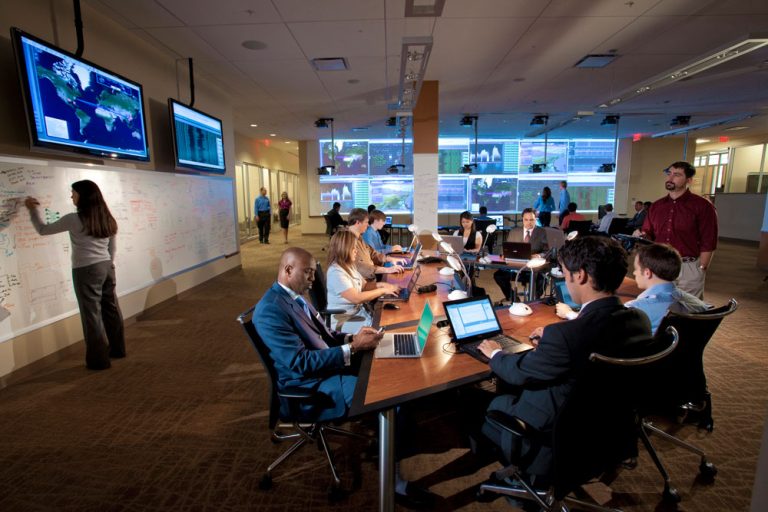 The Greater Baltimore region has gained a global reputation for its flourishing health care, education, law, defense, and financial services sectors, but it is writing another chapter in its economic evolution built on fields of the future, from 3-D manufacturing to cybersecurity and next-generation technologies.

“Greater Baltimore is diverse,” says Don Fry, president and CEO of the Greater Baltimore Committee, an organization that advocates on issues related to economic growth, job creation, workforce development, transportation and quality of life in the region’s six counties. Along with strong traditional industries, the region is rich with emerging innovation and technology companies.

“There is tremendous amount of research and development taking place in the region, in areas from bioscience to cybersecurity,” Fry says. Constituting the nation’s 20th largest metro, the region generated $168.8 billion in gross domestic product in 2014, and has experienced fast growth in both business and population over the past few years. “As the economy has rebounded, Greater Baltimore has been an attractive place to come to,” Fry says. “We have a highly educated and trained workforce and economic activities occurring at public and private colleges here.”

The region’s pool of talented workers, with educational attainment in undergraduate and advanced degrees well above the national average, and its interconnected professional networks are key advantages drawing new investment. The area tops the nation in its concentration of information technology and bioscience workers. Its proximity to major research universities like Johns Hopkins and the University System of Maryland (USM), along with top government, military and health-care institutions, also enrich its knowledge base.

Another advantage is the region’s Mid-Atlantic location close to Washington, D.C., New York and Boston, and its integrated transportation infrastructure that offers access to I-95 and the Port of Baltimore – one of two U.S. ports capable of handling the world’s largest ships – along with commuter rail and the Baltimore/Washington International (BWI) Thurgood Marshall Airport. “We have first-rate infrastructure that keeps the region connected to major U.S. and international markets via air, roads, rail and water,” says Tom Sadowski, president and CEO of the Economic Alliance of Greater Baltimore, a public-private partnership that promotes economic development, job creation and business investment across the region.

Low costs for land and properties compared to other East Coast cities also attract business. “We may have a big-city feel, but we don’t have the costs associated with a big city,” Fry says. “We also have alternatives within the surrounding jurisdictions for those who don’t want the downtown experience.” These assets combined create a supportive culture for businesses of all sizes, from entrepreneurial startups to Fortune 500 firms, Sadowski says. “This kind of business environment, coupled with our high standard of living, sets us apart from other markets,” he says.

“We have a critical mass of great minds with expertise in many fields, and that provides opportunities for entrepreneurial activities to develop out of those areas,” Fry says. Federal agencies such as the Centers for Medicare and Medicaid and the U.S. Social Security Administration as well as installations like Fort Meade – headquarters for the U.S. Cyber Command and National Security Agency –  also add to the region’s innovative clout, with some partnering with private industry to commercialize research. Greater Baltimore is home to a growing roster of corporations headquartered in the region, including McCormick & Co., Constellation Energy/BGE, Erickson Retirement Communities, Allegis Group, AAI, CareFirst, Laurete Education, MICROS Systems, Joseph A. Bank, Ciena, and Acend One. Some include hometown startups like the nation’s fastest-growing sports apparel firm, Under Armour, which CEO Kevin Plank grew from a basement operation into a billion-dollar company along Baltimore’s Inner Harbor.

These companies, along with other leading employers like Northrop Grumman Corporation, Lockheed Martin and GSK, create job opportunities that keep graduates in the area and draw top talent. Greater Baltimore’s vibrancy, affordability and amenities are increasingly making it a favored destination for Millennials – a dynamic that is enhancing the quality and quantity of the workforce, says Beth Norton, head of talent acquisition for Baltimore-based investment management firm T. Rowe Price. Millennials are also infusing Greater Baltimore with technology-based startups that are changing the dynamic of the region’s government-based economy, which is why “it’s up to us to make sure that innovation and entrepreneurial activities are increasing even more so,” Fry says.