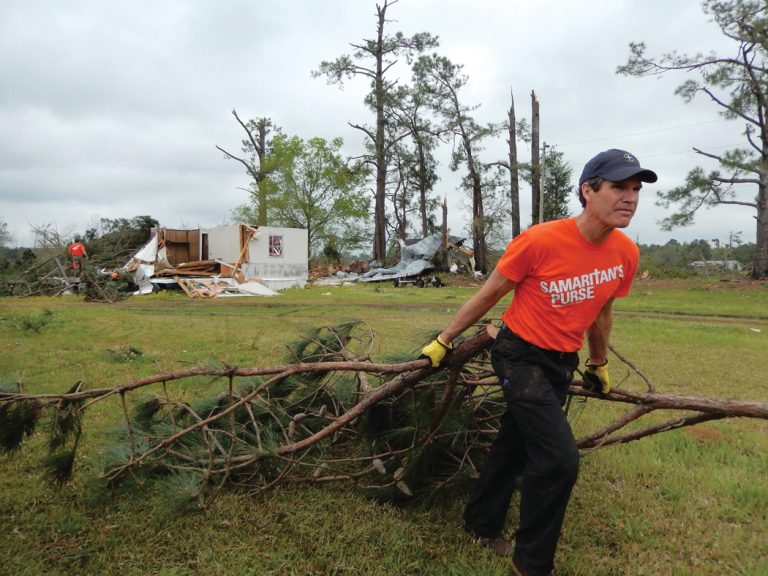 For more than 40 years, Samaritan’s Purse has been aiding the world’s poor, sick and suffering. Headquartered in nearby Boone, N.C., the faith-based nonprofit recently announced an expansion of its Wilkesboro facility, home to Samaritan’s Purse’s North American Disaster Relief team.

Wilkesboro town manager Ken Nowland says the expansion’s first phase should bring 200 new employees to Wilkesboro in the next few years, with space for an additional 600 down the road. The Christian disaster relief ministry operates with a $422 million budget and is growing by more than 100 employees each year.

New facilities are slated for property off Edgewood Road and along N.C. 268 East in North Wilkesboro, near its current facilities. The expansion will ensure Samaritan’s Purse’s future in Wilkesboro is as rich as its past.

“Samaritan’s Purse has had our aviation operations in Wilkes County for some 20 years now, and from the very beginning it has been a great place for our ministry,” says Samaritan Purse president Franklin Graham. “Later we expanded to have our North American Disaster Relief department in Wilkes and then our International Disaster Relief warehouse with staff.  The people of Wilkes have always been extremely welcoming and supportive of the work we do, and we appreciate that.”

“We respond to disasters that happen in the U.S., and our primary goal is to share the love of Jesus with those who have been affected by tornados, hurricanes, flooding, forest fires or mudslides,” Stevens says.

“Our goal is to work through any possible issues and make companies successful here,” Nowland says. “We’ve been able to do that with other companies experiencing significant growth and wanting to relocate here. I tell every business leader to come see us and talk about what they’re doing, because even if we don’t know the answers, we can tell you who to talk to.”

Growth also is due to the region’s ability to offer workforce development programs and increase wage value for citizens.

“There is a great work ethic here and a strong employment base,” Graham says. “It has been a very positive partnership, and we look forward to future growth in Wilkes.”