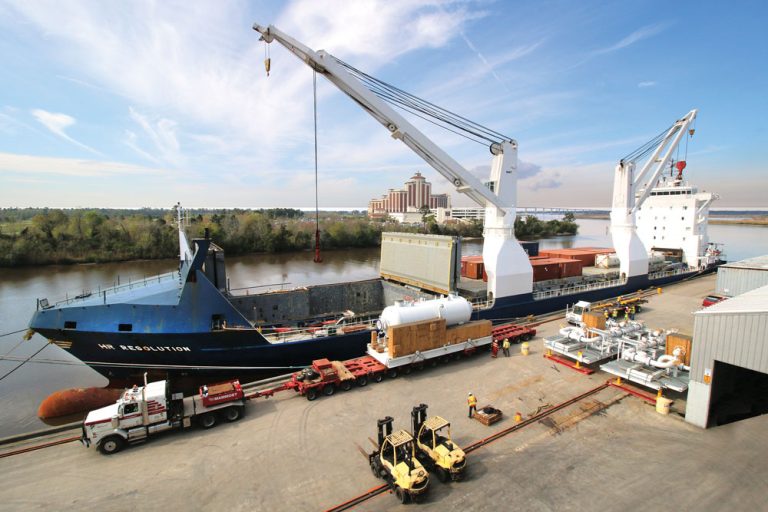 Courtesy of Port of Lake Charles

Southwest Louisiana has become a leading location for the world’s most innovative energy firms, and investment by these corporations is spurring growth throughout the region’s energy supply chain. Energy firms are drawn to the rich resources in Southwest Louisiana, including its proximity to oil fields and natural gas lines, skilled labor and access to the Gulf of Mexico via the Port of Lake Charles and other deepwater ports. These attributes have led to an investment boom and industrial development from firms building and expanding facilities to liquefy and export natural gas.

Cheniere LNG is investing $18 billion to expand its Sabine Pass liquefied natural gas export facility in Cameron Parish and expects to create more than 500 jobs as a result. Also in Cameron Parish, Cameron LNG is constructing a $10 billion liquefaction export facility. Magnolia LNG is investing $3.5 billion to build a liquefaction plant that will produce 8 million tons of LNG per year. It is expected to be completed in 2018. The site was chosen in response to state incentives and solid community support for the project, according to Ernie Megginson, vice president of development.

“We will also use the existing gas pipeline infrastructure at the site that allows access to gas supply from most of the gas-producing areas in the U.S., and we will have easy access to the Calcasieu Channel,” Megginson says.

Live Oak LNG plans to construct a $2 billion liquefaction facility and liquified natural gas (LNG) export terminal along the Calcasieu Ship Channel that will create 100 new jobs. Live Oak began the permitting process in 2015, with an anticipated startup in 2019, says CEO Simon Bonini. Others planning LNG facilities in the region include Lake Charles Export Company LLC, and SCT&E LNG. Southwest Louisiana is also a hot spot for numerous refineries that produce fuels and petrochemicals, including Phillips 66, which employs 860 at its Westlake refinery, and CITGO, whose Lake Charles refinery, built in 1944, is the sixth-largest refinery in the U.S., employing 1,200 workers and 850 contractors in the area.

CITGO has invested more than $350 million in emissions control equipment in recent years, reducing air emissions in pounds per barrels of crude by 50 percent since 2008, according to Tomeu Vadell, CITGO Lake Charles vice president and general manager. Industry suppliers are growing as well. Examples include a $135 million investment by Advanced Refining Technologies, a joint venture between W.R. Grace & Co. and Chevron Products, to boost its alumina capacity and build a residue hydroprocessing catalyst production plant in Lake Charles. In Jefferson Davis Parish, Porocel, which makes catalysts in Lacassine for area refineries, has launched a $2 million expansion, and petrochemical supplier Metalplate Galvanizing is building a $9.75 million plant in Jennings that is expected to create more than 100 direct jobs.

At the nexus of product supply and transportation, leading petrochemical companies are also investing in state-of-the-art production facilities across the region. Among them are G2X Energy, which plans to construct a $1.3 billion methanol-to-gasoline plant that will create up to 250 jobs in Lake Charles, and Juniper GTL, which is building a $100 million gas-to-liquids facility in Westlake that will produce clean waxes, drilling fluids and diesel. Sasol, a South African-based energy and chemical company, is constructing a world-scale petrochemical complex near its existing site in Southwest Louisiana. The $8.9 billion project will roughly triple the company’s chemical production capacity in the United States, and create more than 500 full-time jobs and more than 5,000 construction jobs at peak.

“At the heart of the project is an ethane cracker that will produce 1.5 million tons of ethylene annually, benefiting from significant economies of scale,” says Mike Thomas, senior vice president of Sasol US Operations.

“The complex also includes six downstream chemical manufacturing plants which will produce a diverse slate of commodity and high-margin specialty chemicals for markets in which Sasol has a strong position, underpinned by collaborative customer relationships.” Sasol considered multiple sites across North America for its projects and focused on the Gulf Coast because of its robust energy and chemicals industry and access to the best natural gas infrastructure on the continent.

“We specifically looked at Louisiana because it offered a business-friendly climate, predictable regulatory structures and attractive incentives,” Thomas says. “We’re proud to be embarking on a new phase of growth and investment that will foster job creation and economic development in a region Sasol has been a proud member of for more than a decade.”