Wilkes County, NC is Building a Better Future with Lowe’s 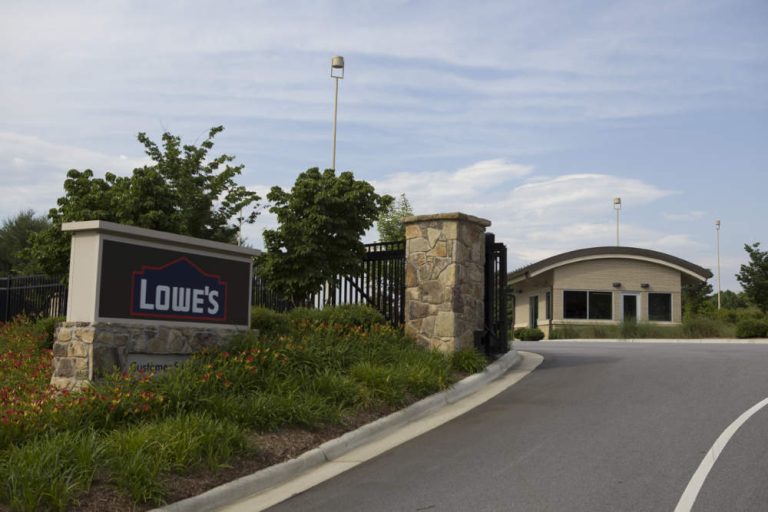 Lowe’s Companies Inc., the hardware and home improvement giant, has built a strong foundation in Wilkes County and contributes to the local economy in a big way.

The company, which has more than 2,370 stores in the United States, Canada and Mexico, was founded in Wilkesboro in 1946. Its headquarters is now in Mooresville, N.C., but the company retains a strong and vibrant presence in the county.

Lowe’s announced in February 2017 that it would be adding several hundred customer support representatives and central production office positions in Wilkesboro. When the hiring is completed this fall, the company is expected to have more than 2,600 employees in the Wilkesboro vicinity.

“Lowe’s has been a model of entrepreneurial growth and innovation for the entire region,” says Dan Little, president of the Wilkes Economic Development Corp. “We are beneficiaries of the wealth created by Lowe’s presence in the area.”

In addition to the economic boost created by Lowe’s jobs, Little says there is an equal impact on the community in terms of employee involvement and philanthropic activities.

“Creation of wealth is the core of economic development, and Lowe’s has been at the center of that for decades in the Wilkes County area,” he says.

The major retailer serves more than 17 million customers in stores, online and on the phone each week. This creates a huge demand for employees to support them in meeting their needs, according to company officials.

Lowe’s has customer support centers in Wilkesboro, Indianapolis and Albuquerque that provide assistance to customers who call or email Lowe’s to process orders, schedule repairs or ask questions about specific products.

In addition to the customer contact center and central production office, other company functions located at Wilkesboro include real estate, transportation, logistics and an emergency command center.

Lowe’s has grown from a small hardware store to a Fortune® 50 home improvement company. The Lowe’s story began in North Carolina when H. Carl Buchan, part owner of the North Wilkesboro Hardware Co., envisioned creating a chain of hardware stores.

Sales grew over time, and Lowe’s stores opened in neighboring towns throughout western North Carolina. The company went public in 1961, and began trading on the New York Stock Exchange in 1979 (NYSE: LOW).

“Wilkes County is the birthplace of Lowe’s, and there remains a strong connection locally to Lowe’s brand and vision for the future,” says Michael Hahn, CSC-Wilkesboro human resources manager.

Lowe’s officials say that some of major advantages of have major operations in Wilkes County include its close proximity to major markets and its excellent quality of life features, such as nearby recreational activities.

Commitment to the Community

The company continues its close ties to the Wilkes County community in a number of ways. Lowe’s does a great deal of work partnering with local high schools and middle schools.

One activity is the semi-annual Teacher Externship program in which local high school teachers spend time on-site at Lowe’s connecting success in the workplace the classroom.

The company works closely with the Wilkes Chamber of Commerce, Wilkes Economic Development Corporation, as well as local and state government leaders to enhance the vitality of the region.