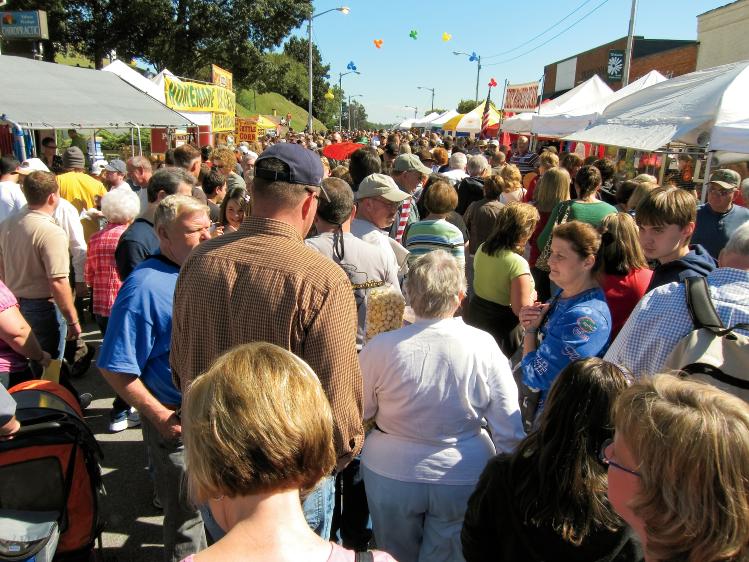 Mozelle Howell first learned how to make fried apple pies when she was 6 years old. That was over 75 years ago.

The Moravian Falls resident has built up quite a reputation for herself because her pies are always a culinary hit at the annual Brushy Mountain Apple Festival, which occurs in downtown North Wilkesboro every first Saturday in October. She operates a booth fittingly called Mozelle Howell’s Fried Apple Pies and sells her dessert delights.

“A customer can only eat but one pie at a time – one will fill you up,” Howell says. “I bake 20 boxes of pies that hold 100 apiece, and all 2,000 get sold at the festival. Unfortunately, then I must pay taxes on the money I earn.”

Howell says she got really involved with pie making as a young lady, when a bunch of women in the community were asked to bake goods for another local festival that was about to take place in Wilkes County.

“Some of the ladies baked bread, some made cakes, and I volunteered to make my fried apple pies,” she says. “It’s my specialty and I’ve been baking many of them ever since.”

She says the secret to her delicious pies is a certain apple she uses, which she wants to remain a secret.

“I cook my apples until they’re done, and let them cool overnight. That’s one of the tricks that makes my pies taste so good – by waiting until the next day to start putting all of the ingredients together,” she says.

Those ingredients include sugar, spices, margarine, oil and shortening.

“I also use Southern self-rising flour that is ideal for making the dough, and I also use milk – not water – in the dough-making process,” she says. “I place five pies on a cookie sheet and then lay five more the opposite way, then cook them. It takes me about a week to get ready for the Brushy Mountain Apple Festival, but I still really enjoy it.”