History at the Wilkes Heritage Museum 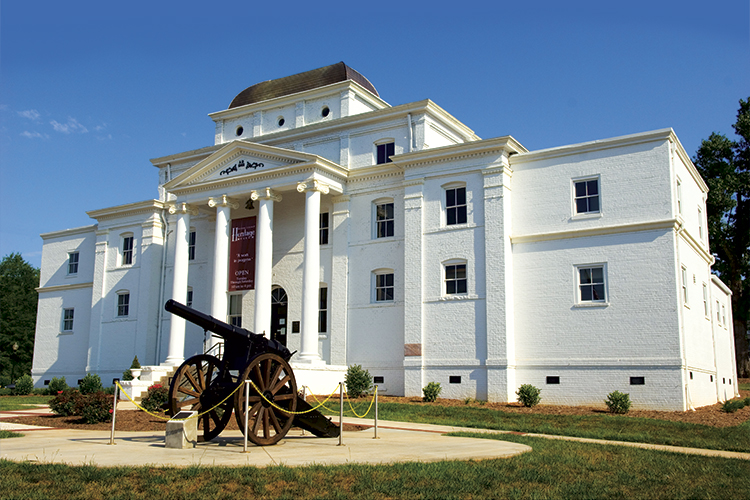 One of the race cars driven by NASCAR legend and Wilkes County native Junior Johnson is here‚ and so is a piece of the military jacket worn by Gen. Robert E. Lee.

They are among the hundreds of exhibits being showcased at the Wilkes Heritage Museum‚ which opened to the public in November 2005.

“We work with a professional exhibit designer‚ along with a local case manufacturing company‚ to make our displays as top-notch as possible‚” says Jennifer Furr‚ director of the Wilkes Heritage Museum. “The range of presentations we have will interest a lot of people‚ including out-of-towners. There really is nothing similar to us in this part of North Carolina.”

“Moonshining has always been a part of this area’s history‚ so we have a moonshine still on display along with a busted still‚” Furr says. “We want to show both sides – the moonshiners and the revenuers – because both still exist today in Wilkes County.”

The museum also has a piece of the Lovette family’s original chicken house. The Lovettes started Holly Farms‚ which is now poultry-producing giant Tyson Foods.

“The chicken industry has played a huge part in this county’s economic history‚” Furr says. “To have a portion of the first chicken house that eventually led to one of the largest companies in the world – Tyson Foods – is truly amazing.”

Guided tours at the new museum are $5 for adults‚ $4 for students and seniors‚ while children 5 and under are admitted free.

Not only do visitors get a tour of the museum‚ which is housed in the renovated 1902 Wilkes County Courthouse‚ but they also receive a tour of the 1860 Old Wilkes Jail situated directly behind the museum.

“Visitors also get a tour of the 1779 log home of Capt. Robert Cleveland‚ which is also located behind us‚” Furr says. “Cleveland was an American Revolutionary soldier who helped turned the tide of the war in favor of the patriots‚ thanks to their victory at the Battle of Kings Mountain. He is a hero in this area‚ and having his cabin here only adds to the overall splendor of this museum.”

As for the museum itself‚ the old 1902 Wilkes County Courthouse has 20‚000 square feet of space that includes an auditorium‚ stage‚ theatrical lights and a surround-sound system.

“The museum can accommodate concerts‚ theatrical productions‚ lectures and workshops‚” Furr says. “We’ve even hosted a couple of weddings here.”

But the Wilkes Heritage Museum is primarily about interesting exhibits.

That’s what prompted Conrad A. Shaw‚ former vice president of Wilkes Community College‚ to give the museum his entire lifetime collection of more than 200 radios from the 1920s‚ 1930s and 1940s.

“These are some of the earliest radios ever manufactured‚ and they all work‚” Shaw says. “The museum will feature about 20 at a given time and keep rotating the exhibit.”

The vintage radios have brand names such as Atwater-Kent‚ Philco‚ Crosley‚ General Electric and Zenith.

“The oldest is a 1922 Jewett model‚ and there are also radios such as a 1928 RCA Radiola and a 1929 Michigan‚” Shaw says. “The Heritage Museum is such a fine addition to Wilkes County. Dozens of museums across the country would love these old radios‚ but I wouldn’t want them showcased anywhere else.”