Martha’s Vineyard May Be the Best Place to Spot Celebrities

Some of Hollywood's biggest call this Massachusetts' island their summer residence. 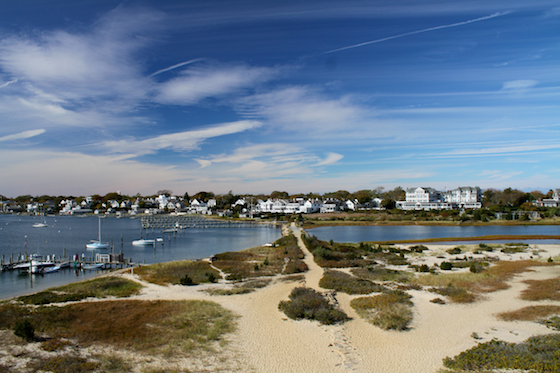 While its name has made recent headlines for being the vacation hot spot for President Barack Obama and his family, this summer is not the first time Martha’s Vineyard has entered the spotlight. For years, this 96-square mile island has been the vacation destination and home for dozens of celebrities who appreciate the island’s private atmosphere, authenticity, and casual lifestyle—and who wouldn’t want to spend a summer among Hollywood’s hottest while cooling off on the sand and surf?

Every summer, more than two million people travel to the Massachusetts’ island to visit the approximate 17,000 residents who call the Vineyard home. The island is home to six small towns, each offering a number of unique dining and shopping experiences the locals proudly promote. While some of the stores on the Vineyard have gone on to become successful retail chains (Vineyard Vines and The Black Dog), Martha’s Vineyard takes pride in its one-of-a-kind experience for locals and visitors alike. Whether you’re hoping to soak in some sun on the beach, explore the maritime scenery of the lighthouses lining the coast, or dive into the thriving art scene of live theater, music, and dancing, Martha’s Vineyard offers its guests a place to escape reality and make memories to last a lifetime.

This one-of-a-kind experience is much more than just unique shopping at farmers markets and craft fairs and dining at Right Fork Diner and Murdicks Fudge—it goes into Martha’s Vineyard’s history. Aside from President Obama, two other presidents have have visited the island: Ulysses S. Grant and Bill Clinton.

The 10 Best Cities for Liberals, Conservatives, and Moderates

President Clinton and his family have been seen annually on the Vineyard, even celebrating his 56th birthday on the island. It’s even rumored that Diana, Princess of Wales, was charmed by her visit in 1994.

Not only have the rich and famous on Capitol Hill and across the pond found Martha’s Vineyard to be their top summering destination, but some of Hollywood’s hottest have as well. Meg Ryan has given tours of her home on the island, and Chelsea Handler has written about her vacations at Martha’s Vineyard as a young girl. Here’s a partial list of home owners and vacationers of the Vineyard, both past and present:

This list is just a few of the celebrities you may see in the Vineyard this summer. Let’s be honest, though—we know the list is much longer. Take some time off and take a trip to Martha’s Vineyard to enjoy the beach, the local shops and restaurants, and the possibility of running into a celebrity or two (or five).