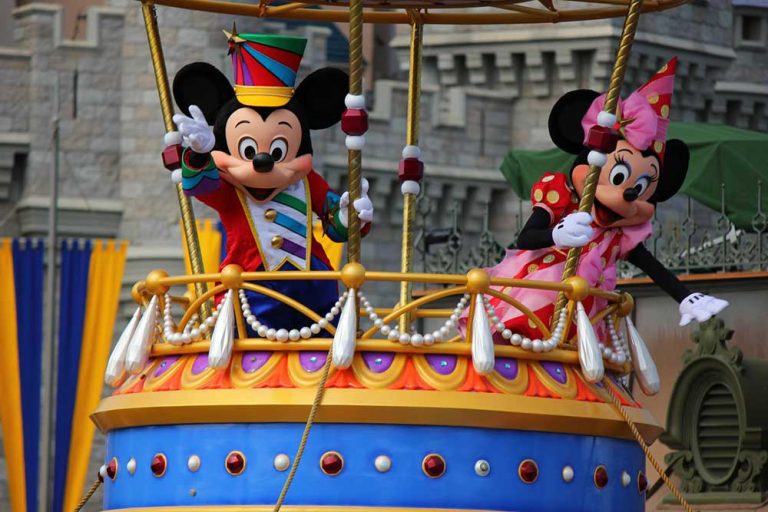 Tourism, education, defense, retail and government jobs are plentiful in Florida, as evidenced by the state’s top 10 employers:

Founded in October 1971, the most visited vacation resort in the world is Walt Disney World, with its amusement parks and resorts attracting 55 million tourists annually. The Lake Buena Vista-based company is best known for theme parks like Magic Kingdom, Epcot, Hollywood Studios and Animal Kingdom.

With a $4 billion annual budget to support 435 schools and 350,000 students, Miami-Dade County Public Schools is the largest school district in Florida and fourth largest in the nation. More than 35 percent of the school system’s teachers are graduates of Florida International University.

These government employees serve more than 2.6 million residents throughout Miami-Dade County in southeast Florida. One major department is the 4,700-member Miami-Dade Police, the largest police department in the Southeast United States.

The second largest school district in Florida and eighth largest in America is Hillsborough County Public Schools, which serves Tampa and surrounding communities. A few years back, the school system received a $100 million grant from the Bill and Melinda Gates Foundation to bolster education through improved mentoring programs.

Deserving of a hearty salute is Naval Air Station Jacksonville, with 23,000 civilian and active-duty personnel employed on the base. The Air Station oversees several aviation operations and shore commands with its location along the Atlantic Ocean, and one of its many departments is U.S. Customs and Border Protection.

Lakeland-based Publix Super Markets is the largest and fastest growing employee-owned supermarket chain in the nation, with its stores known for quality food, good service and cleanliness. The grocery chain also has a strong commitment to community involvement and employment diversity.

Overseeing the public school system of Orlando and its surrounding region is Orange County Public Schools, with an enrollment of 175,000 students. OCPS is the 12th largest school district in America, and its 180 schools offer several technical-based courses to get students ready for 21st century careers.

Ranked nationally in eight adult specialties, Florida Hospital is a not-for-profit organization based in Orlando that features 24 hospital campuses stretching from the east coast to west coast of Central Florida. The organization cares for patients by providing a holistic approach to heal the body, mind and spirit.

The Altamonte Springs-based organization emphasizes Christ at the center of all care and was founded in 1973 to support its Seventh-day Adventist congregations who reside in the Southeast U.S. Adventist Health System is now the largest not-for-profit Protestant health care provider in the nation.

Headquartered in Clearwater and founded in 1997, BayCare Health System serves the Tampa Bay area and operates 11 hospitals, with a mission to provide expert care throughout a patient’s lifetime. BayCare has 3,100 surgeons and tends to 500,000 emergency room visits a year.