The Sky’s the Limit for Businesses in Greater Fort Lauderdale 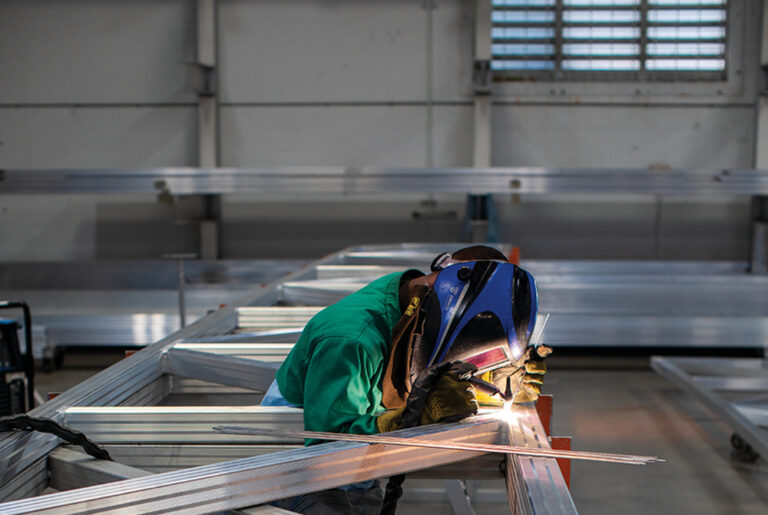 Father-and-son team John and Jason Harrison are behind AccuSolar; a Pompano Beach-based company started in 2020. The Harrisons are also the team leading AccuDock, a floating dock manufacturer also based in Pompano Beach.

John started designing and selling floating docks that allowed boats to be maintained or boarded quickly regardless of the water level, an innovative update to the traditional stationary version. Jason joined his father’s business in 2009 after graduating from college.

“He created the idea, and from there, we evolved the company to include bigger projects and more applications, like commercial projects with the U.S. Navy and the Coast Guard,” says Jason Harrison. “John lives in Pompano, and I’m just north of there — in 2012, we moved into a 30,000-square-foot facility that happens to be conveniently next door to a lot being developed into a 150,000-square-foot building, where the new home of AccuSolar will be.”

The Harrisons have gone from innovating floating docks to populating those docks with photovoltaic panels, maximizing the space available to harvest energy. It’s a similar concept to land-based solar fields, only on a body of water. Having easy access to moving their product is a vital part of making their business successful, and Greater Fort Lauderdale fits the bill perfectly.

“There are something like a thousand people a day relocating to Florida. We have some good plans in place to grow and expand what we’re doing and hopefully putting a bunch of people to work, which will help keep local money local.”

“We ship internationally and have projects all over the country, so we originally settled in Pompano because it was close to where John was living, but the city has really blossomed over the past five years,” says Jason Harrison. “There’s a lot of construction going on, there are a lot of cool things happening in the city — we’re only about half a mile from I-95, so getting transportation in and out of the state is easy, and proximity to the port is very good, especially shipping to the Bahamas and Central America and South America, without a bunch of shipping costs to even get to the port. We decided to stay in Pompano because we were able to have the AccuSolar facility right next door, which will save a lot of time and headaches.”

AccuSolar is a prime example of tech startups choosing Florida, which ranks fifth in the country in capital investment, and the Fort Lauderdale- Pompano and Miami areas combined, coming in first among cities in the state, drawing billions of dollars to the local economy.

“We kind of dabble in a lot of different industries, which is how we got into solar, but we are experts in building floating structures, so we want to stay in our lane. We have relationships with companies that know wiring components and conversion,” says Jason Harrison.

Combined with being in the Eastern time zone, having an accessible airport and port access to international destinations and a favorable tax climate means taking your business to South Florida makes good sense.

The Harrisons have a diverse employee base representing more than ten countries, with a plan to increase their staff to 300 employees by offering them incentives to move to the area. However, they take pride in keeping as much business as possible in the region.

“There are something like a thousand people a day relocating to Florida,” Jason Harrison says. “We have some good plans in place to grow and expand what we’re doing and hopefully putting a bunch of people to work, which will help keep local money local.” 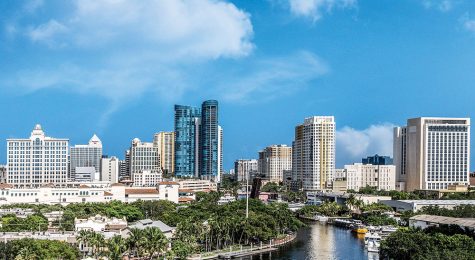