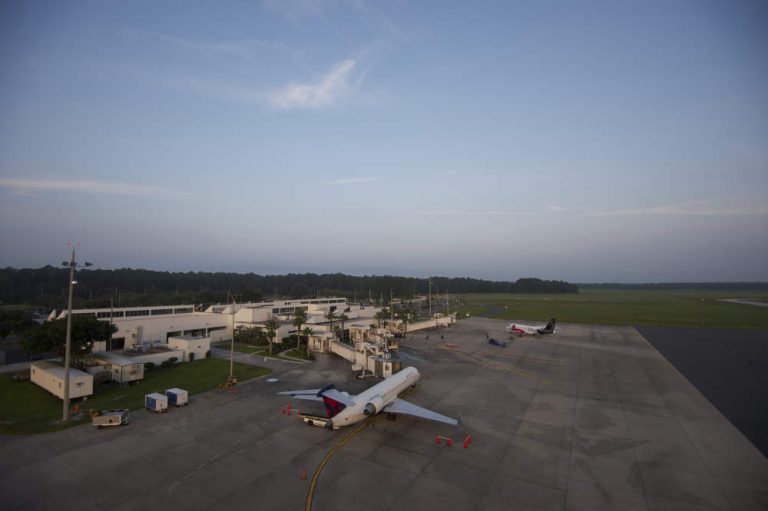 With its advantageous location in North Central Florida, Gainesville offers easy access to major East Coast and Southeast markets. Major interstates I-75 and I-10 cut through the region, which is also served by major highways, including U.S. 301, U.S. 441 and State Routes 20, 24 and 26. The highway system has attracted a number of companies with major distribution operations in the region, including Dollar General, Florida Food Service, Nordstrom, Pepsi Bottling Group, Performance Food Group, Publix and Walmart.

In addition to its extensive road network, Gainesville also serves commuters who ride the Gainesville Regional Transit System, or RTS, the fourth-largest transit system in the state. RTS has a daily ridership of 50,000 that accommodates Alachua County, including the University of Florida and Santa Fe College campuses. A fleet of 116 buses, all equipped with bicycle racks, covers 37 city routes, and every bus has GPS so riders can see if their bus is running on time.

One more commuter transportation stat: According to the 2010 Census, more than 5 percent of Gainesville residents commute to work by bike, among the highest figures in the nation for a major population center.

Forbes recently listed Gainesville as the “Best Place for Business and Careers in Florida,” reflecting the consistent growth in the business community. That growth is translating into more activity at Gainesville Regional Airport, where officials project record passenger travel in 2015.

“We have a large number of smaller firms in the Gainesville region, including software and biotech companies like Exactech and RTI Surgical whose executives use the airport on a regular basis,” says Laura Aguiar, Gainesville Regional Airport manager of public relations and governmental affairs. “A majority of our customer base in the Gainesville area consists of the business traveler who is flying alone.”

American, Delta, Silver Airways, United and US Airways serve the airport, with daily direct flights to and from Atlanta, Charlotte, Miami and Orlando. In 2014, the airport had 212,662 passenger enplanements, second only to 1990’s record of 216,463 passengers.

“Based on our first quarter numbers in 2015, we are expecting 2015 to be a record year,” Aguiar says. “That prediction is also based on Delta’s need to increase its plane capacities by 18 percent in 2014 to accommodate more passengers, and Delta is our largest carrier.”

Gainesville Regional has several expansion plans, including enlarging its parking lot and adding a new fire and rescue station.

“We are also in line for a new control tower, a commercial apron expansion along the taxiway, and renovation plans for the terminal within a couple of years,” Aguiar says. “We recently upgraded the ticket counters and will eventually expand the TSA security checkpoint area.”

Aguiar adds that an expansion and re-routing of roads are also in the design stages.

“We have plans all the way through 2020,” she says. “As long as good things keep happening in the local business community, Gainesville Regional Airport will continue to steadily grow.”