Gainesville Regional Airport (GNV) is served by Delta Air Lines, US Airways, Silver Airways and United Airlines. The airport is owned by the city of Gainesville and offers commercial non-stop jet service to Atlanta, Charlotte, Miami, Tampa and other markets. 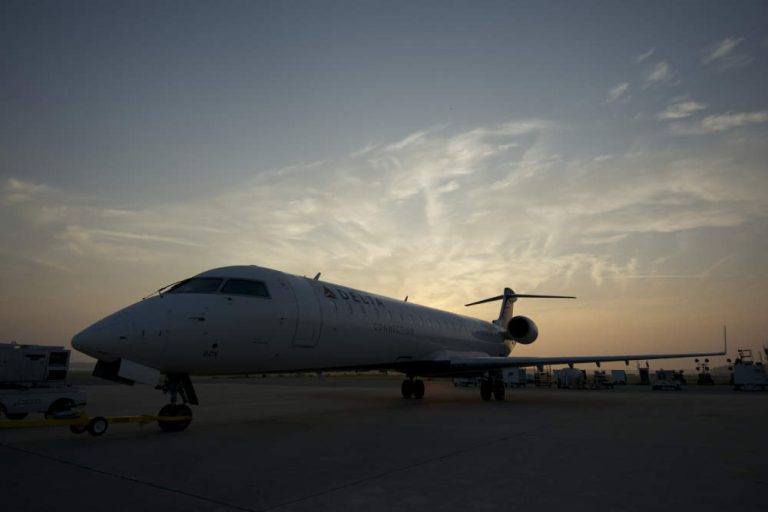 Trucking companies and logistics operations benefit from close proximity to Interstates 75 and 10, as well as several  major state highways, including SR 20, 24 and 26. Gainesville is also served by US 441 and US 301, which provides a direct route to Jacksonville, Ocala and Orlando. Major distribution companies, like Walmart, Dollar General, Publix and Performance Food Group, have chosen to establish warehouses in the region.

The region also harbors Gainesville Regional Airport (GNV), which is served by Delta Air Lines, US Airways, Silver Airways and United Airlines. The airport is owned by the city of Gainesville and offers commercial non-stop jet service to Atlanta, Charlotte, Miami, Tampa and other markets.

“Delta is our major service provider with five daily flights to Atlanta. Delta recently decided to start using larger 76-seat and 110-seat aircraft because of a steady increase in customer travel here,” says Laura Aguiar, Gainesville Regional Airport manager of public relations and governmental affairs. “About 85 percent of our ridership originates from individual business travelers in the Gainesville region as well as students and others connected with the University of Florida. UF also runs charter planes in-and-out of this airport for its sports teams and faculty.”

Aguiar points out that GNV passenger traffic has been growing steadily compared to the national trend. In fact, the airport now handles more than 400,000 passengers a year compared to 303,000 in 2010.

“Nationally, air traffic ridership is still down eight percent from the economic downturn that began in 2007 and 2008, but Gainesville Regional began its recovery in 2010 and is up 36 percent in ridership since the downturn,” she says. “That statistic gets the attention of airlines when we approach them and suggests that they travel to more cities out of Gainesville. We are on their radar because of our growth.”

Aguiar adds that near-future plans for upgrades at Gainesville Regional include expanding the taxiways and aprons to provide easier parking access for larger aircraft. GNV is also marketing 40 acres of land that are now zoned business light industrial in an industrial park at the airport.

“We just opened a new entrance road into Airport Industrial Park and are targeting aerospace and aeronautical-based businesses,” she says. “A lot is happening these days at the airport. We are always ready to take on new ventures.”

Gainesville has one of the most impressive bus transportation networks in the Southeast. The city is served by Gainesville Regional Transit System (RTS), the fourth-largest mass-transit system in Florida, and it features a daily ridership of 50,000 that accommodates all of Alachua County, including the University of Florida and Santa Fe College campuses.

RTS also features a Gator Aider shuttle service that transports fans to and from home football games, with shuttles at Oaks Mall, Haile Plantation, the town of Tioga, the UF Hilton Conference Center and the City of Gainesville Downtown Parking Garage. The cost is $50 for a season pass and $10 for a single-game, round-trip ticket.