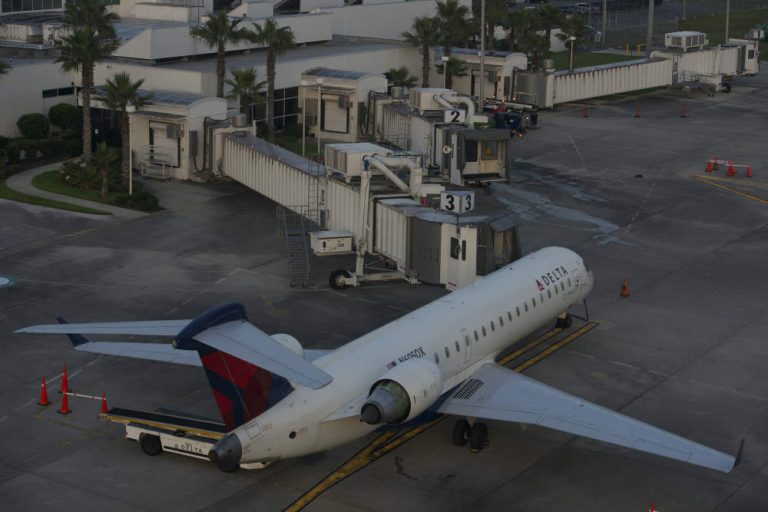 Name-brand distributors are taking notice of the Gainesville region for its excellent transportation and logistics assets. The region is strategically located to reach major Southeast markets and beyond in a day’s drive. It is at the epicenter of major interstate highways, located within just hours of major deep-water ports, and served by a major rail line and a modern, convenient airport. Located halfway between two of the Southeast’s major metro areas, Atlanta and Miami, Gainesville is a natural spot for distribution.

“Whether a company is shipping to retail outlets or for online purchases, Gainesville and Alachua County is well-situated for any logistical operation,” says Edgar Campa-Palafox, Alachua County economic development coordinator. “We are also the major hub for retail and business activity in a 10-county region in north central Florida.”

Distribution and logistics companies see the Gainesville region as a strategic hub for shipping goods to the southeastern U.S. and throughout the nation. Interstate 75 passes through the region, and Gainesville has proximity to I-95 and I-10, which go to major east coast and west coast markets, respectively. Campa-Palafox says major improvements have been completed to interstate exits near the distribution centers in the region, and a task force is at work on making I-75 more convenient and accessible to individuals and businesses.

“We initially chose Alachua based on its location to best serve stores within the Southeast,” says Crystal Ghassemi, Dollar General spokeswoman. “The workforce from the area provides exceptional employees to allow us to best serve our communities and our customers.”

Seattle-based retailer Nordstrom, Inc., which has major department stores and its Nordstrom Rack outlets nationwide, also built its distribution center in the region.

“The locations of our distribution centers are important to our strategic ‘hub and spoke’ model,” says Dan Evans, spokesman for Nordstrom. “We put centers in locations that support our ability to deliver product as close to a number of stores as possible before we prepare merchandise for delivery to individual stores in the geographic region each distribution center serves.”

Evans says the distribution centers help create the right economics to make sure the retailer is able to stock new products frequently and efficiently.

“We opened in Gainesville in 2000 and it’s been a terrific home for us and a great community for Nordstrom to be a part.,” says Evans. “We look for communities that Nordstrom can positively contribute, that are supportive of business and that has the right demographics and conditions for us to compete for great employees who can support our business and helps us grow.”

Two lines of the CSX Railroad serve the region, as does a convenient and modern airport facility. Gainesville Regional Airport (GNV), which employs more than 400 workers, is a growing airport that set record for passenger traffic in 2015. The airport is served by American Airlines and Delta Airlines, which have flights to major airline hubs, including Atlanta, Charlotte and Miami. GNV also has a rapidly growing cargo and general aviation business at the facility. GNV completed more than $900,000 in customer service upgrades at its parking facility and automated pay booths. Airport officials are looking in future to make runway facility improvement with expansion of its apron and taxiways. The Gainesville region is just 90 minutes from the Port of Jacksonville, and massive ports in Miami and Savannah are just a few hours’ drive.

“This strategic location will have increased importance in a year or so, when the Panama Canal is opened to larger container ships,” says Campa-Palafox. “We believe this region will benefit greatly from that important development.”