Innovation and Gainesville: Culture of Curiosity Embedded in Region’s DNA

Learn how Gainesville, the place that gave the world Gatorade, Sentricon®, Trusopt® and Bioglass, asks the questions that lead to new discoveries. 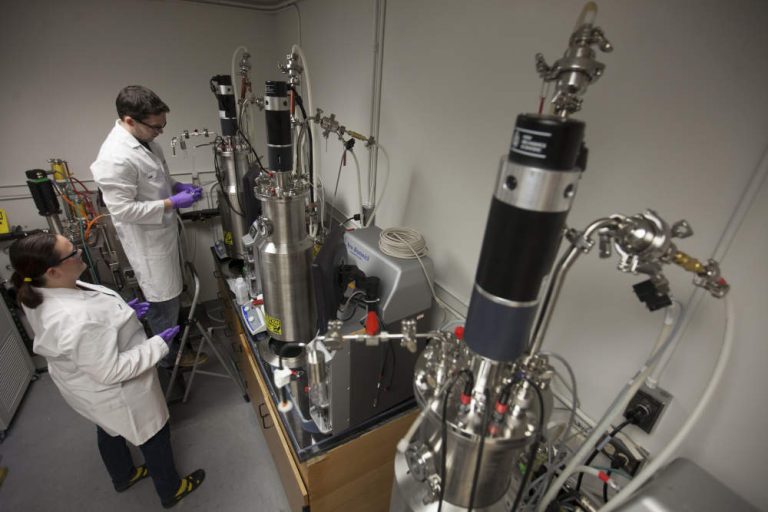 Gatorade: Born in the lab, now a world-famous brand with more than $1 billion in annual sales. These days it’s routine for new technologies to be developed in university laboratories and then brought to market, but until 50 years ago — before the development of Gatorade, by Dr. Robert Cade and his team of researchers at the University of Florida (UF) — it was anything but the norm.

However, in the decades since, a parade of wildly successful new technologies/products have emerged from UF, including Sentricon®, Trusopt®, and Bioglass, making the university and the Gainesville region a hotbed of innovation.

Gainesville and UF: The Perfect Climate for Innovation

It’s no coincidence that Gainesville is the birthplace of so many remarkable inventions, as UF has long made a deliberate effort to encourage forward-thinking professors to develop new ideas and then help them transfer ideas to the marketplace.

“The university is more flexible than most [universities] in terms of how faculty can approach innovation,” says Cammy R. Abernathy, dean of UF’s Herbert Wertheim College of Engineering.

Abernathy says she expects this trend to continue, with “the blurring of boundaries” between the university and the private sector, as well as blurring of boundaries internally within the university. The idea is to make it easy for people and ideas to move seamlessly across disciplines and public-private boundaries, she says. But other less obvious factors contribute to the entrepreneurial environment as well, including the diversity of the student and faculty populations, as well as the quality-of-life for Gainesville residents.

“We have a very comprehensive university, and that stimulates a lot of creative thinking. There is also a clear and demonstrable link between diversity and innovation. Plus, Gainesville is a great place to live, so young professionals stay here after graduation,” Abernathy says, identifying the primary reasons why Gainesville is poised to continue to inspire the next generation of thinkers, inventors and entrepreneurs.

It’s a goal that happens to dovetail nicely with the mission of a local museum, one named for the aforementioned Robert Cade.

Phoebe Miles, daughter of Dr. Cade and president/CEO of the Cade Museum, says one of the goals of the Cade is to teach science through invention by highlighting inventors both past and present.

“It’s a science-themed museum but we differ from other science museums in that we place human creative potential at the center of the experience,” she says.

Notably, the 21,000-square-foot facility (scheduled to open in September 2017) is situated in downtown Gainesville’s Depot Park, a location both accessible and symbolic, as “we used to export [commodities] via the train depot, but now Gainesville has transitioned to being an exporter of ideas and inventions. The Depot Park train station represents the economic heritage but the museum represents our economic future,” Miles says. And while there will be a gallery devoted to the blockbuster inventions from the region, most of the inventors featured will be living exhibits, with inventors teaching classes and interacting with visitors.

“We think it’s a great way to teach kids and grownups about the scientific principles that went into certain inventions,” Miles says.

The Future of Innovation at UF

Similarly, the University of Florida—and the College of Engineering in particular—is focusing on the “experiential component” of the college experience, with the typical engineering student a part of design teams and professional societies. Naturally, faculty members need to embody those skills as well. faculty members being hired, Abernathy, notes “can work on problems at the intersection of disciplines.” One prominent example is Dr. Juan E. Gilbert, whose Prime III voting technology addresses issues of both accessibility and security.

“We talk about the ‘new engineer,’ Dean Abernathy begins. “Of course, technical excellence is a given. But in addition to that, we feel that the successful engineer of the 21st century must have traditional ‘soft’ skills that will enable them to work in a world that is increasingly global and interconnected.”