Learn how the vision of Dr. Robert J. Cade, one of the inventors of Gatorade, for a creativity and invention-themed museum is coming to fruition with the 21,000 square-foot Cade Museum in Gainesville, FL. 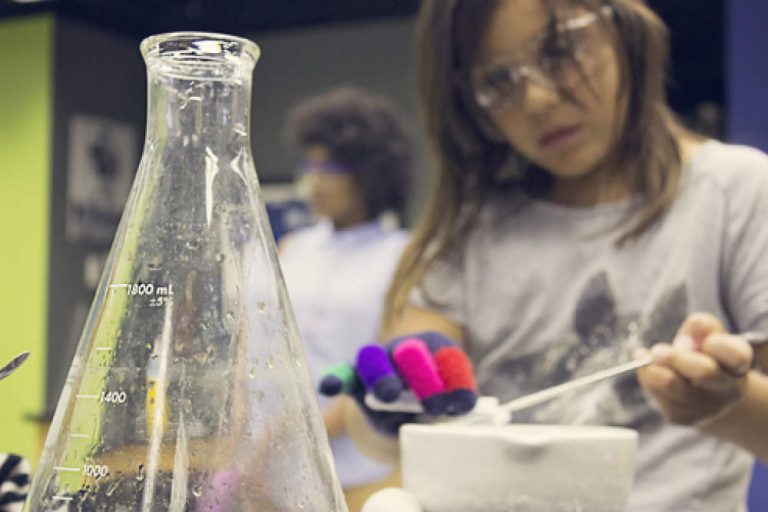 Gainesville’s history as a center for innovation goes back to one of its greatest success stories: Gatorade. Developed in 1965 at the University of Florida by a team led by UF renal (kidney) medicine professor Dr. J. Robert Cade, the new salt-sugar-water concoction helped the Gators football team score its first Orange Bowl victory in 1967. Gatorade also helped Dr. Cade fulfill his mission to inspire creative thinking, invention and entrepreneurship. Thanks to the now-Pepsi-owned sports drink’s success, which equates to about $3.3 billion in annual sales and millions in royalties, Dr. Cade and his family established the Cade Museum Foundation in 2004.

After many years in the making, Dr. Cade’s vision for a creativity- and invention-themed museum is finally coming to fruition. Its surrounding area, the 32-acre Depot Park, echoes Dr. Cade’s commitment to foster a thriving community.

“Dr. Cade was so focused on pursuing joy in life,” says Jennifer Denault, Cade Museum chief operating officer. “He found that joy came to him mostly when he was being creative, whether it be when he was inventing Gatorade or whether it was playing the violin or working in the rose garden. To him, creativity went beyond smearing paint. His central focus was creativity with a purpose.”

Because Dr. Cade also recognized that creativity can be taught, he envisioned a museum focused on new inventions, businesses and creative learning. The Cade Museum launched its educational component in 2012 with the Creativity Lab, which offers a range of classes based on “STEAM” content: Science, Technology, Engineering, the Arts, and Math. The temporary facility near Depot Park serves as a lab within a lab.

“We launched our program early so that we could determine the type of programming that we wanted to execute, do it well, and have it established by the time the museum opens,” Denault says.

Classes range from “Fling It Fly It Float It!” which studies Isaac Newton’s three laws of motion, to “Science is Artistic!” which explores the science behind artistic media.

The new, 21,000-square-foot museum will be able to reach three times as many students as the Creativity Lab, which accommodates 10 to 20 students per session. The new facility will also have space to fully launch the new Fabrication Lab, aka “Fab Lab,” which focuses on engineering and design and contains everything from 3D printers to soldering stations. Naturally, the Cade Museum designed its forthcoming exhibits with innovation in mind. The Gatorade exhibit will lead guests through Dr. Cade’s university lab. The American Ideals and Innovation exhibit features a display of the more than 8 million patents issued since the U.S. Patent and Trademark Office opened in 1836. The Gator Tank shows mini-documentaries of new inventors and allows guests to upload a video pitch of their own idea to the museum’s website.

The Cade Museum lies at the heart of the renovated Depot Park, a former EPA brownfield that Gainesville is transforming into an urban oasis with ponds, bike paths, nature trails and an extensive children’s play area. The renovated historic train depot (hence the name) will house a restaurant/café and other amenities.

“The land was about as contaminated as it gets,” Denault says. “I’m sure most people felt it was blight that we could not recover, but instead we created a restored reclamation project.”

Depot Park will serve as a model of sustainability as well as creativity. Special facilities will purify downtown’s stormwater runoff before it enters Paynes Prairie Preserve. In time, Depot Park trails will connect to the miles-long Hawthorne Trail, a rails-to-trails project. Affectionately nicknamed Gainesville’s Central Park, Depot Park symbolizes Gainesville’s evolution into a center of ideas – with the Cade Museum as the focal point.

“By uplifting Depot Park we’ve seen a huge transformation in our city,” Denault says. “It will be a center of activity for families. It was a huge commitment for Gainesville and Alachua County, but it’s exciting to see the changes.”