Gainesville features a high percentage of Creative Class workers, and the city has earned several accolades in recent years. 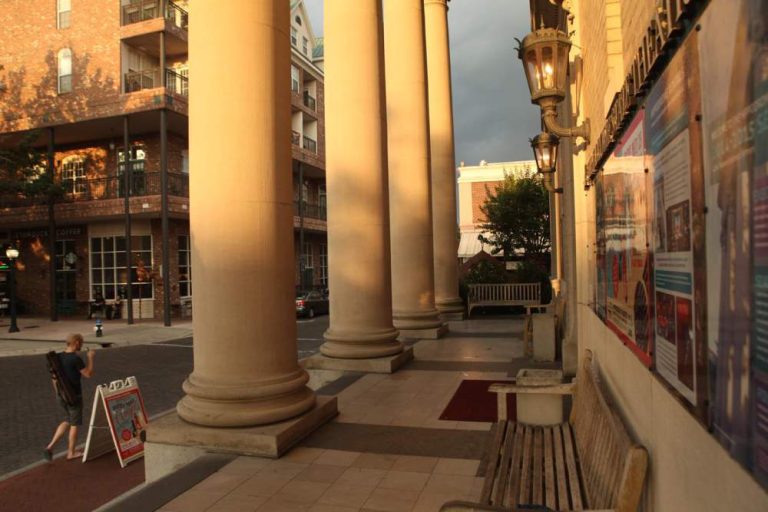 The University of Florida? Yes, Gainesville is a community best known for its university that draws students and faculty from all over the world.

However, Gainesville is much more than a college town, according to Jessica Hurov. She moved to north Florida in 2001 from Boston and today is managing director of the Hippodrome Theatre performing arts venue, which has served as an iconic landmark in the city’s downtown district for more than 40 years.

“Not long after I first arrived in Gainesville, I quickly discovered that regarding arts and culture, there is more happening in this small community than I could have ever hoped for,” Hurov says. “Besides the Hippodrome Theatre, there are ensembles such as the Dance Alive National Ballet, Gainesville Chamber Orchestra, Gainesville Community Playhouse and the Artisans Guild Gallery.”

Hurov points out that besides cultural contributions, the arts provide an economic stimulus to the community.

“Speaking for the Hippodrome, we draw more than 30 percent of our audiences from across north Florida, outside of Gainesville and Alachua County,” she says. “Whenever we have a performance at our theater – which is often – I notice that restaurants, shops, bistros and bars in downtown Gainesville come alive more than usual. Performances at ‘The Hipp’ help keep our downtown district thriving.”

Hurov is quick to mention that the University of Florida is obviously a major arts player in the region, with the UF College of Fine Arts staging 500 recitals, performances, art shows and concerts a year. The campus also houses the Samuel P. Harn Museum of Art, Florida Museum of Natural History, and the Cade Museum for Creativity & Invention that was funded through a foundation created by the inventors of Gatorade.

“Gainesville is an arts and culture force that would be the envy of much larger cities, and all of the arts and culture groups in this community work together,” she says. “We don’t see peer organizations as competitors. We see them as partners.”

Also befitting Gainesville is that the community features a high percentage of Creative Class workers, and the city has earned several accolades in recent years. Gainesville was ranked the No. 1 Place to Live in North America by Cities Ranked and Rated, and one of the Best Places to Live and Play by National Geographic Adventure.

A strong greenway system throughout the community encourages residents to run, walk and bike. According to census figures, five percent of Gainesville residents commute to work by bike, which is among the highest figures in the nation for a major population center.

Access to the beautiful outdoors is one of the positive aspects that caused Rebecca Prince to move here in 2006. Prince, who grew up in Australia, is chief financial officer at AllChem Industries and appreciates all the natural attractions that Gainesville offers.

“The city has an abundance of parks and nature trails that includes a 16-mile Gainesville-Hawthorne Trail, plus good biking options through places like Paynes Prairie Preserve State Park,” Prince says. “There are also many natural springs, like Ichetucknee Springs that forms Ichetucknee River where you can go tubing non-stop for about 90 minutes.”

Now Is the Time

Prince adds that Gainesville is easy to get around, with a 20-minute drive to work considered a long commute.

“Gainesville is positioning itself for high-tech industry, with more companies in high-growth fields choosing to move here because of the attractive lifestyle,” she says. “There are a variety of living options that include several quiet, beautifully gardened subdivisions off main roads. You wouldn’t know the subdivisions are even there, yet they’re only five minutes from downtown or the university.”

Besides her duties with AllChem Industries in Gainesville, Prince is also a board member with the Alachua County Emerging Leaders, a group of young professionals ages 21-45.

“Now is the time to live in Gainesville, particularly as a young professional,” she says. “Arts, education, a vibrant downtown, good housing choices, entertainment, sports, the outdoors. I wouldn’t want to live anywhere else.”