Skip to content
Home > FL > Gainesville > Love Where You Live > Gainesville Schools Team With UF, Santa Fe to Prepare Students for Jobs of the Future

Gainesville Schools Team With UF, Santa Fe to Prepare Students for Jobs of the Future

Learn how Alachua County Schools in the Gainesville, Fla., area is paving pathways for students to succeed in college and careers. 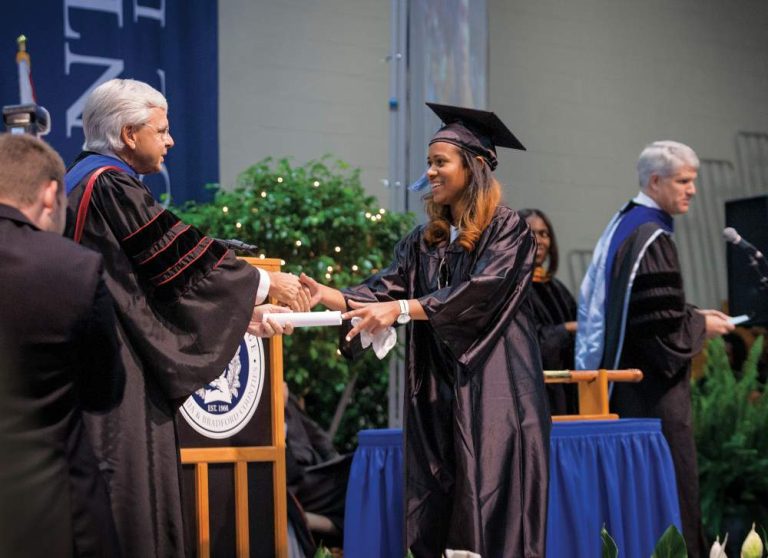 Education is a community-wide priority in Gainesville and Alachua County – 68 percent of the county’s adults have at least some college training – and the efforts to equip students with the tools to compete in a global marketplace begin as early as elementary school. In 2015, more than 20 business, community and education leaders – including University of Florida President Kent Fuchs, Santa Fe College President Jackson Sasser and Alachua County Public Schools officials – pledged their commitment to building a stronger workforce by signing the Alachua County Education Compact.

The compact emphasizes creating career pathways for students and widening the pipeline of talent flowing to current and emerging industries. It stresses developing healthy lifestyle habits, an appreciation for the arts and a sense of social responsibility.

“We consider [Santa Fe College’s] role in the compact integral to its success,” Sasser says. “We share the aspiration of the school district that 100 percent of students attending public school graduate and either transfer successfully or enter the workforce well-prepared. We will continue to work with precision with the school district to ensure students have the requisite skills to succeed in college, as well as the requisite skills to succeed in the local workforce.”

UF President Fuchs agrees, noting university initiatives such as outreach programs with schools through its colleges of engineering, education and liberal arts.

“And of course we have partnered with Santa Fe College for many years to prepare students to transfer to UF,” Fuchs says. “Several UF people have worked on the Education Compact committees, and we will continue to be involved in this important endeavor as it evolves.”

Alachua County Public Schools launched the Five in Five Plan to ensure all of the county’s children receive the highest quality education. That began with establishment of the Duval Early Learning Center, which prepares preschoolers to be successful in school and beyond. A mobile Parent Academy teaches parenting and personal development skills and supplies parents tools to engage with their children through education.

The district also implemented a STEAM (Science, Technology, Engineering, Arts and Mathematics) curriculum that focuses on project-based learning and teaches students valuable problem solving skills. An important element of the STEAM initiative is a robotics program. Students in grades K-12 build robots during the year and then compete in a countywide robotics competition sponsored by Infinite Energy.

The Alachua County Public Schools district has consistently ranked high among districts in the state. Five of the district’s high schools were ranked on The Washington Post’s 2015 High School Challenge Index of the nation’s top high schools. High schoolers scored 63 percent higher on average on Advanced Placement exams than the rest of the state, and the district’s SAT scores in 2015 were the highest in the state. The district also increased its graduation rate by more than three percent in 2015 to 87.9 percent.

school juniors and seniors are able to earn college credit through a dual enrollment program with Santa Fe College. Students take classes on the college’s campus that can be applied toward their high school diploma and toward an associate of arts or associate of science degree.

“Like our partnership with the University of Florida, we have a seamless relationship with the two school districts we serve,” Sasser says. “Because of articulation agreements, high school students do not duplicate information they already learned in high school when they arrive at college. Articulation agreements serve the students while building a trained workforce for high growth industries.”

Santa Fe College’s role in workforce development in the Gainesville area is primary. Following the lead of business leaders, through active advisory boards for each technology program, the college helps train and educate the local workforce, Sasser says.

“We provide professionals and technicians for hospitals, graduates with associate and bachelor’s degrees for biotechnology industries, and skilled workers for the more traditionally known technologies that include plumbing, carpentry and the electrical trades,” he says. “The college stands ready at a moment’s notice to immediately prepare workers for new and expanding businesses and industries.”