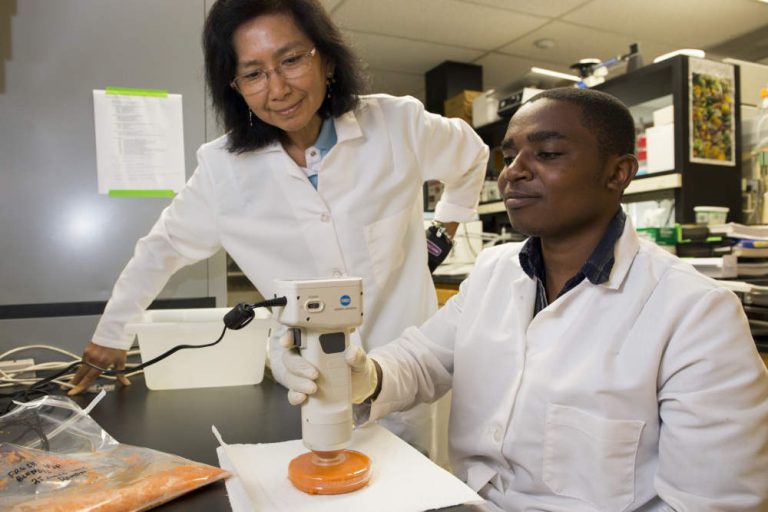 The University of Florida is a powerful engine that helps drive the region’s innovation economy, and these days, the mood is upbeat thanks to a major initiative to advance UF’s status as a world-class research center to new heights.

UF is already a top-ranked institution with an impressive track record in education, research and commercialization. Yet with the new initiative, UF Rising, it is poised to become the nation’s top public research university.

The five-year initiative includes a combined $150 million commitment from UF and the state that will allow hiring as many as 100 new faculty members, many of them with world-class reputations. The UF Foundation is supporting the plan with an $800 million campaign to add more than 100 new endowed professorships, and upgrade and add facilities, such as a new building for the Chemistry department.

The university’s highly regarded president, Bernie Machen, made the point that if UF was provided the resources to strategically invest in areas where it was already excelling, it could push it to even greater heights, Norton says. Machen even postponed a planned retirement to steer the launch of UF Rising.

“We compared very favorably, without doing anything,” Norton says.

With approximately 150 research centers and institutes, UF has enjoyed a long track record of success. Gatorade, for example, was developed at UF in 1965, just one visible example of its long leadership in commercialization. UF ranks 11th in number of U.S. patent applications and fourth in startups. In 2013, research awards totaled $640 million, 14th among public universities.

One of UF’s newest success stories is Innovation Hub, an incubator for technology companies based in state and UF research programs. Tenants range from Encephalodynamics, which is developing technology to diagnose impaired brain function, to RAPiD Genomics, which specializes in DNA genotyping and genetic analysis for agriculture. As of August 2013, the Hub had created 250 jobs and attracted $10 million in private investment.

Such successes help UF fulfill its dual mission of education and economic development. “We really do embrace that and align resources, where appropriate, that can move that mission forward,” Norton says.

Tech innovations are just part of UF’s portfolio. Other major centers of research include the Colleges of Medicine, Agricultural and Life Sciences, Engineering, and Liberal Arts and Sciences. The medical school had $335 million in research funding in 2009-2010, double the amount from a decade ago.

Researchers are studying everything from glaucoma to diabetes, cancer to organ transplants and the brain. Institutes such as the Shands Cancer Center and the Evelyn F. and William L. McKnight Brain Institute position UF as a world-class leader in medical research.

The Institute of Food and Agricultural Sciences is involved in research in commercial agriculture, wildlife and the environment. In one program, researchers used genetic restoration to improve the health of the endangered Florida panther population. Other teams are working to mitigate pine forest damage caused by climate change, studying alternative energy sources and developing sustainable solutions for pest infestations in commercial crops.

UF’s College of Engineering also is bringing jobs and investment to Gainesville. In 2012, MindTree Limited, an India-based IT and software company, announced plans to base its U.S. expansion in Gainesville. The move represents a $2.9 million capital investment and the promise of 400 jobs.

According to Machen, the College of Engineering played a key role in MindTree’s selection of Gainesville. “This shows the importance of having a leading national research university in the mix when it comes to economic development,” he said after the announcement.

UF’s talent and resources also attracted Mobiquity, a mobile engagement firm that chose Gainesville for its expansion, including 260 planned jobs.

With several such announcements made in 2013, UF’s College of Engineering is enjoying a healthy momentum. “It’s gained a lot of attention,” Norton says.

Add in the city’s thousands of well-educated graduates, and Gainesville has a lot to offer. “It’s an attractive place to set up shop,” Norton says.