From the creation of Gatorade 50 years ago to health-care discoveries today, the University of Florida's research and development efforts tackle pressing issues while helping grow the economy. 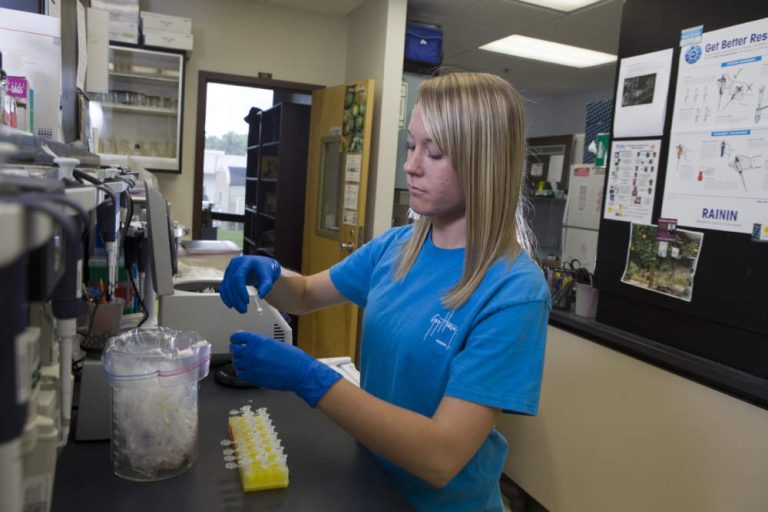 In 1965, a group of researchers at the University of Florida, led by Dr. Robert Cade, developed a drink to help the university’s athletes replenish body fluids lost during competition. Their creation, Gatorade, would become one of the most successful beverage brands in the world. Fast forward 50 years, and the University of Florida remains one of the nation’s leading research institutions. In 2014, UF’s research expenditures reached $702 million, and the economic impact of those dollars can be seen both on and off campus.

“Those are dollars spent on research that is occurring here on campus. It’s employing scientists, engineers, students, post-docs, graduate assistants – all of whom are working and living in this region,” says Dr. David Norton, vice president for research at the University of Florida. “One of our roles as a public university is also to be a driver for economic development. We look for opportunities where we can translate discoveries into relevant impact, and many of these commercial activities often take the form of startup companies.”

Norton cites a number of success stories, among them AGTC, a company that develops treatments for rare, genetic eye diseases. AGTC raised about $50 million through an initial public offering in 2014 – a major accomplishment for a company that started with University of Florida technology. Others include Nanotherapeutics, the recipient of a $360 million Department of Defense award, and Shadow Health, a company that originated from the university’s computer science department and was the first graduate of the Florida Innovation Hub in Gainesville.

More recently, researchers at UF have teamed up with Banyan Biomarkers Inc. to develop a blood test that can detect concussions as soon as 30 minutes after the injury has occurred. Barry Curtis, assistant director of industrial outreach at UF, says the project has global implications and has garnered interest from both the National Football League and the Department of Defense.

“The lasting legacy of Gatorade at UF is this collaboration between researchers and companies. Most people think of Gatorade as something only athletes drink but it has huge global health and nutrition implications. This concussion project could have the same kind of impact and, like Gatorade, it involves working with athletes,” Curtis says. “Given 2015 is the 50th anniversary of Gatorade, it’s a fitting project to continue the legacy that Dr. Cade started all those years ago.”

Where Businesses Are Built

Curtis’ department within the UF Office of Research connects companies – both large and small – to the myriad of researchers available at the university. Many sponsoring companies become beneficiaries of the Florida High Tech Corridor Matching Grants Research Program, which matches funding for research and development.

“This is a very valuable program particularly for cash-strapped small companies. By tapping into this program, these companies have access to world-class researchers at a much more affordable cost,” Curtis says. “The more funding we attract for our research, the more companies get started up and the more our economy grows.”

Under the leadership of the university’s 12th president, Dr. W. Kent Fuchs, who began his tenure in January 2015, UF is poised to have an even greater impact on the local and regional economies through research and development. The former Cornell University provost is committed to UF becoming a top 10 research institution, and has emphasized the need to maintain the symbiotic relationship between the university’s research community and the business community.

“Research by its nature is a business, and it’s always looking forward. We’re always trying to understand what are the most pressing questions, the biggest opportunities that lie out there on the horizon, such as reducing the cost of health care through technology, creating new technologies in the area of IT, and finding solutions to provide food and water to a planet that’s currently at 7 billion people,” Norton says. “It’s a big responsibility for us. We embrace it.”