What If You Won the HGTV Dream Home?

Would you actually move to the Dream Home city? 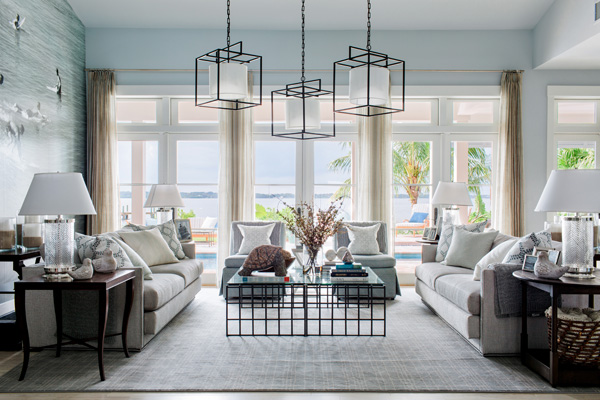 Alright, so by an excellent stroke of luck, let’s say that you – yes YOU – win the HGTV Dream Home. First, congratulations. But now you’ve got a huge, life changing decision to make. Do you take possession of the $1.4 million mansion and move to Merritt Island, FL to enjoy life in this U.S. garden spot? That’s a tough call.

So let’s see what other winners have done. Turns out that among the 19 previous Dream Home winners, only two actually moved to the participating city and took up residence. As for the other 17 winners, none could pay the home and property taxes that accompanied their windfall, and eventually sold their grand prizes.

However, what if you actually had the means and willingness to pay the accompanying taxes? Let’s say you move to Merritt Island. What could life be like in this sun-drenched community of 34,500 residents?

LOOKING FOR A MORE AFFORDABLE DREAM HOME? Check out our list of the Best Affordable Places to Live.

Where Would You Work?

Merritt Island is a bedroom community for hundreds of NASA employees who work at the nearby Kennedy Space Center, one of the top employers in the region. It’s also home to many employees who work at Port Canaveral, one of the busiest cruise and cargo ports in the country. The port is a major economic contributor because more than four million passengers sail its cruise ships each year, plus Port Canaveral supports hundreds of freight-related careers because it imports and exports huge amounts of petroleum, lumber, fresh produce and steel. The median annual income in Merritt Island is $55,957, while the median home value is $177,800. So the Dream Home is well above the normal price range here.

But let’s face it you may not be a rocket scientist, space engineer or have your sea legs. Don’t worry, there are lots of other jobs in Merritt Island, which is only about 30 minutes away from Orlando. Florida’s capital city is a strong and viable option if you are seeking a good job following your move into the Dream Home. Top employers in Orlando include Walt Disney World and Universal Studios, Orange County Public Schools, the State of Florida, Adventist Health System and Publix Supermarkets. In addition, the southern part of Merritt Island has several light commercial and industrial companies, plus Merritt Island Airport (a nice convenience) has a number of high-paying businesses on its grounds.

EXPLORE FLORIDA: Discover the 10 Best Places to Live in Florida.

Recreational attractions include deep sea fishing, a Great Florida Birding Trail, area golf courses, miles of beachfront, and a 140,000-acre Merritt Island National Wildlife Refuge that houses manatees, dolphins, sea turtles, bald eagles and hundreds of other animals. In fact, the overall quality of life in Merritt Island is greatly enhanced by the tourism/hospitality industry and the millions of dollars spent in the community each year, with nearly 500,000 people visiting Merritt Island annually.

GO or NO? Take this quiz to see if you should move to Florida.

We asked the folks at HGTV why they chose Merritt Island, FL as the location for their 20th Dream Home giveaway.

“After considering nearly a hundred different homes for the annual sweepstakes, the property on Merritt Island was HGTV’s pick,” said Ron Feinbaum, SVP of Scripps Networks’ home promotions division. “We knew from the outset that one of our goals was to have a home on the water, in a great climate and near desirable vacation destinations. Since this is the 20th anniversary of the HGTV Dream Home, we wanted to do something special. We’ve never done a remodel for this project before, but we know that appeals to our HGTV viewers who look to us for inspiration and information. The Merritt Island home is unique in its position near both fresh and salt water and was chosen partly because of its proximity to beaches and wildlife sanctuaries. The home is visually striking with a beautiful, dramatic entrance and lots of curbside appeal, but the interior needed significant renovation. The transformation of the home is quite impressive and the finished HGTV Dream Home is downright dreamy.”

Every year since 1997, American cable network Home & Garden Television has launched an HGTV Dream Home giveaway sweepstakes to present a valuable new home to a lucky winner in a different city each year. The 2016 Dream Home is a 3,100-square-foot, Caribbean-inspired, two-story structure that provides great waterfront views, and this is the first time that HGTV has remodeled an existing home instead of constructing a new one.

HGTV Dream Home 2016 designer Brian Patrick Flynn led the creative remodeling effort for the 3-bedroom, 3-bathroom house, adorning it with new furniture, artwork and accessories splashed in Florida-familiar mosaic colors of blue-gray, peach, teal, ivory and terra cotta. Both the exterior and interior have looks that sizzle tropical, with all items for the seaside residence purchased at the Ethan Allen Design Center in New York City.

The furnished Merritt Island residence has a retail value of $1.4 million and graces an ocean causeway near Cape Canaveral. The lucky winner will be chosen March 1, 2016, with U.S. residents 21 or older eligible to participate and able to enter the contest daily – once at HGTV.com and once at DIYNetwork.com. The sweepstakes ends Feb. 18, 2016 at 5 p.m. ET.

And, if the exquisite dwelling in the palm tree paradise of Merritt Island isn’t enough, here is a bonus: The contest winner receives more than the home. Also part of the prize package is $250,000 courtesy of Quicken Loans; a 2016 GMC Acadia Denali SUV truck with an MSRP of $53,805; and a 2016 Bryant Sperenza speed boat valued at $57,750.

The grand prizewinner will be contacted between March 21 and April 11, and that person will travel to the HGTV Dream Home for a “Winner Weekend” television programming event scheduled for April 14-17, 2016.