How Tech Became the Hottest Scene in Miami Beach

Miami Beach is known for surf, sand and sun. A new wave of startups and expanding companies want it to be known for something else: tech. 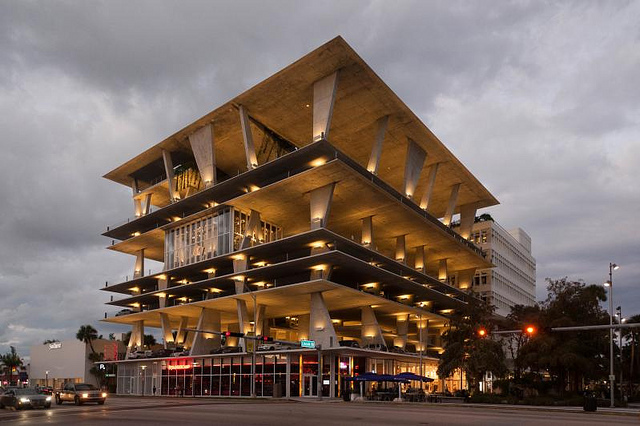 Miami Beach / Courtesy of Jacqueline Poggi under a CC 2.0 license.

Scan through calendars of events going on in Miami Beach, and there’s no shortage of full moon meditation sessions, film festivals and visiting DJs – and swimwear fashion week will be here before you know it.

But look a little deeper, and there’s a tech boom happening just under the glittering surface of this South Florida city.

Bizagi Catalyst, a digital conference, is scheduled for October. Tech Beach, a Meetup group for STEM entrepreneurs, has more than 3,000 members. And perhaps most exciting for the beach, website builder Wix opened a Miami Beach office on Lincoln Road with a lease through 2025. With the tech scene growing so rapidly, it’s no surprise that Miami Beach made our list of the 10 Best Cities for STEM Workers.

“There is clear momentum that the South Florida region is starting to mature,â€ said Chris Todd, the president of Airborne Response, a company that uses unmanned aircraft systems like drones to work major incidents. Todd says Miami Beach has been an “ideal locationâ€ for the company since it launched in 2016. The systems can be used in disaster response, security, mapping and surveys, training and more. Not only is the weather and airspace favorable, but it’s also perfect conditions for making videos.

Just north of Miami Beach, aptly named North Miami Beach was chosen as the location for the 2018 UAS/Drones for Disaster Response Conference.

Also on the beach is The Venture City, a venture capital fund and startup accelerator with the aim of helping small companies with a dream.

“We invest, nourish, help and take startups to a higher level. We are growth experts,â€ said Rosa JimÃ©nez-Cano, the chief of ecosystem relations. “Most of our team comes from Silicon Valley companies. We want our methodology to have a worldwide impact through entrepreneurship.”

Laura GonzÃ¡lez-EstÃ©fani, the founder and CEO of The Venture City, worked with Facebook for nine years, which brought her to the Miami area. She fell in love with the scene and its potential for tech companies, she founded her company.

“During her time in Latin America and Miami, she met lots of entrepreneurs. Many of them lacked of access to capital but were brilliant. She felt that she should be doing something to flourish the Miami tech scene and impact some more emerging hubs,â€ JimÃ©nez-Cano said.

“Wix chose Miami Beach in 2014 to better serve our growing customer base, tap into a vibrant technology sector and provide access to language skills that serve our Latin American users,” said Matt Rosenberg, director of PR and communications at Wix. “Miami provides a diverse workforce and we have been able to hire a very talented team as we’ve expanded our presence here and continue to provide customer service and support to our global customer base of more than 130 million users around the world.”

While quality of life, diversity and talent are propelling Miami Beach’s tech renaissance, there are some things holding the area back from realizing its full potential as a major tech hub – most notably: cost.

“Overpriced real estate – both commercial and residential – is an inhibiting factor preventing many startup tech firms from viewing Miami Beach as a viable option for them to plant a stake in the ground,â€ Todd said.

According to Newmark Knight Frank, which tracks office trends, the average asking price per square foot of rented office space in the Miami area is $34.97, while the national average is $27.68.

To help with costs, shared spaces like the new WeWork space on Lincoln Road helps cut down costs for startups.

Also, as the local tech scene grows, networking events and workshops have been instrumental for small companies. Wix Miami hosts a Wix Workshop once a month, where entrepreneurs can improve their digital skills. At The Venture City, staff hosts free workshops every two weeks. To educate future remote pilots, Airborne Response hosts exam preparation ad post-licensing training for those look to be certified by the Federation Aviation Administration.

“With the technology spotlight increasing on South Florida, now is the time for Miami Beach to circle the wagons and put a plan together to attract new startups and tech companies to come and do business in the city,â€ Todd said.