Ten Things to Do in Miami, FL 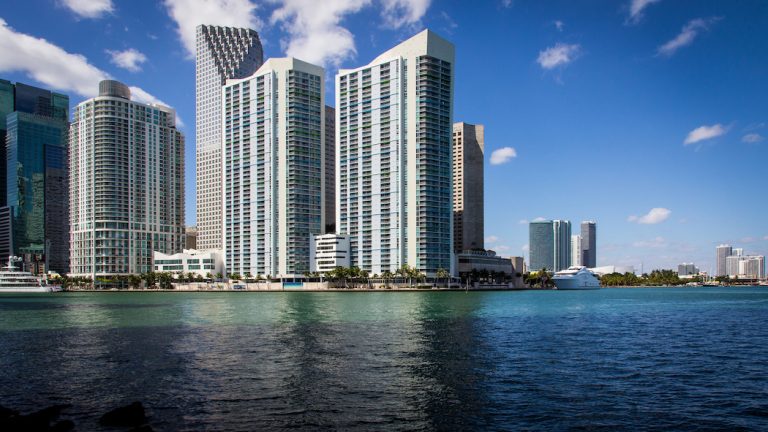 Miami / Courtesy of Stephen Weppler under a CC 4.0 license.

With the Atlantic Ocean accenting its coastline, Miami remains the No. 1 cruise passenger port in the world as well as a major center for culture and entertainment.

In the suburb of North Miami on Biscayne Bay is Oleta River State Park, with a number of challenging bike trails often used to stage extreme sports events. Also in the state park are a beach and a waterway for canoeists, while on-site primitive cabins are available for roughing it and overnight camping stays.

Formerly called Parrot Jungle, Jungle Island is a zoological park in Watson Island, just east of downtown Miami. A highlight of the venue is Jungle Theater, a large arena where visitors view wildlife from throughout the world. Other attractions include a trained bird show at the Parrot Bowl, plus exhibits of reptiles, penguins and flamingos.

On the island of Virginia Key within Biscayne Bay is Miami Seaquarium, opened in 1955 and now the oldest oceanarium in America. More than 500 animals are on display such as tropical fish, sharks, sea turtles, birds, reptiles and manatees, and the facility’s 225 employees make the Seaquarium a major contributor to the Miami-Dade County economy.

Architecture in all its glamour from the 1930s and 1940s can be viewed via a walking tour of Art Deco District in South Beach, with more than 800 bold-colored buildings still in existence. Flamboyant highlights include hotels like Park Central and the Imperial, and a tour map is available at the Art Deco District Welcome Center.

Nicknamed SoBe and positioned between Biscayne Bay and the Atlantic Ocean, South Beach is a major entertainment destination during both the daytime and nighttime hours. The renowned vacation getaway is popular with American and international tourists thanks to its famous beach and hundreds of restaurants, boutiques and nightclubs.

Shoppers will be in their fashionista glory throughout Miami, a city that offers everything from haute couture to bargain outlet malls. Major shopping centers include Aventura, Dadeland, Dolphin, Miami International, and Westland malls along with retail hotspots such as Bal Harbour Shops, CocoWalk, Lincoln Road, Midtown Miami, The Falls, and Village of Merrick Park.

In the heart of Millionaire’s Row fronting the Atlantic Ocean is Fontainebleau Hotel, which opened in 1954 and remains one of the most luxurious hotels on Miami Beach. The 1,504-room vacation paradise features a full spa, 12 restaurants such as FB Steakhouse and Scarpetta, and nightclub lounges like LIV and Bleau Bar.

A popular destination for Asian businesspeople as well as visitors from around the globe is Chinatown, situated in North Miami Beach primarily along 163rd Street between North Miami and N.E. 21st avenues. The neighborhood has a mixture of modern and traditional Chinese shops along with award-winning restaurants.

The oldest bar in Miami – it opened in 1912 – is Tobacco Road, situated in the downtown Brickell neighborhood. The two-story building has an upstairs that doubles as a live music venue, and the outside facade of Tobacco Road is often repainted to commemorate events – for example, pink in 2012 for Breast Cancer Awareness Month.