Skip to content
Home > FL > Okaloosa Island > Where to Live Now > Farm to Doorstep: Why ‘Agrihoods’ Are the Next Big Trend in Real Estate

Farm to Doorstep: Why ‘Agrihoods’ Are the Next Big Trend in Real Estate

Forget golf courses; the next generation of homebuyers want the best view of the local farm — and a share of the bounty. 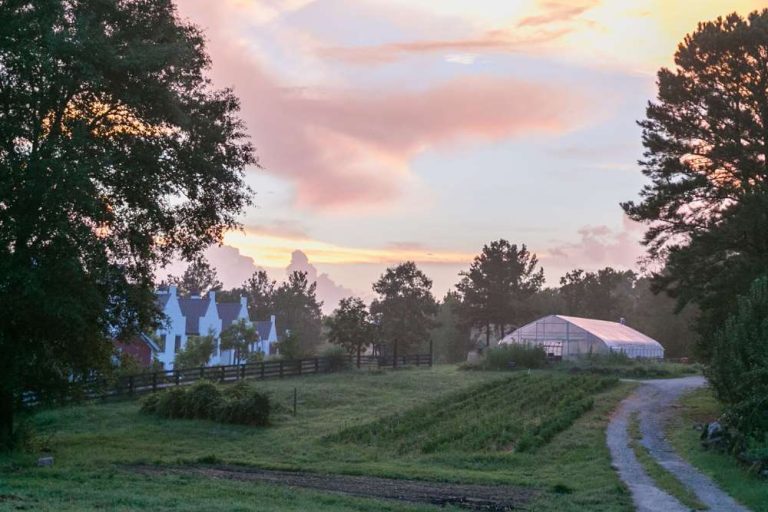 Millennials and Generation Z grew up with farm-to-table eating, urban farming, food co-ops and CSAs (community supported agriculture), so it should perhaps not come as a surprise that access to agriculture is now an important part of community planning. Want proof of the emerging focus on local, sustainably sourced food? Say hello to “agrihoods.”

Agrihoods are “single-family, multi-family or mixed use communities built with a working farm as a focus,” according to a 2016 report by the nonprofit Urban Land Institute (ULI) called “Cultivating Development: Trends and Opportunities at the Intersection of Food and Real Estate.” In other words, an agrihood is a neighborhood developed with the specific goal of providing instant, easy access to agriculture for everyone who lives there.

One appeal to agrihoods is, of course, the access to fresh fruits and vegetables. A 2015 survey by the ULI found that 73 percent of Americans prioritize access to fresh, healthy foods.

Established in 2004, Serenbe is a 1,000-acre agrihood located in the countryside outside of Atlanta, Georgia. The hundreds of homes in the agrihood are adjacent to a 25-acre organic farm which is cultivated by professional farmers. One Serenbe resident told CBS News that 80 percent of his family’s food came from within a 50-mile radius of his home.

Aberlin Springs is an agrihood which opened outside Cleveland, Ohio, earlier this year. Its residents automatically join its CSA and will receive their first bounty in early 2018. The community’s organic farm features cows, chickens, sheep and vegetables, which will be tended by local farmers. A community Farm Store selling eggs, meat and produce opened in the spring. Housing options in Aberlin Springs range from cabin homes (which are not yet available) to cottages in the low $300,000s to “estate homes” in the $650,000s.

An agrihood called Miralon in Palm Springs in the Coachella Valley will open in early 2018, according to its website. Homes in Miralon range from the high $300,000s to the mid-$700,000s, and all residences will be equipped with solar panels.

Miralon gets its agricultural community in the form of a former 18-hole golf course that has been redeveloped into community gardens and olive groves, which will be harvested by the Temecula Olive Oil Company. The olives will be pressed on-site and the bounty from the community gardens will be dispersed to the residents.

However, member-run food co-ops these are not. After all, one undeniable aspect of agrihoods — especially luxury agrihoods — are their exclusivity.

One such luxury agrihood will be Walden Monterey, located one hour from Silicon Valley on the Monterey Peninsula in California. As the Los Angeles Times reports, the 600-acre property will be developed into 22 plots with houses worth around $5 million each. The development will feature “a sunrise yoga platform, a treehouse and Zen meditation gardens” but the real agrihood feature will be a communal farm.

Is it a positive sign for environmentalists that new developments are incorporating agricultural space? After all, The Desert Sun notes that developers aren’t usually keen on open space — ultimately, that space is property that would be more profitable with houses on it. But in an agrihood, the inclusion of a farm or olive grove is seen as an asset that makes the community more sellable. Previous generations of homebuyers might have paid more for easy access to a community golf course; today’s buyers feel the same way about a working farm.

For this reason, agrihoods could create a bridge between developers, environmentalists and a new generation of homebuyers who value local food, sustainability, and community.

It’s long been said that one of the best ways to build a bond with your neighbors is to break bread with them. Even better if the bread is made from local wheat and dipped in olive oil from the grove down the street, right?