Nation’s Oldest City St. Augustine Celebrates Its Past With Pride

It seems no matter where you turn there is a monument or landmark honoring the area's Spanish heritage and storied past. 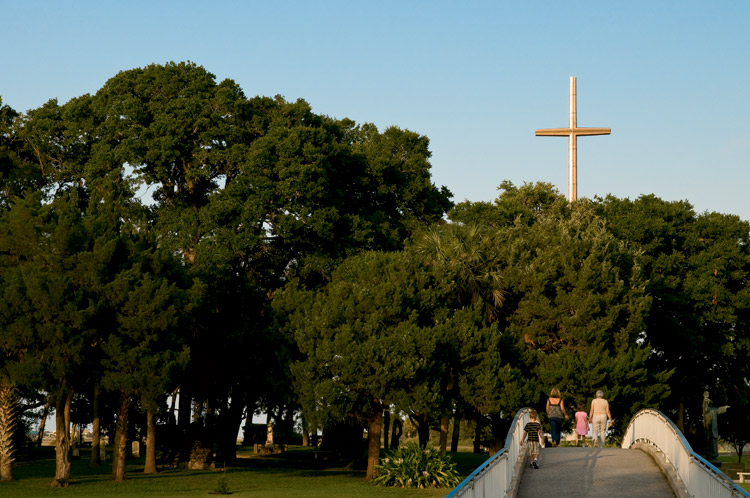 St. Augustine isn’t nicknamed “Ancient City” for nothing. It seems no matter where you turn there is a monument or landmark honoring the area’s Spanish heritage and storied past. And no single landmark is more famous than the legendary Fountain of Youth. The continent’s oldest historic site from the European invasion dates to 1565, about 50 year’s after Ponce de Leon’s arrival.

Today, the Fountain of Youth National Archaeological Park features historical exhibits, a planetarium and, of course, the internationally sought-after spring. At the impressive Castillo de San Marcos National Monument, built between 1672 and 1695, visitors can see what served primarily as an outpost of the Spanish Empire, guarding St. Augustine and protecting the sea route for treasure-laden ships returning to Spain. The park consists of North America’s oldest surviving fortress and its attendant grounds. The past comes to life through an array of programs, including historical weapons demonstrations and reenactments. For the more sports-minded, the World Golf Hall of Fame features interactive exhibits that bring the game alive for big time fans. See what it’s like to putt on a green from the 1880s, or enjoy the outdoor exhibit courses. There’s even an IMAX theater on the grounds if the kids get a little antsy. Young and old alike will be amazed at the menagerie found at Alligator Farm and Zoological Park. Though the zoo features exotic animals of all shapes and sizes, the ultimate reptile to visit is the aptly named Maximo, a 15-foot-3-inch saltwater crocodile that tips the scales at a whopping 1,250 pounds.

To wind down, take a relaxing ride on the Victory III, which departs from the St. Augustine Municipal Marina and cruises down the river, bay and inlet. The captain provides a running commentary during the most tranquil way to view St. Augustine’s historical landmarks, including the Bridge of Lions, Castillo de San Marcos, the Fountain of Youth and St. Augustine Lighthouse.