Tampa's comeback story is one for the ages. 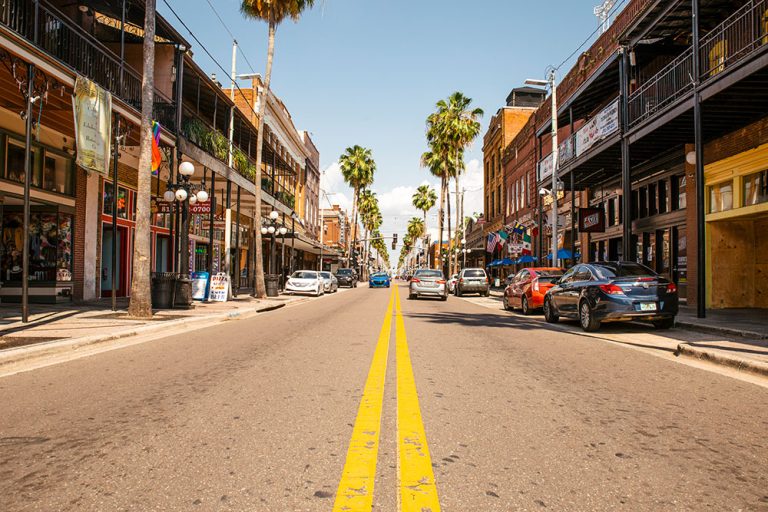 If you’re looking for a great comeback story – or the perfect place to make your own comeback – look no further than Tampa, FL.

Some may have counted Tampa out after the city was hit hard by the Great Recession. But over the last eight years, Tampa hasn’t just managed to get back up, it’s been completely transformed into a desirable and competitive city. In fact, Tampa is now one of the fastest growing cities in the nation, with nearly 300,000 new residents migrating to the city between 2010 and 2017.

From the reinvention of its urban core and waterfront areas to Tampa’s job growth and affordability, there are plenty of reasons why people are choosing to make this sunny city their new home, and you may want to, too…

The Reinvention of the Downtown & Waterfront

Water Street Tampa is one of the largest redevelopment projects that Tampa has seen in recent history, and it’s helping transform the city into a vibrant, diverse and attractive option for young people looking for a new place to call home.

And if your dream is to live in a city that’s walkable with easy and ample access to water activities and outdoor fun, Tampa won’t disappoint. In 2015, Tampa completed the stunning 2.5-mile Riverwalk. This gorgeous path connects multiple arts and cultural centers with public parks and dining and shopping options.

Residents can wander the path from the Aquarium to the Tampa Museum of Art through beautiful parks and down to Sparkman Wharf – one of the most recent highly desirable elements of the Water Street Development to open.

Sparkman Wharf is a waterfront entertainment venue with a beer garden and a collection of shipping containers(!) that house small eateries by some of the city’s best-known chefs. Locals can catch live music while relaxing and dining in the open-air.

If you are looking for a new job or want to set up base camp in a city that promises job security, then Tampa should definitely be on your radar. A recent study ranked Tampa fourth in the country for job opportunities, and the unemployment rate in October of 2018 was just 2.9%, which is below both the state and national average.

Along with attracting new residents to the area, Tampa has been drawing new businesses. The Fortune 500 company Mosaic announced plans to relocated its headquarters to Tampa. Additionally, the Frank Recruitment Group, a UK-based specialist IT staffing firm; and Liftup, a Denmark-based accessibility products designer and manufacturer, are both opening offices in Tampa. Combined, the three businesses will bring over 200 jobs to the area.

Finding an affordable place to call home doesn’t have to mean settling for less when you live in Tampa. The cost of living in this thriving city is more than 8% below the national average, and it was recently ranked second among the best places for first-time homebuyers.

Beyond housing, the cost of transportation in and around the city is low to nothing for those living and working in the urban core. While downtown Tampa is walkable and bikeable for the most part, those looking to hitch a ride can do it for free on the city’s TECO Line street cars. The iconic, old school cars run through downtown Tampa to Ybor City from 7 a.m. to 7 p.m. and departing from stations every 15 minutes.

Located in the sunshine state, Tampa’s weather is not to be overlooked when it comes to the reasons why so many people are eager to move there. Water lovers can easily head to the ocean and bask in the golden rays on one of the nearby beaches. Or you can stay close to home and kayak or SUP in the waters that run alongside the Riverwalk.

Warm temperatures also make for the perfect festival atmosphere, and Tampa takes full advantage with year-round celebrations that spill into the streets. There are festivals that celebrate almost everything from music to the arts to the tasty margaritas. With new venues like Sparkman Wharf hosting live music, as well as multiple stadiums drawing big acts and sporting events, Tampa really is where it’s all happening.