Vermont is famous for beer, but it's quickly becoming a hard cider destination. Here's your tasting itinerary. 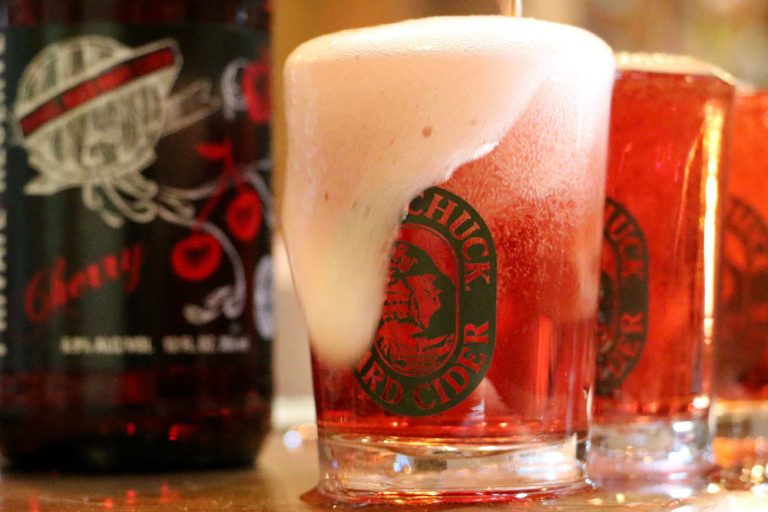 Hard cider makers in the Green Mountain State are fast on the heels of Vermont’s world-renowned beer brewers, with new cideries opening and small ones expanding to quench the thirst of their fans. Not that hard cider is new to Vermont – the colonists made this quaffable drink in large quantities to use up and preserve their harvest. During the time leading up to Prohibition, however, cideries closed due to falling demand. When the dry years ended, beer emerged as the drink of choice, leaving cider behind as ancient history. In the past decade, however, Vermont’s cider makers have been working to bring this historic beverage back and they’re succeeding.

Want to get a well-rounded taste of Vermont’s second favorite alcoholic beverage? Here’s a quick roundup of some of Vermont’s best cider makers that offer the opportunity to sample their products.

The largest hard cider maker is the Vermont Hard Cider Company, better known by its original name, Woodchuck–old-time Vermonters’ slang for a redneck. Owned by the Irish cider company C&C Group since 2012, the cidery produces several core varieties year-round and features limited-release seasonal flavors as well. The Cider House and Tap Room in Middlebury welcomes guests Wednesday through Sunday, with rotating specials each day, including cider-based cocktails and cider-and-pizza nights.

Shacksbury Cider, on the shore of Lake Champlain in Vergennes, focuses on European-style ciders, from the tart and funky Basque style to their Dry and Semi-Dry, with just a hint of farm-y aroma and flavor, as opposed to the cloying sweetness of many American hard ciders. A long-running project for this cidery is its annual Lost Apple release. Each fall, the makers forage for apple varieties that are neglected in the commercial market and use them to produce a complex, flavorful brew that reflects the centuries-old tradition of hard cider in New England.

The team’s attention to capturing the unique flavors of forgotten apple varieties has drawn the attention of celebrity chef David Chang, with whom Shacksbury has collaborated to produce a special cider for release only in Chang’s Momofuku restaurants. The cidery’s tasting room in Vergennes opened in the fall of 2017.

In their industrial chic tasting room in Burlington‘s South End Arts District, Citizen Cider offers sample flights or full pours of their four main flavors, as well as several that incorporate other fruits, such as the sweet hint of blueberries in bRosÃ© or the tart mouthfeel of cranberries in Americran. The bartenders have also created several intriguing cocktails that feature cider. Fulfilling their motto of “bringing cider to the people,â€ the cider makers’ varieties cover the range from the sweet end to the dry, with one offering, Wit’s Up, described as a “classic cider maker’s cider.â€

Located in the central Vermont resort town of Stowe, Stowe Cider has grown since its inception in 2013. In addition to opening a separate tasting room on the Mountain Road, in the fall of 2017, the cidery opened a brand-new production facility that more than doubles its fermenting capacity. Like other cideries, Stowe Cider produces varieties to suit many tastes, from sweet to dry. Several seasonal releases include berries and other fruits, but the more complex offerings are those in the barrel-aged series. Along with ciders aged in Chardonnay, rum, and bourbon barrels, this collection also includes the Gin and Juice ciders, a collaboration between Stowe Cider and several Vermont-based distillers.

On Isle La Motte in the north end of Lake Champlain, the family at Hall Home Place has tended its apple and pear orchards since the early 1800s. In 2009, they began producing ice cider, a perfect choice for the cold winters in this town just over ten miles from the Canadian border. Visitors can sip some of Hall Home Place’s cider at their cafÃ© on weekends in the summer and fall or can purchase bottles directly from the cidery’s website. The Halls also sell their cider at local farmers markets and area fairs.

Eden Specialty Ciders, headquartered in the city of Newport in the far northeast corner of Vermont, distinguishes itself from other cideries by producing unique styles of the drink, including ice cider, which is fermented from frozen apple juice, aperitif ciders, and sparkling ciders. Though they source apples from their own orchard, Eden also collaborates with other local growers, making their specialty drinks a community effort. Though this cidery doesn’t have its own tasting room, the ciders can be sampled at the Northeast Kingdom Tasting Center in downtown Newport.