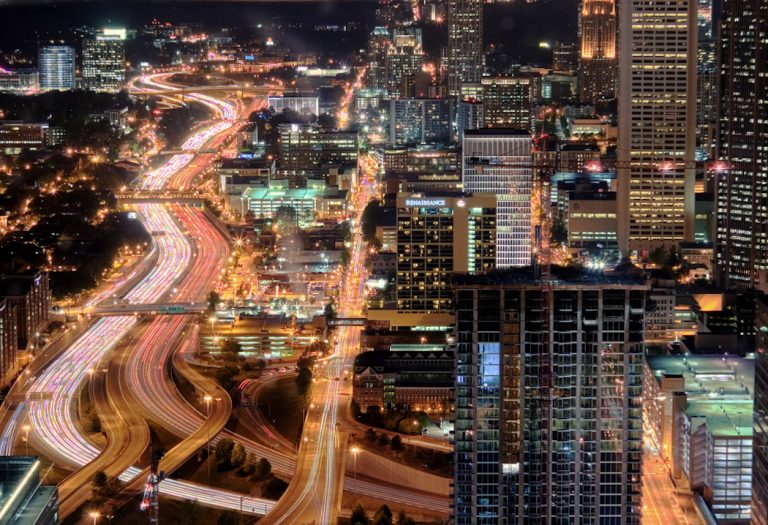 Courtesy of Brett Weinstein under a CC 4.0 license.

The state capital of Georgia is Atlanta (pictured above), which houses many federal, state and local government agencies, making the government one of the largest contributors to the economy. Other strong industries are agriculture, education, healthcare, manufacturing, military defense and technology. Here are 10 of he Peach Tree State’s largest employers:

Opened in 1918 to support the U.S. efforts in World War I, Fort Benning is a U.S. Army base that straddles the Georgia-Alabama border near Columbus. More than 100,000 military personnel, family members, retirees and civilian employees occupy the base daily.

One of the largest metal fabricators in the nation is B&B Fabrication, located in Milner in central Georgia and known for constructing customized trailers for customers throughout the world.

In Forest Park on the southeast edge of Atlanta is Fort Gillem, which opened in 1941 and today employs about 7,000 active duty personnel and civilians. The base is known for housing the U.S. Army Criminal Investigation Laboratory.

More than 6,500 military and civilian employees work at Moody Air Force Base, located nine miles northeast of Valdosta. The base houses Embry-Riddle Aeronautical University as well as the 23rd Wing, which carries out worldwide air support along with combat search and rescue operations.

Headquartered in Warner Robins is Robins Air Force Base, which manages a huge inventory of Air Force aircraft, engines, missiles, software and avionics and accessories components. The host unit at Robins AFB is the 78th Air Base Wing.

Located in the Druid Hills section of metropolitan Atlanta is Emory University, founded in 1836. The private research university has nine academic divisions, including schools of engineering, law, medicine and theology.

Nearly 100 Winn-Dixie supermarkets operate in Georgia, and the popular chain is known for its Chek brand soft drinks and ultra-fresh beef products. More than 6,000 people work full-time for Winn-Dixie in Georgia.

The largest health care system in Georgia is Emory Healthcare Network, and the largest entity under its corporate umbrella is Emory University Hospital in Atlanta. The hospital is highly regarded for its medical research and advancements.