Skip to content
Home > Education, Careers & Opportunity > These Are the Most Successful Businesses in Greeley, CO

These Are the Most Successful Businesses in Greeley, CO

Learn more about the companies that have helped create and sustain Greeley's flourishing economy. 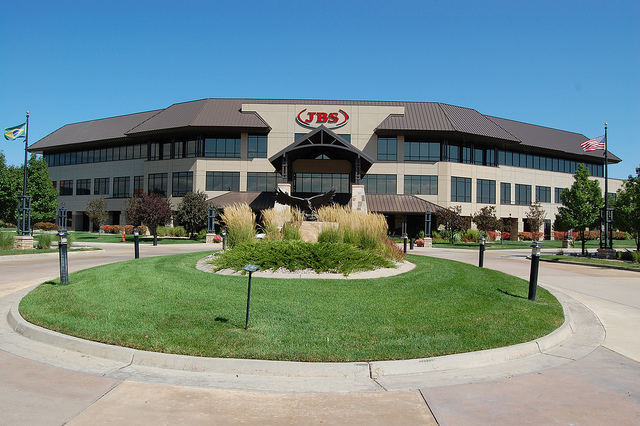 Both large and small businesses are finding success in Greeley, and they’re creating a thriving economy that’s turning heads across the U.S. Greeley landed the No. 33 spot on Forbes’ list of The Best Places for Business and Careers in 2015, beating out several larger, more metropolitan cities.

“We have a really varied, diverse economy,” says Kim Barbour, public affairs director for the Greeley Chamber of Commerce. “For a long time, our economy was all about agriculture – we’re actually still the only county outside of California that ranks in the top 10 agricultural producing counties in the U.S. – but our other industries are also doing well.”

The largest employer in Greeley and Weld County, JBS USA is the leading professor of beef, pork and lamb in the U.S., and it’s the largest cattle feeder in the world. Greeley is home to the company’s U.S. corporate headquarters, and the area also includes two JBS USA feedlots and one of its beef processing plants.

Also in the agriculture industry, Rice’s Honey is an example of a smaller company that’s going strong in Greeley. The family-owned company, now in its fifth generation, has been producing raw, unfiltered honey since it began in 1924. Rice’s Honey’s products are available in major retail stores like Whole Foods Market and Walmart, and customers can purchase honey directly from the company.

Solo entrepreneurs are successful in Greeley, too. One example is Brian Seifried, who opened up his first Wing Shack location in the nearby community of Garden City just over 10 years ago. The restaurant quickly took off, and he now operates Wing Shack restaurants in west Greeley, Loveland, Fort Collins and Windsor. The Greeley Chamber named Seifried the Entrepreneur of the Year in 2014, and that’s just one example of how the city supports its small businesses.

“Both the city and the county have incentive programs for small businesses,” Barbour says. “Plus, the City of Greeley’s economic department and Upstate Colorado Economic Development are always working with new businesses to help them grow.”

Other successful businesses in the area include energy companies, such as Noble Energy and Select Energy Services, as well as Hensel Phelps Construction Co., a building services company that has its corporate headquarters in Greeley. Education and health care are also major players in Greeley’s economy; the University of Northern Colorado is Greeley’s second-largest employer, while Banner Health: North Colorado Medical Center is the city’s third-largest employer.

Want to learn more about Greeley’s major businesses and industries? See a full list of the city’s top employers.