Skip to content
Home > Experiences & Adventures > These Are the Most Googled Questions (And Answers) About Greeley, CO

These Are the Most Googled Questions (And Answers) About Greeley, CO

Find the answers to your most pressing Greeley-related questions. 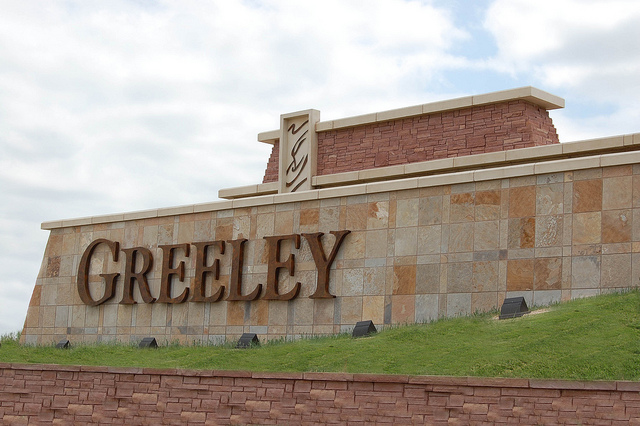 If you’re considering moving to Greeley, chances are you have a lot of questions about the city, and you’re probably planning to turn to Google for answers. But today’s your lucky day – we’ve done the hard work for you by answering five of the most important questions people regularly ask about Greeley.

1. How close is Greeley, CO to Denver?

Pretty close. To be more specific, Greeley is exactly 56.8 miles from Denver if you take US-85 S, and Google Maps predicts the journey will take one hour and nine minutes (without traffic). Those taking I-25 S to Greeley from Denver will cover 64 miles, but the predicted drive-time without traffic is three minutes less than the US-85 S route. Either way, it’s not a long drive, and most Greeley residents feel fortunate to live so close to the Mile High City.

If you’re downtown, it looks like a college town, thanks to the University of Northern Colorado’s presence in the area. And that’s a good thing; college kids bring restaurants, bars and coffee shops, plus fun attractions and events for the entire community to enjoy. The rest of the town has a more family-friendly vibe, complete with spacious parks and green spaces and suburban neighborhoods.

3. When does the Greeley Stampede start?

June 23, 2016 (and it ends on July 4). If you’re one of the few people who unfamiliar with the Greeley Stampede, it’s one of the area’s biggest annual events. Expect to see rodeo competitions and concerts from major national acts – this year, Lady Antebellum, Chris Young and Vince Neil are scheduled to perform – and there’s a demolition derby, the Miss Rodeo Colorado Pageant, parades and a carnival.

Yes. The average annual snowfall in Greeley is 41 inches, but don’t let that alarm you if you’re not a fan of the white stuff. Several of the community’s neighborhoods offer snow-removal services (and there are plenty of snow-removal companies available for hire if you aren’t in one of those lucky neighborhoods), and the city has an average of 270 sunshine-y days per year, so the snow usually melts pretty quickly.

5. Why Does Greeley smell bad?

Well, it doesn’t. Not anymore, anyway.

Here’s the story: There’s a meatpacking plant on Greeley’s northeast side, and in the past, an unsavory odor would sometimes float through the city. It became a big problem in the 1980s when the Denver Broncos held spring training in Greeley; the media caught wind of the stink, and the city got stuck with a less-than-desirable reputation.

That’s the bad news. The good news? Greeley’s city government has done a lot of work to fix the stench, including creating an Odor Hotline that allows residents to call in and report bad smells. Calls received during business hours are immediately addressed as state-certified inspection officers are sent to the reported locations, and they use tools to measure the smell’s severity. In 1995, when the hotline first began, there were 600 calls, but in 2012, there were only 25. Plus, newer feedlots and processing plants have been built downwind from Greeley, and most current residents say they rarely – if ever – catch of a whiff of anything unpleasant coming from nearby facilities.