You Won’t Want to Miss These Annual Events in Greeley, CO 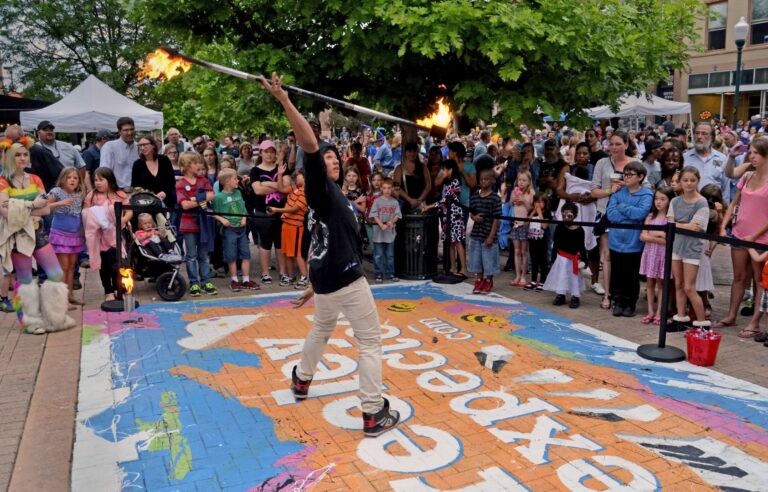 Greeley celebrates every season with fun festivals and events, giving residents something to look forward to throughout the year.

Each September, the Greeley Museums put on Potato Day at Centennial Village Museum. The family-friendly event gives attendees the opportunity to step back in time with living history demonstrations, and there’s live music, kids’ activities and food – including stuffed baked potatoes with all the fixings. Admission is $7 per person, but children age 2 and under can attend for free.

Taking place in early October in downtown Greely’s historic Lincoln Park, OktoBREWfest kicks off on a Friday evening with beer, brats, games and live music. During the main event, which begins on Saturday morning, attendees can sample foods from more than a dozen vendors while sipping on a variety of brews. There’s also live entertainment, contests, crafts and plenty of kids’ activities, so there’s something for the whole family to enjoy. OktoBREWfest is a fundraiser for the Greeley Downtown Development Authority, an organization devoted to revitalizing and improving the city’s downtown district.

Community Fest at the University of Northern Colorado is also held in early October, and this daylong, free event focuses on making learning fun. Attendees can take part in hands-on learning opportunities and interactive demonstrations, which are led by UNC departments and student clubs as well as community businesses and organizations, and there’s food, live entertainment, face painting, inflatable games and more.

Presented by the City of Greeley and the Greeley Philharmonic Guild, the Festival of Trees signals the beginning of the holiday season for many Greeley residents. The weeklong event begins right after Thanksgiving, and it takes place at the Union Colony Civic Center, which is transformed into a winter wonderland with decorated trees and themed displays. Attendees can enjoy a silent auction, horse and carriage rides, holiday demonstrations, live music and more. Admission is $2.50 for adults, and $1.50 for children age 1-12 and seniors age 60 and older.

Also kicking off the holiday season is the Greeley Lights the Night Parade. Taking place at the end of November, the parade includes more than 50 lighted entries that make their way through downtown Greeley’s Lincoln Park.

One of Greeley’s biggest events, the Colorado Farm Show, is held at the end of January at Island Grove Regional Park. Drawing more than 30,000 people from across the region, the three-day show is one of largest and oldest of its kind in the U.S. Attendees can check out more than 350 agriculture-related exhibits and learn more about the agriculture industry through special seminars. Admission is free, but on-site parking is $5.

Celebrate St. Patrick’s Day in style at Blarney on the Block in downtown Greeley. Sponsored by First National Bank, the event includes a parade, kids’ games and activities, live music and entertainment, and plenty of green beer.

One of Greeley’s newest events is the Greeley Beer & Sprits Festival, which features craft brews and spirits from local breweries and distilleries. The daylong event takes place at The Garage Creative Co-Op in downtown Greeley, and general admission is $25 while VIP tickets are $40. Proceeds benefit the Greeley Philharmonic Orchestra.

Top Chef of Northern Colorado, one of Greeley’s signature gala events, is held in mid-April and features a friendly competition between the area’s “Top Chefs,” as well as delicious food and beverages for all attendees. Proceeds from the event go to A Kid’s Place, which serves abused or neglected children in Weld County.

If you love listening to live music, you won’t want to miss the UNC/Greeley Jazz Festival. The event – the largest of its kind in the nation – is held at the end of April and draws a combination of internationally-recognized artists; award-winning clinicians; and more than 250 college, high school and middle school bands and jazz vocal groups. Tickets are available for the main stage concerts that take place in the evening, but all daytime performances and educational workshops are free and open to the public.

On Friday nights throughout the summer, free Neighborhood Nights events take place at various Greeley parks and feature family-friendly movies like The Sandlot and Night at the Museum: Secret of the Tomb.

Celebrating the area’s western heritage, the Greeley Stampede begins at the end of June and wraps up in early July. Events include rodeo competitions, live music from top country music artists, daily parades, a demolition derby, Independence Day fireworks and an art show. The Greeley Stampede also hosts the Miss Colorado Rodeo Pageant as well as a carnival with thrill rides and midway games.

The Arts Picnic in Lincoln Park, held on the last weekend in July, features more than 150 artists’ booths, a beer garden and a food court with international cuisine. In addition, the two-day event includes two stages of live entertainment and a hands-on kids’ area with creative projects designed to keep little hands busy and out of trouble. Also taking place at the end of July is the six-day Weld County Fair, which is free to the public and hosts a variety of agriculture events like 4-H horse shows, dairy cattle shows, rabbit shows and open roping.