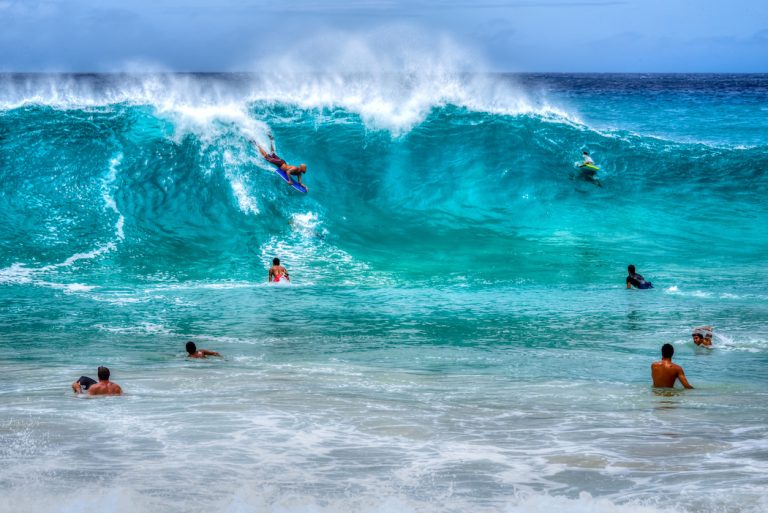 Hawaii / Courtesy of Floyd Manzano under a CC 4.0 license.

“Alohaâ€ from Hawaii, which is composed entirely of islands and is known for its scenery, tropical climate, surfing, beaches and volcanoes. Tourism is a key industry thanks to more than 6 million annual visitors, while other key economic sectors are agriculture, education, light manufacturing and the military.

Here is some background on the Aloha State’s eight largest employers:

Only one public school system exists in the state, and it is run by the Hawaii State Department of Education. The agency is headquartered in Honolulu and oversees all 283 public schools and charter schools as well as 13,000 teachers, and the department serves about 185,000 students.

Founded in 1859 by Queen Emma and King Kamehameha IV, Queen’s Medical Center is a 533-bed hospital in downtown Honolulu that has 3,600 employees, including 1,100 nurses and 1,100 physicians on call. Its services include behavioral medicine, cancer care, cardiology, geriatrics, gynecology, orthopedics, psychiatry, surgery and trauma care.

With seven destinations all in Hawaii, Aloha Air Cargo has a fleet of seven aircraft and offers regular cargo flights six days a week. Headquartered in Honolulu, Aloha Air also has partnerships with carriers like DHL, Federal Express and UPS to arrange shipments from any Hawaii city to any destination worldwide.

Founded in 1897, Bank of Hawaii is the largest independent financial institution in Hawaii and serves individuals, companies and governments throughout the state as well as American Samoa and the West Pacific. Based in Honolulu, the bank specializes in commercial banking and investment services.

The only children’s hospital in Hawaii is Kapiolani Medical Center for Women and Children, which provides care for kids spanning from infants to young adults. Kapiolani has the state’s only 24-hour pediatric emergency room, pediatric intensive care unit and adolescent unit.

Established in 1969, Altres is a leader in human resources and staffing, serving a clientele of companies ranging from large to small throughout Hawaii. A key specialty of Altres is finding the best possible technical staff employees for companies in need of them.