This Iowa Startup Has a Green Solution to Clean Water

The key? Algae. Now the company based near Ames is looking to go national with their innovative treatment. 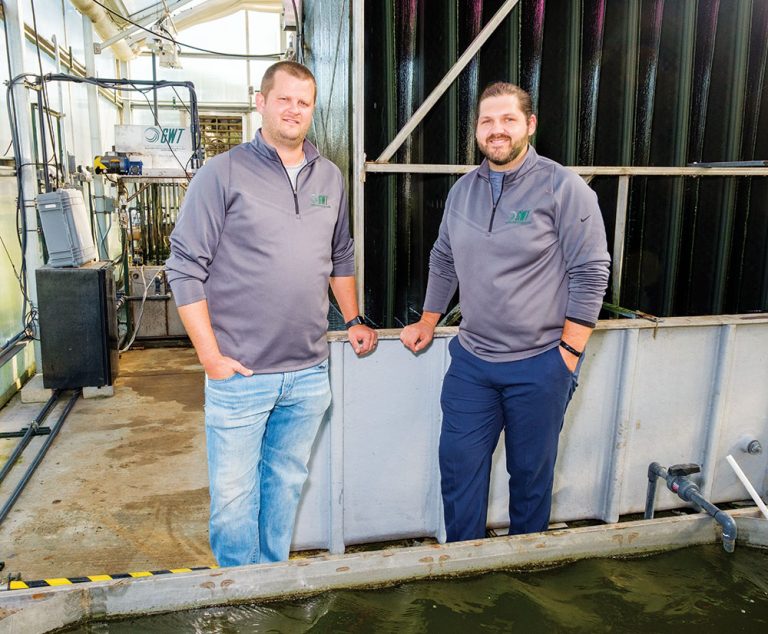 The business landscape in Ames and the Heart of Iowa includes much more than rippling seas of corn stalks. Tech companies, advanced manufacturing and renewable energy all top the list of big industries in the region.

One such company is an Iowa startup in green tech – really, really green. Many cities are being required to upgrade their wastewater treatment plants to meet new regulations for nitrogen and phosphorus discharge, and the costs to rebuild facilities can be astronomical. Enter Gross-Wen Technologies (GWT): Its algae-based treatment technology addresses the regulations at a fraction of the cost to rebuild.

Algae is considered the most sustainable way to treat wastewater. During the treatment process, algae is consuming carbon dioxide from the atmosphere, then that carbon dioxide containing algae is used as a slow-release fertilizer. Native Iowan and GWT founder Dr. Martin Gross uniquely modified this mean, green, nitrogen-and-phosphorus fighting machine through his revolving algal biofilm treatment technology (RAB).

In 2019, GWT opened a new space in Slater to serve as the company’s headquarters. Just two years later, GWT ran a successful Series A investment round, co-led by ISA Ventures and Iowa Farm Bureau’s Rural Vitality Fund, which pulled in $6.5 million. That capital will really allow GWT to flex.

“Up until now, we have really been focused locally on sales efforts in Iowa and some of the surrounding states,” Gross says. “We are expanding our sales effort to several additional states throughout the U.S. Additionally, we are executing our largest commercial deployments to date next year with Slater and at Iowa City’s wastewater treatment plants.”

“We are proud Iowans. Almost all of our employees are originally from the state of Iowa.”

Gross said his connection to the region runs deep, but it’s the support from higher education research facilities, supplemented with backing from state and local government, that makes the region an ideal location for his growing tech company.

“With the RAB technology being invented at Iowa State University, we have strong ties through the university, and they have fantastic support for aspiring entrepreneurs like myself,” Gross says. “Through the John Pappajohn Entrepreneurial Center and Agriculture Startup Engine, they were really some of the early catalysts of our business.”

GWT has its eye on the future, and Gross says he’s optimistic about his locally sourced staff. “Whether it’s Grinnell, Logan, Le Mars, Ankeny, Clarion, Afton … I could go on. Iowa is full of talented individuals!”