Take a bite out of Ames' culinary scene. 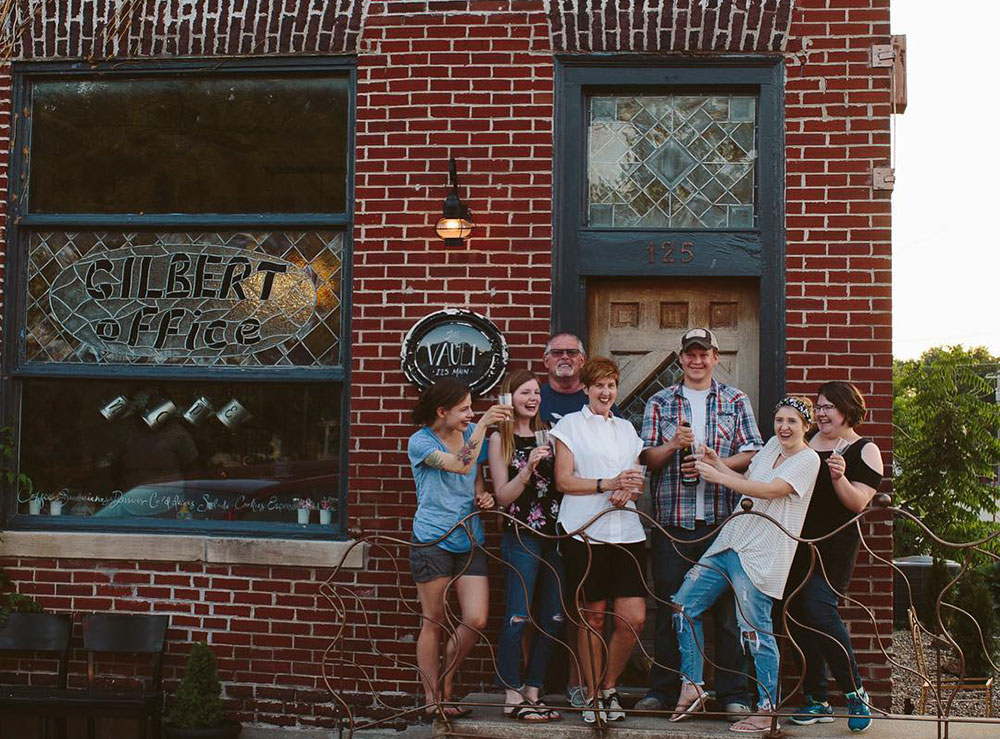 Story County’s palate pleasers are a blend of old-school staples and new-school ideas – from country- style breakfasts oozing with gravies at family-run restaurants, to young entrepreneurs putting worldly spins on new American favorites. From post-game meals to unique dining experiences, the food scene surrounding Ames serves up something for everyone:

Here are some of our favorites eateries from the local food scene.

When it’s time for elevated cuisine and a possible downtown date night in Ames, look no further than Aunt Maude’s. Established in 1975, the Main Street restaurant embraces new American cuisine, plating seasonal dishes like seared duck breast and pairing them with wines from around the world.

Dublin Bay Irish Pub & Grill in Ames brims with Irish pub grub and friendly faces to match. The classic “fayreâ€ includes Irish soda bread and butter and corned beef. They also put a spin on a pub favorite with the Guinness BBQ Burger. Not hungry? The cozy decor beckons any and all for a quick brew.

Macubana is a staple, featuring an assortment of soul foods, eclectic sauces and some of our Cuban-inspired favorites. The Tempura Mac Attack is one of the restaurant’s specialties and who doesn’t love deep fried cheese?

The Vault in Gilbert

A local couple opened The Vault in Gilbert in 2017. The name is an homage to its old bearings as a turn-of-the-century bank. These days, its relaxed bistro vibes, killer breakfast food, and evolving menu have made it a Main Street staple. Past menu highlights include the Southwest Pork Hash and Red Curry Soup.

Pick your crust: Thick or thin. Then pick your toppings: Housemade pork sausage and some ripe olives might be the night’s pick. Then devour your pizza with friends and family. That’s how things are done at The Great Plains Sauce & Dough Co. in Ames, which has served the community since 1979.

The Cafe has made a name for itself as one of the best haunts in Ames thanks to a rotating menu featuring items like chocolate ganache raspberry cake, corn risotto, and sourdough French toast. The Cafe’s thoughtfully sourced ingredients and impeccable service have lured a loyal fan base that dines in at all hours and grabs the freshly baked pastries to go.

Everyone likes their steak different, and at The Open Flame Steak & Lounge in Gilbert, peculiarities are welcomed. The restaurant lets you grill your own meats – from bacon-wrapped beef filets to shrimp kabobs – and pairs them with delectable bites like cheddar cheese balls and breaded mushrooms.

When the weather warms during spring and summer, there’s no better place to spend a Saturday morning than at the Ames Main Street Farmers’ Market. Stroll an array of handcrafted trinkets, artisanal treats, freshly picked produce and blossoming flowers, all while listening to live music. The programming changes weekly, packing in food truck showdowns, cooking contests, petting zoos and more!

The Center Grove Orchard in Cambridge is an attraction in itself, but don’t leave without grabbing grub from the Cafe and Bakery. Go for The Hay Cafe’s marquee meal, The Haystack – a monster mac & cheese topped with pulled pork, crushed potato chips, green onions, and tomatoes. Then indulge in all things apple – from ciders and pies to jellies and jams.

Part grocery store and part sit-down spot, The Mucky Duck Pub in Ames is an ode to all things British. They’ve got the classics covered – fish and chips, bangers and mash, and Scotch eggs – and beers to match, but locals absolutely love the weekend breakfast. The best part: You can savor tea and crumpets at any hour.