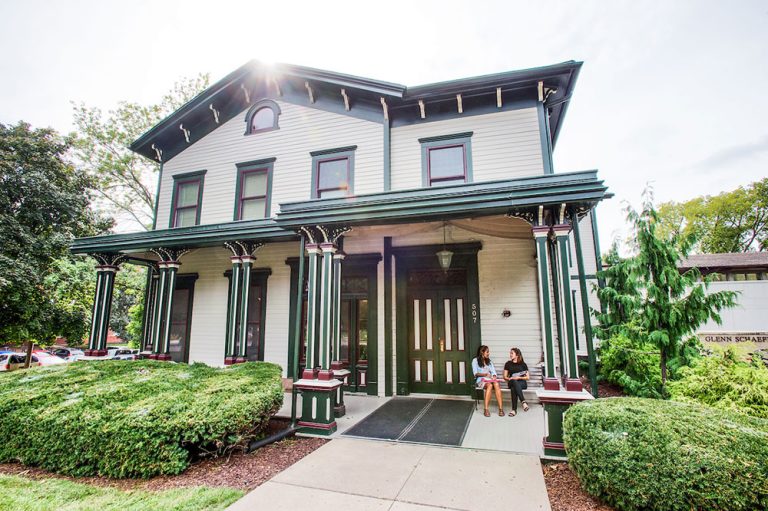 Home to a growing number of innovative, locally owned companies, Iowa City has earned its reputation as a place in which entrepreneurs can grow their business and thrive. One reason for the city’s startup success is the collaboration within the business and education communities to attract and retain top talent.

“A lot of the success of startups in this area connects back to the university and the secondary education resources that are in this community. The University of Iowa is in our backyard, but right up the road, we also have Kirkwood Community College, Coe College and Cornell College, which are all great sources of talent as well as really significant sources of new ideas and innovation that provide a lot of opportunities for high technology entrepreneurs,â€ says Ben Clark, COO of IDx, developer of the first FDA-approved automated diabetic retinopathy diagnostic solution.

“We here at IDx have had a tremendous experience just tapping into the really bright, really driven, really skilled labor force of interns who are just a fountain of energy and new ideas coming out of the local schools. That’s been an incredible resource for us in addition to the faculty and the campus resources as well.”

“I think that from an entrepreneurial perspective, there’s a lot of upside to being a big fish in a small pond. If you have a promising business idea in this community and you’re chasing it hard, my experience has certainly been that people want to help. It’s just the nature of Iowans and people in this community to figure out a way to make their neighbors succeed,â€ he says. “It’s part of the fabric here, and whenever we turned outside of our organization for help – whether it’s been on the business side or the customer exploration side, whether it’s been on the technical side or on the research side, we have always had a bevy of hands raised, ready to stand up and help us figure something out or help us get something done.”

Jon Sewell, owner of the DP Dough in Iowa City and founder of the food delivery service CHOMP, knows firsthand the importance of community service in the success of a startup business. Sewell launched CHOMP in 2017 after delivery giant GrubHub bought out competitor OrderUp and raised fees for participating restaurants. Sewell worked with other local restaurateurs to offer residents another option for food delivery.

“Iowa City is a very close-knit town that believes in local and independent business. It’s very supportive of local entrepreneurs, especially when they are competing against national interests,â€ Sewell says. “That’s basically what the situation with CHOMP was. We had a national interest coming in that was going to do some destructive things to the local food economy, and when we formed our own company, the local media was extremely supportive, talking about what we were doing and putting it in a positive light, and the local citizens really responded well to that. This is a community that really supports local business, and that’s what independent business people need.”

Resources, such as IC CoLab and the University of Iowa John Pappajohn Entrepreneurial Center, have helped companies such as Pear Deck, an educational technology company, thrive. The company, founded in 2014 by former Iowa City teachers, won $25,000 in the 2014 John Pappajohn Iowa Business Plan Competition as well as the New Startup of the Year award at the Silicon Prairie Awards and Steve Case’s Rise of the Rest pitch competition at SXSW. Since then, the company’s interactive learning app has been downloaded and used in more than 100,000 classrooms around the world.

Clark says a high quality of life, which includes a thriving arts and culture scene as well as ample outdoor recreational opportunities, also contributes to the city’s entrepreneurial spirit.

“There’s this balance of a lot of open space and quiet alongside a real cultural density that’s significant,â€ he says. “You can get both this space to pursue something big, but also a lot of creative inputs, and that makes this community pretty special and allows you to pursue something big from an entrepreneurial perspective.”