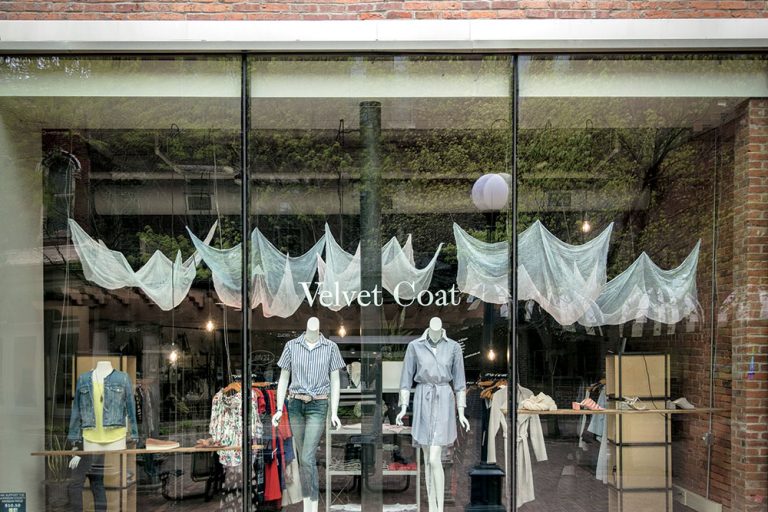 Travel convenience and short commutes are already a selling point for relocating to (or staying in) Iowa City, but two major improvement projects are making it even better.

One is a now-completed Gateway Project that enhanced one of the city’s busiest roads, and the other includes many significant downtown infrastructure improvements to make the city’s core a better place to do business, shop, eat and hang out.

First, the Gateway Project: To remedy occasional flooding on the major thoroughfare of Dubuque Street, a $42.5 million project began in 2016 to elevate the street 10 feet and also replace and elevate its adjoining Park Road Bridge at the city’s entrance. The massive two-year construction project was completed in fall 2018, in time for the University of Iowa Hawkeyes’ first home game of their 2018 college football season.

“Thank goodness for the completion of the Gateway Project,â€ says Ashley Monroe, Iowa City assistant city manager. “Dubuque Street is so vital to our city because it carries 25,000 vehicles a day and is the best connection between Interstate 80 and our downtown. It also connects to the University of Iowa campus.â€

Secondly, downtown infrastructure improvement projects are also set to significantly improve getting around, in cars and on foot. It’s a current ongoing process that will take another year to complete, with construction focused on upgrades to key downtown streets such as Washington, Dubuque and College as well as the Pedestrian Mall, a popular destination and gathering spot.

“Improvements largely focus on upgrading underground utilities, underground pipes, installing fiber optics and replacing many broken clay-brick sidewalk areas that have become a safety issue,â€ says Nancy Bird, executive director of the Iowa City Downtown District. “All this construction creates an inconvenience for business owners and their customers, but they are infrastructure upgrades that must be done. Most business owners are staying positive about how this will improve the district.â€

Bird says there are 350 businesses downtown, and the Ped Mall provides entertainment and attractions for all age groups.

“Our downtown also offers great walkability and bicycling options,â€ she says. “The sounds of construction will be over as quickly as possible. Hang in there, everyone.â€

Terry Dickens is co-owner of Herteen & Stocker Jewelers at 101 S. Dubuque, and he agrees that most business owners are keeping a positive, optimistic attitude through the downtown construction process.

“As for my personal situation, the improvements have also resulted in parking being available on my side of street for the first time in 40 years,â€ he says.

Michelle Garvin is also being patient and optimistic. She owns Velvet Coat, a women’s clothing and shoe boutique at 118 E. College.

“I’ve been in business 18 years and knew for a long time that construction was coming and is certainly needed,â€ she says. “We can’t lose sight that we live in a city where the downtown district is valued, so the city is putting a lot of time and money into maintaining its beauty and infrastructure.â€

The tough part for Garvin will be in 2019 when College Street will be upgraded, including right in front of her store.

“That’s OK. The bricks are uneven, and rainwater puddles in weird ways that become a real problem when they freeze in the cold weather,â€ she says. “Everyone feels the inconvenience, but we’re framing it positive because the end result will be so good.â€