Skip to content
Home > IA > Iowa City > Experiences & Adventures > Want to Be a Writer? Here Are 5 Reasons You Should Move to Iowa City

This literary haven in the heartland is a writer’s dream come true. 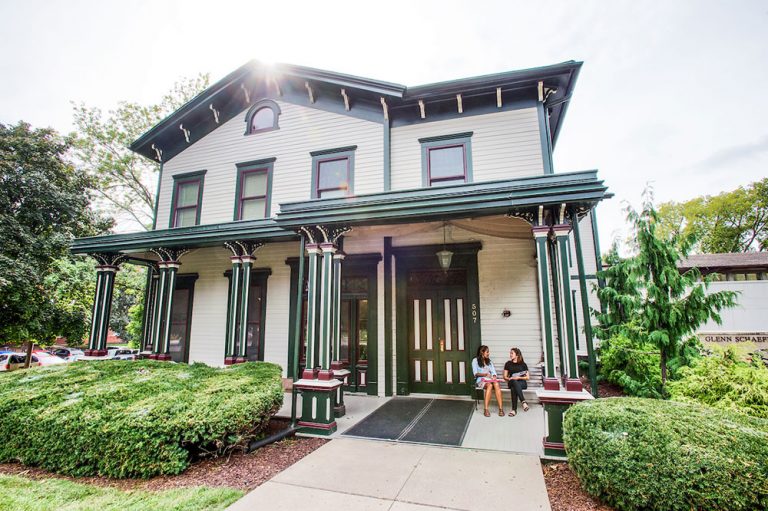 Back in the early 1900s, creative writing wasn’t something you studied or taught. Sure, the English language could be intellectually and linguistically analyzed, but poetry and fiction rarely made appearances in academia. That is, until the Iowa Writers’ Workshop was born in Iowa City in 1936, becoming the first creative writing degree program in the United States.

Over the past 80 years, some of the world’s greatest writers have studied, taught and lived in this charming, Midwestern college town – home to the University of Iowa – inspiring a vibrant literary scene unlike anywhere else in the country or even the world. Countless aspiring writers have packed up and headed to Iowa City to master their craft (you may remember Lena Dunham’s character doing so in “Girlsâ€), and if you dream of seeing your name on a book cover someday, you might want to join them.

Here are five reasons Iowa City, Iowa, is the best place to live if you want to be a writer.

Not only is Iowa Writers’ Workshop the oldest creative writing program in the country, it’s widely regarded as one of the most prestigious MFA programs out there. Intimate classes of America’s most promising writers meet in The Dey House, a sun-lit 140-year-old mansion, to share their work, receive peer criticism and improve their craft.

Over the years, thousands of remarkable graduates have garnered nearly every major literary award in existence; IWW alumni include 17 winners of the Pulitzer Prize, six U.S. Poets Laureates and numerous winners of the National Book Award and MacArthur Foundation Fellowships. Famous graduates and teachers include the legendary Kurt Vonnegut, Flannery O’Connor, John Irving and Marilynne Robinson.

2. The chance to live in a “City of Literature.â€

Recognizing its deep literary roots and vibrant writing culture, Iowa City became the very first city in the United States – and the third in the world – to be designated a “City of Literatureâ€ by the United Nations Educational, Scientific and Cultural Organization (UNESCO) in 2008. It remained the only American city on the list until Seattle joined the club this past year.

Other cities throughout the world with the same designation include Edinburgh, Scotland, and Melbourne, Australia – all part of the Creative Cities Network. In choosing Iowa City, UNESCO not only recognized the Writers’ Workshop and its literary legacy, but the way it keeps expanding. For example, Iowa City is home to 11 literary presses and hosts a wide range of programs aside from creative writing, including the Translation Workshop, the Playwrights’ Workshop, the Nonfiction Writing Program, the Summer Writing Festival, and the Young Writers’ Studio.

MFA programs in America have historically lacked diversity, and Iowa had been no exception. But that changed with the current director of the writers workshop, Lan Samantha Chang, who has worked to increase diversity and reflect a more diverse range of voices in the MFA program.

In addition, the school has brought international writers to Iowa for more than four decades through the International Writing Program, a residency for artists from around the world. Since its founding in 1967, the program has hosted more than 1,400 poets, novelists, essayists and journalists from more than 130 countries. Whether or not you’re in MFA program, living in Iowa City means being surrounded by the best writers from around the world.

4. Get inspired by nonstop events and happenings.

You will be hard pressed not to find a literary happening of some sort on any given day – over the course of the year, Iowa City holds more than 180(!) such events. The City of Literature puts on the Iowa City Book Festival, held in October, which features emerging and established authors from around the world. The Iowa Summer Writing Festival is another major attraction in which workshops are open to the general public.

Writing is also embedded into the city’s culture, especially downtown, where a “Literary Walkâ€ can take you through much of Iowa City’s literary history, with a series of commissioned bronze artworks embedded in the sidewalks highlighting the words of a writer with ties to the town. Prairie Lights, a destination bookstore since it opened in 1982, is at the heart of the downtown community. It hosts events and readings from local and visiting authors throughout the year – even President Barack Obama stopped by when he was in town.

Iowa City isn’t good just for literature – if you move there to work on your writing craft, there are plenty of other reasons you’ll enjoy it. In fact, earlier this year it earned the #4 spot on our list of the Top 100 Best Places to Live in America. The downtown area, comprised largely of a pedestrian mall with restaurants, bars and shops, is the heart of the city and embodies its quirky and artistic culture. In the summer, for example, pianos are set out for public use, and in the winter, trees are wrapped in sweaters, ready to be embraced by (literal) tree huggers.

Overall, residents here embrace creativity of all kinds and the city’s cultural events reflect that, from music at the Mission Creek Festival and Jazz Fest, to film viewings at the Landlocked Film Festival, and art at the Iowa Arts Festival.

So, next time you hear a promising writer – or anyone, for that matter – is relocating to the middle of Iowa, now you know why. And perhaps you should join them.