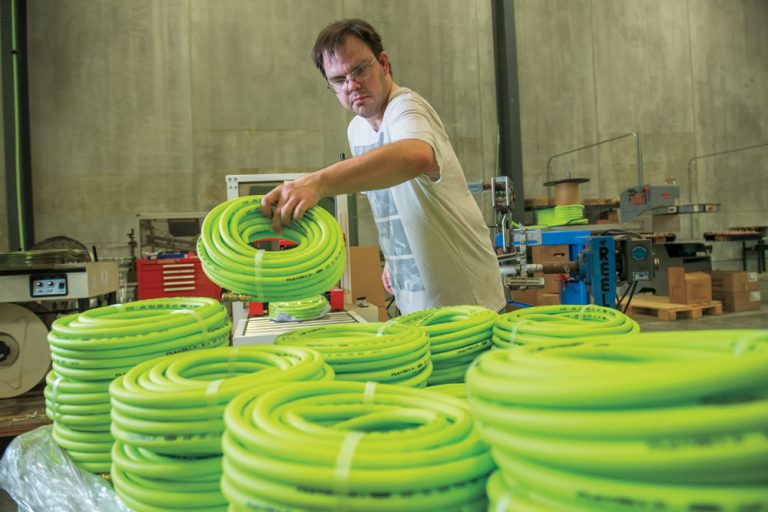 Innovative companies in Marion are growing and thriving, thanks in large part to fiber infrastructure.

One such company is Involta, which started in 2007, and operates a high-security data center in Marion. The center securely houses critical computer systems and related components for businesses, government and educational institutions, and Involta now has more than 1,000 clients.

“We built our first data center in Marion and completed it in 2008, and now we have 15 data centers around the country that provide software management solutions,” says Bruce Lehrman, CEO of Involta.

Lehrman says in the world of data centers, there are 9-10 cities in the United States that have a large preponderance of all the data center floor space. Those cities include Chicago, Atlanta, Miami, Phoenix as well as Northern Virginia.

“This means that much of the country is underserved from having that same top-notch infrastructure, so Involta provides world-class infrastructure in secondary markets,” he says. “The infrastructure our company provides is really important because in an inter-connected world, if we don’t serve smaller places where tech companies can be competitive and connected to the rest of the world, they become stranded. Our data centers provide a concentration point where many companies have their computing capability.”

Lehrman adds that Marion is an ideal city for companies to locate and have access to world-class connectivity.

“Involta helps drive down network costs because everything is concentrated in one place, then we pass that savings along to our clients,” he says. “If you are a technology company or a company with locations around the country, Marion is a great place for you to be connected.”

Also involved with the world of connectivity in Marion is ImOn Communications, which in 2017, celebrated its 10th anniversary. ImOn is a small Internet, cable and phone service provider that competes against larger area companies like Mediacom Cable, CenturyLink and dishNET.

“We are small, so the question might arise, ‘Why would somebody buy from us?’” says Patrice Carroll, CEO of ImOn Communications. “The reason is that we are local and act local, acting like we are doing business with our neighbors – because we are.”

Carroll says ImOn treats every customer in a personal way, “like they are our next door neighbor.”

“We focus on quality in all aspects of our company to ensure that customers are getting the very best service,” she says. “We continually update our network and offer the fastest fiber-to-the-home Internet technology, and our fast broadband also gives customers the clearest possible pictures on their TVs.”

ImOn is a private venture that is growing steadily to different areas throughout the Marion region.

“Business is going great,” Carroll says. “We are competing effectively as a small company that does things very well.”