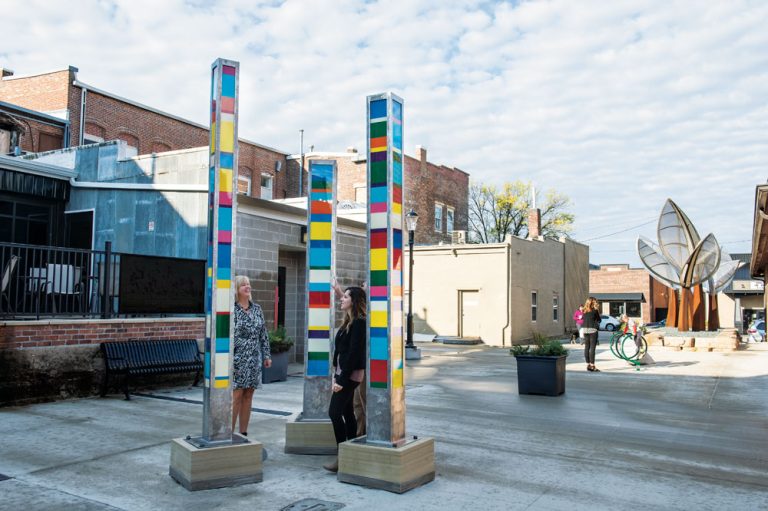 Like many cities and towns across the country, Marion, Iowa is currently going through a renaissance, and major redevelopment projects are expected to cement the town’s status as a regional hub for business, urban living and entertainment.

An area of the community that was once the industrial edge of town has slowly transformed into the center of the community. The on-going Central Corridor redevelopment project is a direct response to that shift. The project calls for implementing a long-term traffic management plan for Marion’s core, balancing traffic between Sixth and Seventh avenues and creating a more pedestrian-friendly atmosphere in uptown Marion. It is also intended to relocate industrial businesses to newer industrial areas, clean up some of the old industrial parks and build out new mixed-use commercial and residential structures.

Marion’s Planning and Development Director Tom Treharne says the Central Corridor project is intended to update what has become one of Marion’s main thoroughfares while retaining the Iowa town’s intimate feel.

“One of the things that Marion prides itself on is being a community that still maintains its small town feel,” Treharne says. “If you ask folks, they say they are from a small town, which is great, because I think that is what everyone loves about Marion. As we create major transportation infrastructure throughout, we are reflecting that small town feel.”

Why Business is Booming in Marion, IA

Another major development set to secure the city’s status as a retail and entertainment hub is Squaw Creek Crossing –– a $35 million development project at the intersection of Highways 13 and 151.

“It’s an area that really for the last decade has … just been a wide open, undeveloped piece of property at a really highly visible gateway to our community,” says Nick Glew, president of the Marion Economic Development Corp. “We had some individuals that acquired it in late 2016, and the project that they proposed to the city is a mixed-use project.”

Glew says plans for the property include a hotel, restaurants, commercial and retail space as well as multi-family residential housing.

“Expansion of our retail base is something the city has really focused on over the last couple of years, and this is a site that is perfect for retail because of its high traffic count with four-lane highways adjacent to it,” he says. “This project is at the gateway to our community, so we think it’s going to create a lot of great momentum for other commercial development even once this site is filled out.”

Glew says the development could also play a big role in boosting the city’s tourism industry.

“Squaw Creek is located just a few miles from another project called Prospect Meadows, which is a multi-diamond baseball complex that will be bringing thousands of new visitors to our community beginning in 2019,” Glews says. “A lot of these folks are coming from outside the state, so this particular location will really be huge as far as supporting those visitors coming in for those baseball events and other out-of-town tourism visitors.”