Skip to content
Home > IA > Waterloo > Love Where You Live > Why Cedar Valley, IA is a Great Place to Live

Why Cedar Valley, IA is a Great Place to Live

The fun is never done in Cedar Valley; here are some of the shopping and socializing high points. 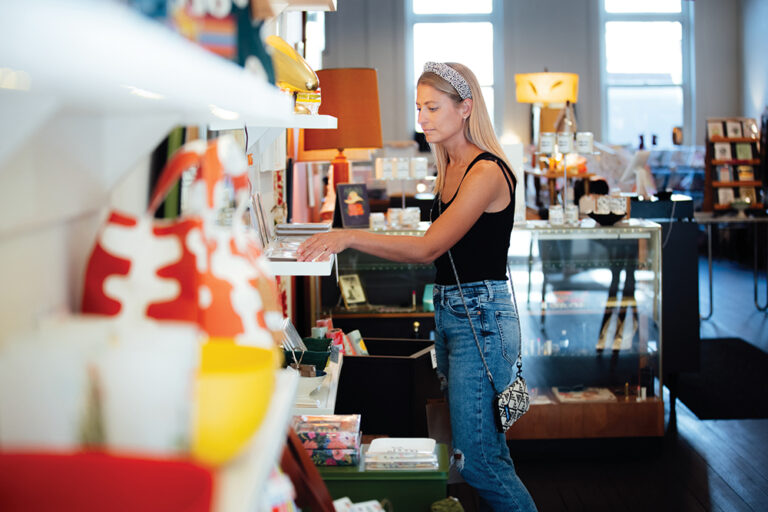 The retailers and restaurateurs of the Cedar Valley are a diverse bunch. You can find an upscale sports bar, an experimental brewery and a bookseller building a community hub — all along the banks of the Cedar River.

This region’s spirit makes having fun look easy. Looking for where to hang out during the day – and night? Here are some places to explore.

Start your shopping spree in Waterloo at Soul Book Nook bookstore. Owner Amber Collins grew up splitting her time between Waterloo, where she lived with her grandparents and traveling the world with her mother, from whom she acquired her lifelong love of books.

In September 2020, Collins says she opened the bookstore “to provide a sense of self, safety and security in our community.” Her goal: to create a safe place that brings together people — regardless of ethnicity or politics.

Two years later, she says it’s been a great success. The shop’s windows entice with colorful BIPOC-centric publications, though Collins welcomes any and all book lovers to enjoy the shop’s wide selection and cushy armchairs.

Across the street is shady Newton Park. Anton’s Garden, a German-style beer garden, pops up there in summer months and is the perfect spot to enjoy a brew with a new book. Just over the Cedar River is Pretty Good Co., a custom antique printing press offering adorable greeting cards, fun printmaking and craft workshops.

Those looking to take advantage of Iowa’s great outdoors can venture a bit further north to Waverly’s CrawDaddy Outdoors, a three-story outfitter offering one of the state’s largest selections of kayaks, climbing and camping gear.

After a day of shopping, you’ll need sustenance, and the region offers a bevy of dining options at all price points.

El Patron Mexican Restaurant in downtown Waterloo turns out colorful margaritas and trendy birria tacos in a family environment. Just half a mile away, event venue Cappella Magna — the only replica of the Sistine Chapel ceiling in the world — offers a high-end experience with six- to eight-course tasting menus.

Fast casual joint Greenhouse Kitchen serves up salads, wraps, and rice and poke bowls at locations in both Waterloo and Cedar Falls. Other dining options in the Cedar Valley that locals rave about include Rancho Viejo Mexican Restaurant, The Pub at the Pinicon and Klunder’s Kafe.

A variety of taverns line Cedar Falls’ charming Main Street. Double Tap Beercade serves up nostalgic fun with nearly 40 arcade and pinball machines, and beer lovers will find a sudsy soulmate among the over 30 craft beers at The Brass Tap. For a view, Bremer Brewing Company in Waverly overlooks the 338-milelong Cedar River.

Locavores won’t want to miss SingleSpeed Brewing Co., a Cedar Valley original with taprooms in both Cedar Falls and Waterloo. The brewery’s Waterloo location is inside a refurbished Wonder Bread factory built in 1927. There’s nothing white bread about SingleSpeed’s beer, though. Its lineup includes classic pilsners, stouts and IPAs, plus experimental and sour brews.

New to the region’s restaurant scene is Denali’s on the River, which opened in the former Okoboji Grill at River Ridge Golf Course in Independence.

Owner Brad Knepper has made extensive renovations to the restaurant, including replacing frosted-glass windows with clear windows to offer views of the Wapsipinicon River. In addition, a dock and walk-to-service boaters have been added as well as a pick-up window to serve golfers more quickly.

According to an article by John Klotzbach in the Independence Bulletin Journal, Knepper’s wants to create an “upscale sports bar, but with ‘local’ pricing.”

The name Denali’s on the River is a tribute to Knepper’s brother, Mark, who passed away in November 2019. Mark Knepper had a chocolate Labrador retriever named Denali.

If you’d like to learn more about the Cedar Valley area, check out the latest edition of Livability: Cedar Valley, Iowa.

Tyson Foods’ pork plant in Waterloo provides a place for you to grow your career and expand your possibilities.